The Romance of Alexander 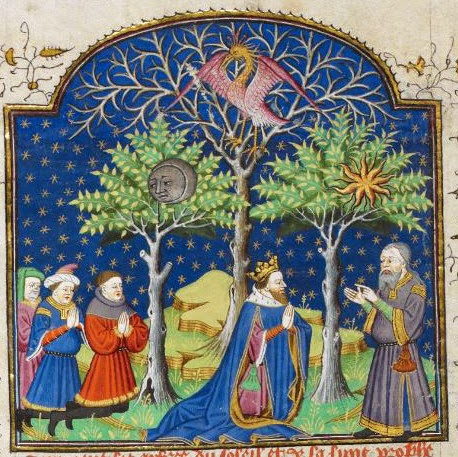 Illustrations of some of the more fantastic scenes from the Romance of Alexander, from a fifteenth-century manuscript known as the Talbot Shrewsbury Book. This manuscript, now in the British library, is a collection of  romances, chivalric treatises, instructional texts and chronicles compiled as a gift to Margaret of Anjou from the 1st Earl of Shrewsbury,who escorted her to England in 1444 for her marriage to Henry VI. Above, Alexander consults an oracle, a distorted version of the ancient story of his visit to the Egyptian oracle that proclaimed his divine parentage. 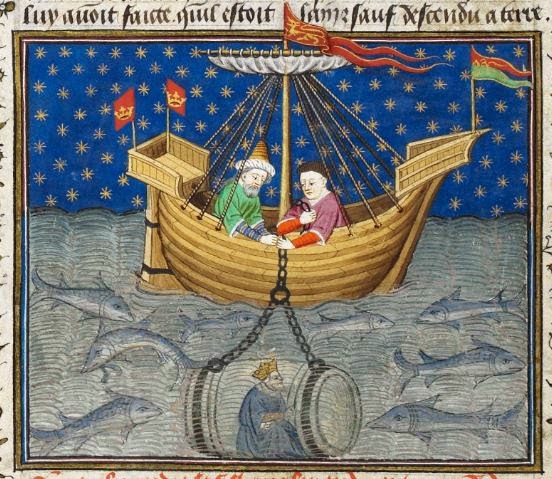 The Alexander romance was vaguely based on the life of Alexander the Great -- he is King of Macedon and battles with Persians and Indians -- but with many elements taken from European romances, ancient travel literature, and fantastic tales. Here is one of the most famous images from the Talbot Shrewsbury Book, showing Alexander lowered below the sea in a glass barrel. 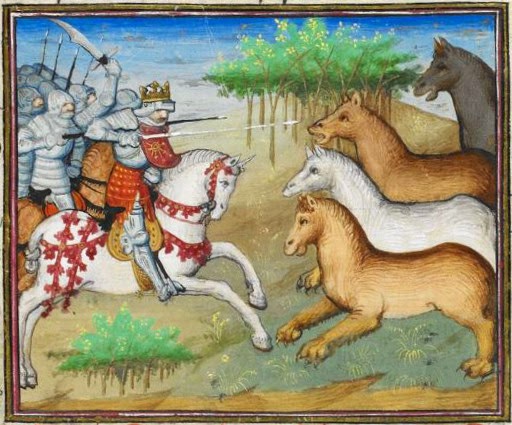 Alexander encounters beasts with the bodies of horses and the paws of lions. 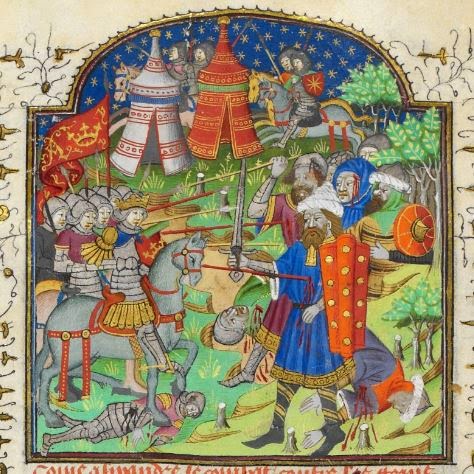 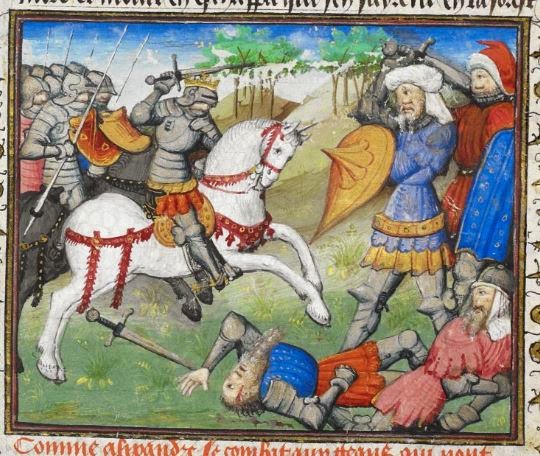 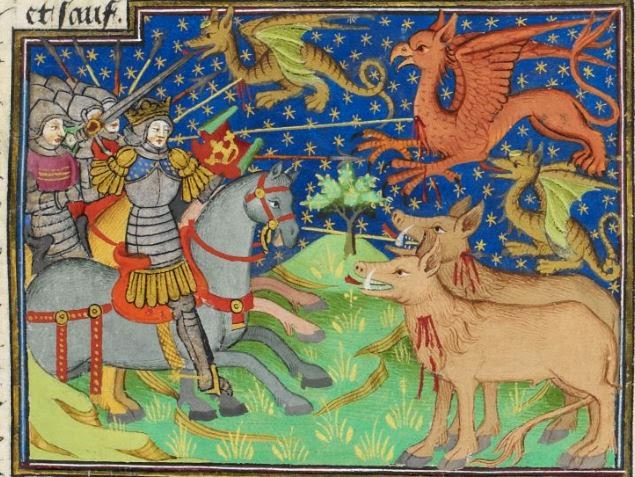 And dragons. If you ever wondered where is all the fantastic stuff in medieval European literature -- the dragons, the monsters, the headless men, and so on -- the Romance of Alexander is the chief repository. 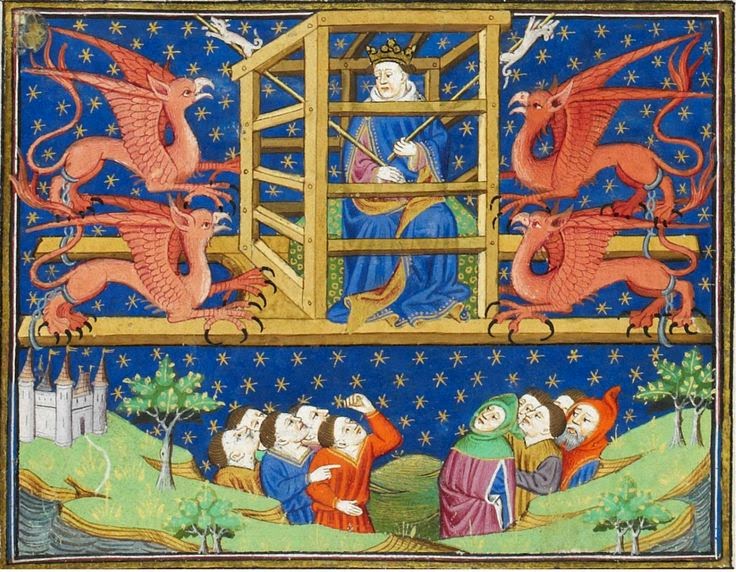 Another famous image, Alexander ascending into the air in a cage lifted by griffins. 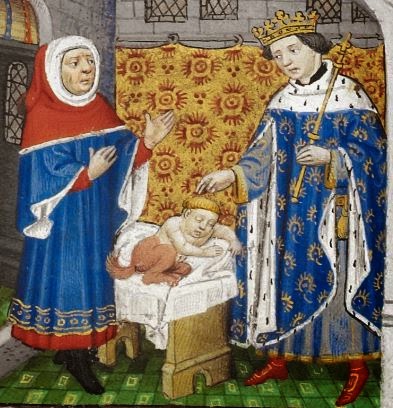 I couldn't really make out the old French underneath this picture, but I thought it said Alexander was saving this beastly baby with his astronomy. I could probably find this episode in translation and discover the real story, but I prefer my through-a-glass-darkly reading. 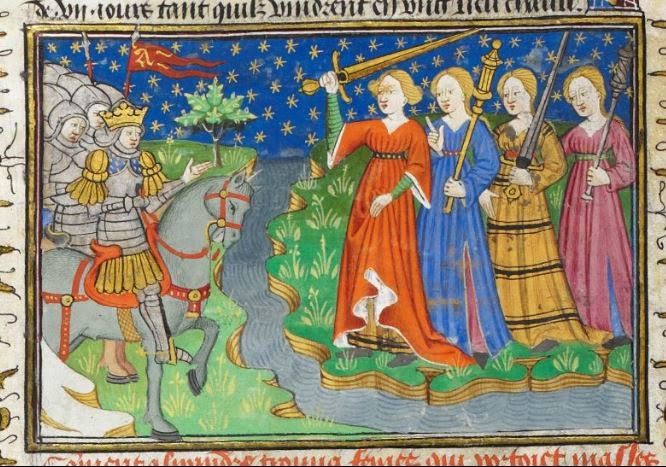 Amazons. According to our ancient sources, stories about Alexander and the queen of the Amazons were already circulating while his friends were still alive; when one of the old companions heard such a tale he asked, "Where was I when this was happening?" 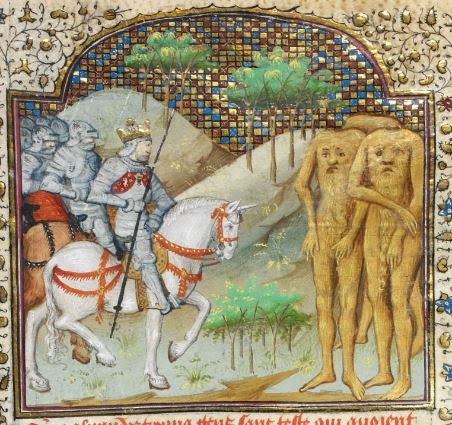 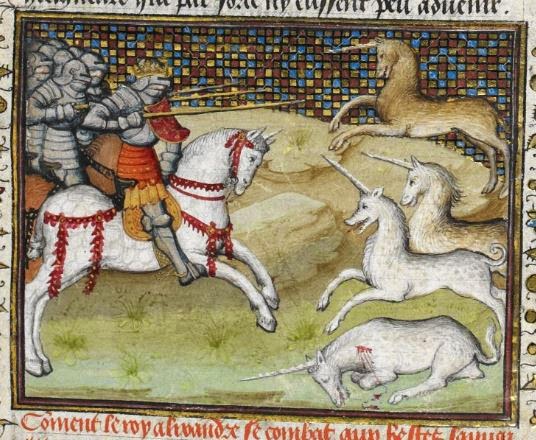 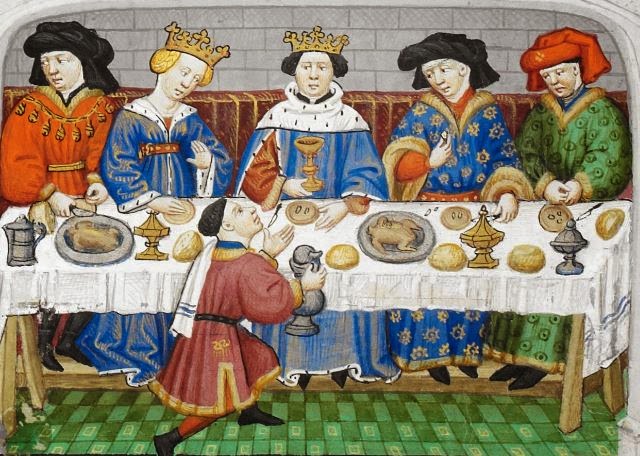 And a nice, ordinary banquet, with some of those splendid fifteenth-century clothes.
Posted by John at 7:20 AM