The Sacred Heart of Ancient Dacia 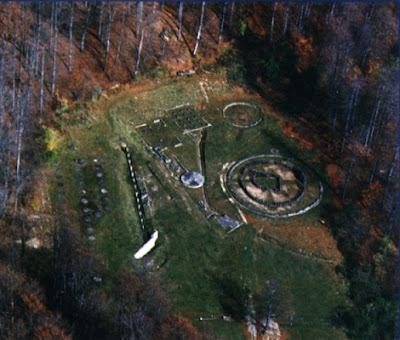 Before the Romans conquered Romania and settled it so heavily that it ended up with their name, it was called Dacia. The Dacians were a collection of tribes that had fallen under the sway of a powerful royal family. That family was based at a city the Romans called Sarmizegetusa. Once Trajan's legions had defeated the Dacians and sacked their city, in 107 AD, it was refounded as the Roman colony of Sarmizegetusa Ulpia Traiana. This new city became the provincial capital and an important trading center. Excavations have been going on at the site on and off since 1924, and many of the Roman buildings have been uncovered. 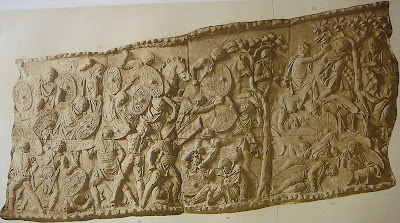 The conquest of Dacia is the campaign immortalized on Trajan's Column; above, Romans fighting Dacians. Hidden among and under the great mass of Roman construction are some remains of ancient Dacia, including defensive walls, the palaces of noble families, and workshops for smelting ore and working metal. The most important Dacian find is the sacred enclosure shown above. The Romans seem to have left this area alone, building their own temples elsewhere, so what you see dates to the peak of the Dacian kingdom, 84 BC to 106 AD. The Dacians' chief deity was associated with the sun, and that large circular structure seems to be a solar temple. The wooden posts, alas, were placed during the communist era to make the site look more impressive, and these days archaeologists are dubious. 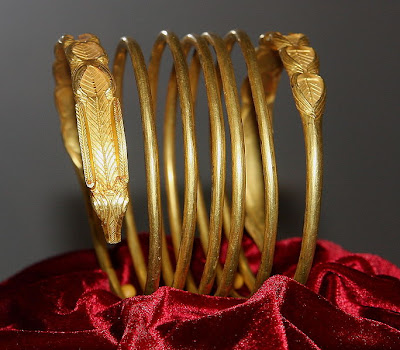 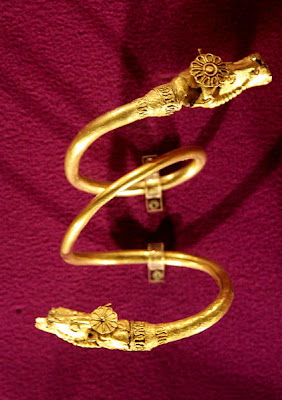 Dacia was rich in gold and other minerals, and Trajan's men carried a great treasure back to Rome. Some glimpses of the wealth of the Dacian elite have recently come from Romanian tombs. These objects are controversial, and some people think they are fake, but the latest scholarship supports the notion that they are genuine Dacian relics.
Posted by John at 9:03 AM