Before the EPA II: Water Pollution 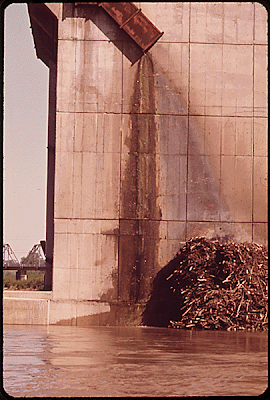 Since leading Republicans keep talking about abolishing the EPA, I have started this little series of posts about what the U.S. what like before the passage of the environmental laws that the EPA oversees. I already covered air pollution, so today I take up water pollution. 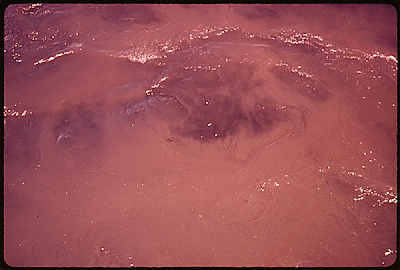 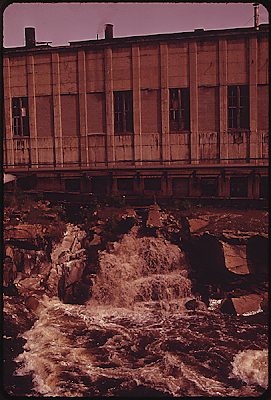 From ancient times down to 1970, it was just a fact of life that urban waterways were gross and disgusting. Cities stank. On hot summer days, a place like London, Paris or even Philadelphia could become almost unbearable even to tough 18th-century noses. This led progressive engineers to design waste treatment systems, and there were some improvements by the end of the 1800s. Factories and mines also made some efforts to clean up their wastes. But raw sewage still poured into every urban stream, and factories still disgorged highly acidic, chemical laced wastes. 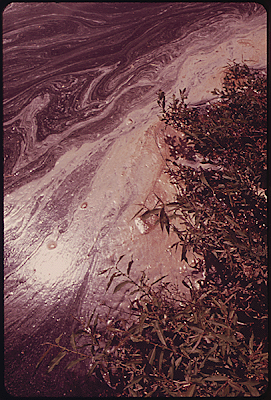 Tanneries and paper plants were especially notorious for their foul wastes; these are pictures of the Nashua and Androscoggin Rivers in New England, lined with paper mills. 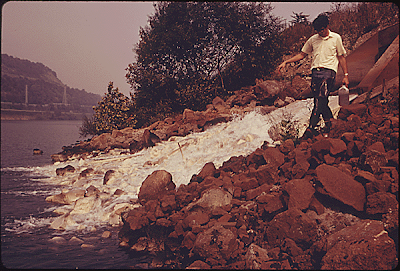 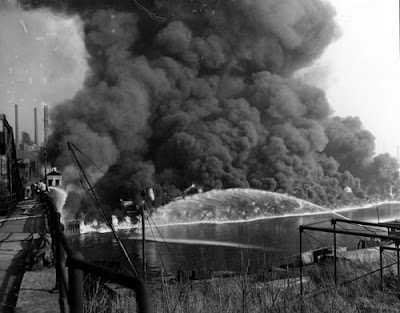 One of the famous fires on the Cuyahoga River in Cleveland, which burned several times in the early 1970s. News footage of a river on fire helped get public opinion behind the new environmental laws. 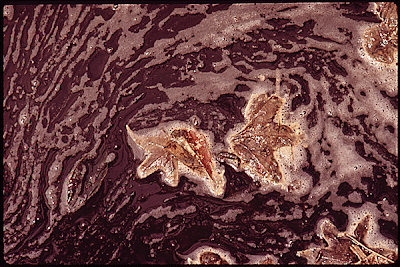 To understand how the Clean Water Act has transformed America, all you have to do is visit any big city and note all the new condominiums and hotels springing up along rivers and harbors. Before the 1980s, nobody wanted to live along the waterfront in any major city, because urban rivers were giant, stinking, chemical-laced sewers. (Chicago was an exception because the city's engineers made the Chicago River flow backwards, carrying the city's wastes toward the Mississippi instead of out into Lake Michigan. So the lake remained fairly clean, but the river itself was fetid.) Now one waterfront after another has become the hippest spot in town: San Antonio's Riverwalk, Baltimore's Inner Harbor, even the Anacostia River in Washington, the banks of which are now being transformed into a string of parks.

Opponents of environmental legislation sometimes complain that environmentalists place animals over people. But the Clean Air and Clean Water Acts have benefited people more than any other life form. We, after all, are the ones who live in cities and used to choke on the smell of our own wastes. The rebirth of downtown areas in old cities like Baltimore, Tacoma, Portland Maine, and many others would not have happened without the cleanup of urban streams and harbors. It is also important to note that some of the industries most affected by the Clean Water Act are still thriving in America. Spokesmen for the paper and chemical industries, especially, claimed that they would be devastated by the law and would have to move their plants overseas, but America still leads the world in those fields. 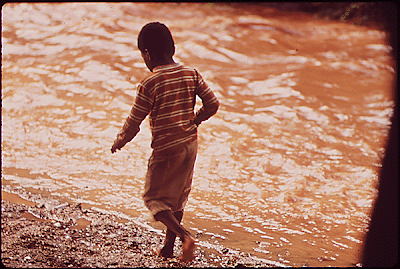 The Clean Air and Clean Water Acts have made America better for everyone. The EPA, which enforces them, helps all of us. To abolish it would be the worst kind of criminal folly.
Posted by John at 11:41 AM