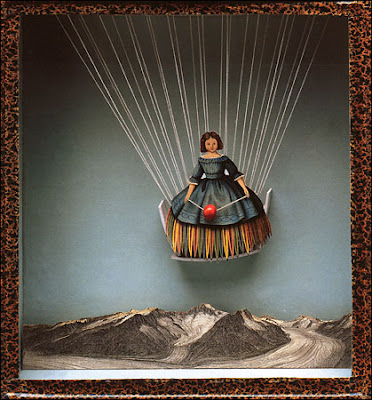 Joseph Cornell was a creature of twentieth-century New York. He lived his whole life (1903-1972) in a little house in Queens, too frightened of strangers to venture far from home. But more than that he seemed to breathe the spirit of the city: he was a walking catalog of oedipal obsessions and other Freudian neuroses, a haunter of second-hand book stores and out of the way curio shops, a collector of forgotten treasures, a hiker of sidewalks, a habitué of gallery openings and the ballet, a self-taught sculptor and filmmaker who learned all he knew about art from what he could see in New York and read in books from the public library. He befriended several ballerinas and actresses that he met through the Manhattan art scene, but never married or had what one might call a girlfriend; he was too strange, shy and awkward to interest the kind of glamorous women who fascinated him. 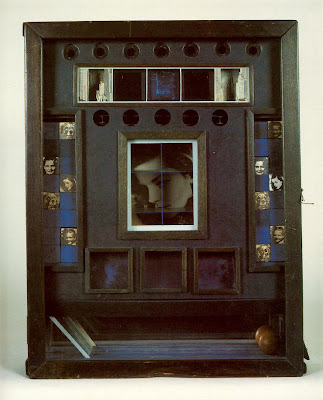 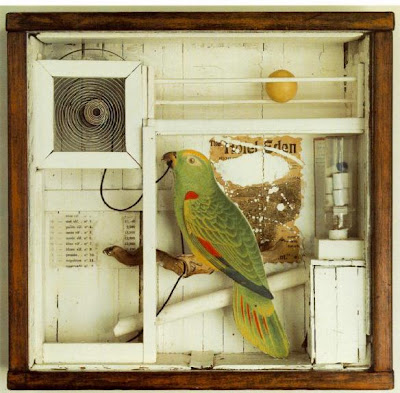 All of Cornell's work was assembled from found pieces. He made many collages, some of which are highly regarded. His films are also collages:


Cornell's 1936 found-film montage Rose Hobart was made entirely from splicing together existing film stock that Cornell had found in New Jersey warehouses, mostly derived from a 1931 'B' film entitled East of Borneo. Cornell would play Nestor Amaral's record, 'Holiday in Brazil' during its rare screenings, as well as projecting the film through a deep blue glass or filter, giving the film a dreamlike effect. Focusing mainly on the gestures and expressions made by Rose Hobart (the original film's starlet), this dreamscape of Cornell's seems to exist in a kind of suspension until the film's most arresting sequence toward the end, when footage of a solar eclipse is juxtaposed with a white ball falling into a pool of water in slow motion. 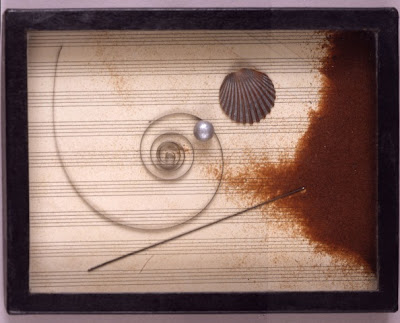 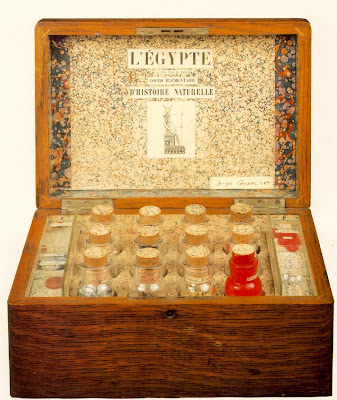 In the 21st century Cornell is known almost entirely for his boxes. He crafted these himself and filled them with images clipped out of magazines and objects he found during his thrift store crawls. Most of the boxes were made between the late 1930s and the early 1950s. Cornell did not make any real money from his art until after a big solo show in 1949, so during much of his most creative period he was working at various sales jobs to support himself, his mother, and his crippled brother. 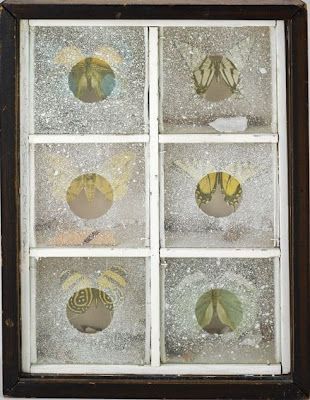 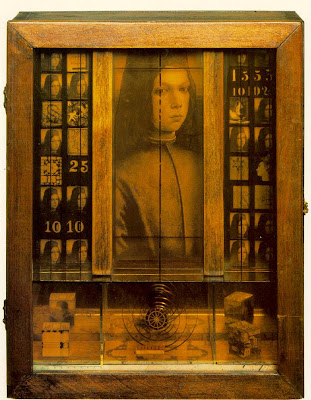 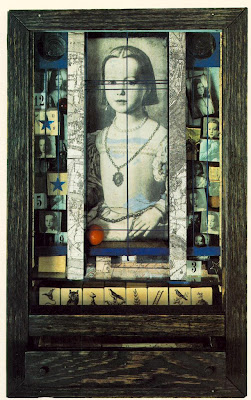 Even though I am generally scornful of found art, I have come to love Cornell's boxes. Some are arrestingly original. Others seem twisted and neurotic, still others merely weird. They are never shocking or grotesque. His recent imitators often use dismembered dolls and the like to grab your attention, but Cornell never went that route. His work is subdued rather than flashy, thoughtful rather than brash. 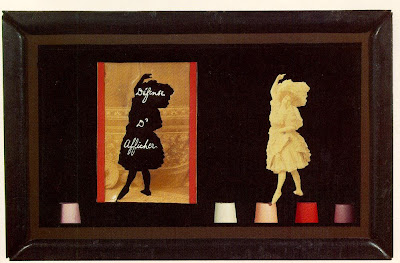 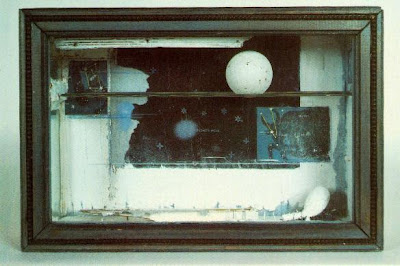 What I like best about the boxes is that they seem to express so perfectly Cornell's life and personality. They are windows into a world that was both cramped by neurosis and open to beauty and art. He was fascinated by maps, especially star maps; by machines; by time and memory; by nature as it was presented in museums. They are the interests of a quiet man, an observer, a wallflower, and he speaks to me through these little worlds. 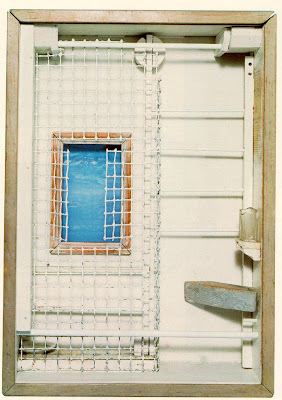 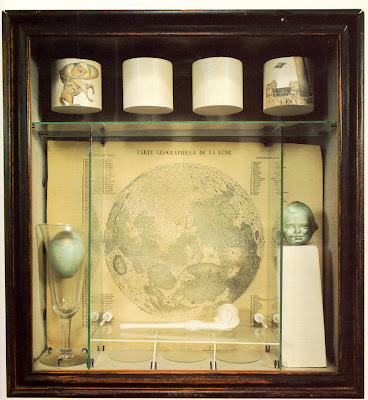