In the Hall of a 14th-Century Merchant 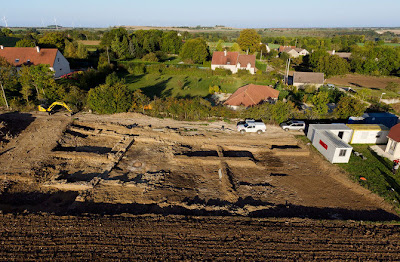 Excavations are underway near Dijon in France at the home of Huguenin Jacquin, a Burgundian wool trader mentioned in several documents that date between 1360 and 1384. What struck me about this house is that even at that late date, and even though the owner was a wool merchant rather than a knight, the center of the home was a huge hearth in the middle of a large hall. 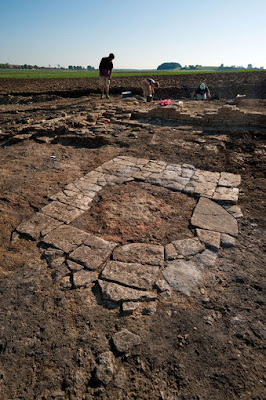 Chimneys had been in use in Europe for 150 years by Jacquin's time, but it seems that he and his household and friends still liked to relax in the most ancient way, gathered around a big, smoky fire, where talk of business conditions mixed with news of war and tales of olden times.
Posted by John at 7:06 AM