Culture vs. Institutions in the Two Koreas 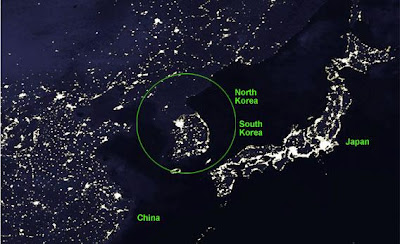 The absolute tragedy of malgovernance and suffering that is North Korea that will probably continue for some time yet despite the death of Kim Jong Il does serve as probably the most convenient illustration imaginable of the importance of political and economic institutions in shaping human destiny. North Korea and South Korea have similar geography, similar culture, similar racial/demographic issues, and totally different economic output thanks overwhelmingly to completely different political systems.