Count Harry Kessler and the Age of Europe 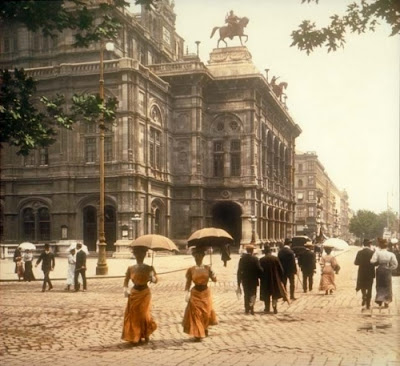 The diaries of Count Harry Kessler (1868-1937) have been issued in a new English edition, and Michael Dirda has a nice review. Kessler was a German count who attended an English public school and was equally at home in London, Paris, or Berlin; Auden called him "the most cosmopolitan man in the world." He knew, it seems, every artist in Europe during an age when European art was at its pinnacle of world domination. A sample sentence from the diary:

When only Nijinsky, Cocteau, Diaghilev, Bakst and Stravinsky were still there, the Aga Khan arrived in an Indian costume covered in precious gems.

This filled me with nostalgia for the golden years of the Belle Epoque, when painting, music and literature were being transformed by the impulses of modernism but had not yet sunk into abstract ugliness, when political ferment filled the world with ideas but not yet with tanks and concentration camps. The old order was collapsing under the assaults of industry, democracy, and globalization, but it still had enough strength to maintain order in society and in the salons.

For reasons I do not fully understand, that collapse continued until all the old values and institutions had been swept away, giving us cubism, dada, ear-bending music, fascism, communism, and world war. Yet the early stages of old Europe's decadence left us an amazing legacy of art and ideas, and reading about Kessler's dinner parties was for me like little glimpses of a golden age.
Posted by John at 7:54 AM