Before the EPA I: Air Pollution 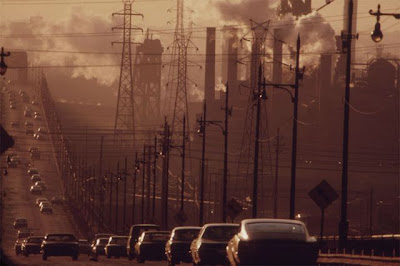 Since the Republican candidates for President seem determined to "abolish the EPA," I thought I might post a few reminders of what the United States looked like before the passage of the Clean Air Act and the Clean Water Act, the main laws the agency oversees. Many of these images were collected by the Interior Department in the run-up to the passage of environmental laws in the 1970s. Today, air pollution, leaving water pollution for another day. (See here.) 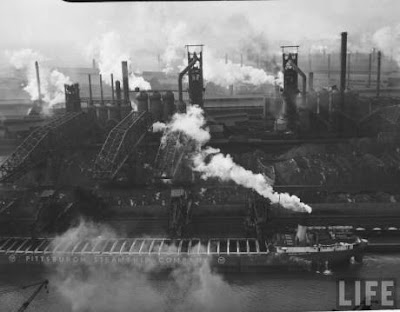 I suspect many Americans either don't know or have forgotten how foul the air we breathed used to be. Americans visiting China today are shocked by the brown clouds of coal smoke, but that was what all the world's cities were like 50 years ago, from London's endless "fogs" to the smog that hid the sunset in Los Angeles. There was also the stench of sewage, somewhat tamed by the great sewer building programs but still wafting up from every urban river and stream. Worse was what couldn't be seen, especially lead, an environmental and human catastrophe that is still very much with us. 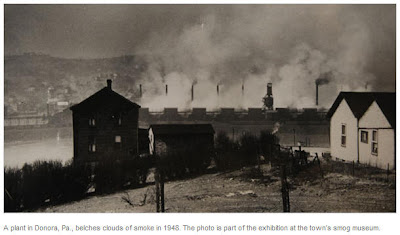 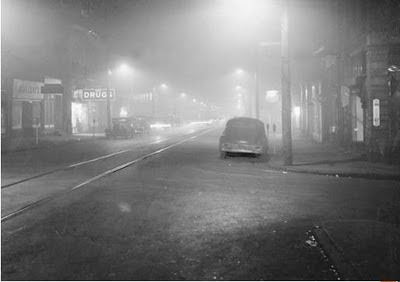 Anybody remember Donora, Pennsylvania? A deadly cloud descended on the town on October 28, 1948, full of sulfur dioxide and heavy metal dust from the nearby US Steel zinc smelter. By the time rain cleared the skies three days later, 20 people had died and 3,000 had been hospitalized. 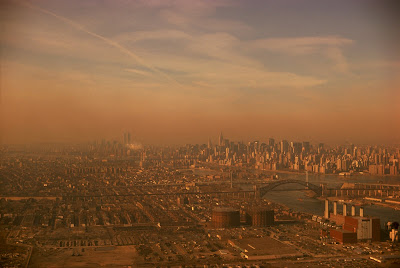 Tacoma, Washington in 1972. There are mountains back there somewhere, but for decades Tacoma's residents only saw them on especially clear days. 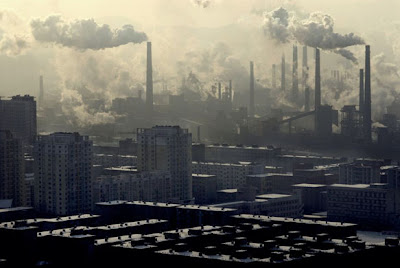