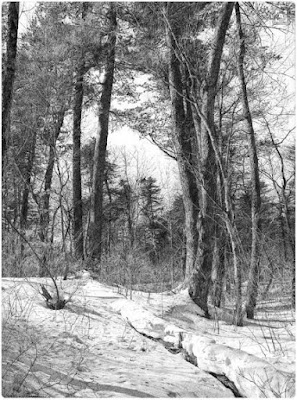 A few days ago I stumbled on this remarkable pen and ink drawing, attributed without explanation to a certain Yang Yu Tang. I saved it and resolved to look him up some time. 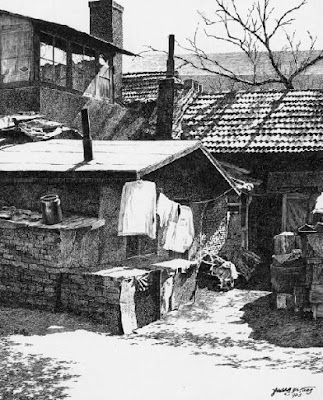 Sitting around yesterday morning, waiting for the rain to stop, I got my chance. Yu-tang Yang, to give his name in a more Chinese style, was born in northeastern China 1956. Many of his drawings document the landscape around Chung-chuen, where he grew up. (Autumn Sun) 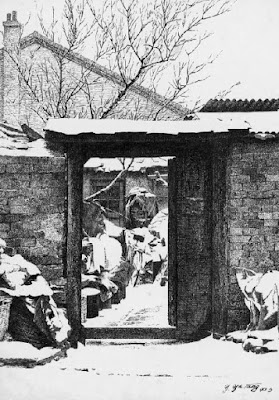 He began drawing and painting at the age of nine. In 1972 he failed the examinations to enter art school, the first of several such failures. (Neighbor) 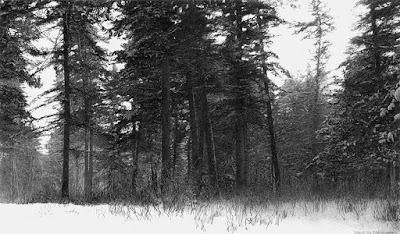 In 1975, after graduating from high school, he was sent to labor in the fields for a year. (Hsiung Soul) 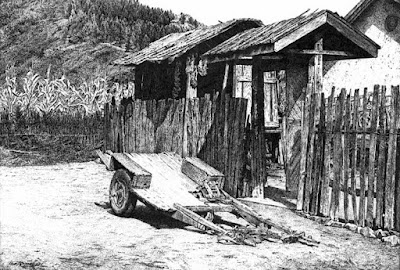 In 1979, after failing again to enter art school, he resolved to train himself. Throughout the 1980s he supported himself with what he called a "nice, easy design job" (Autumn Sun) 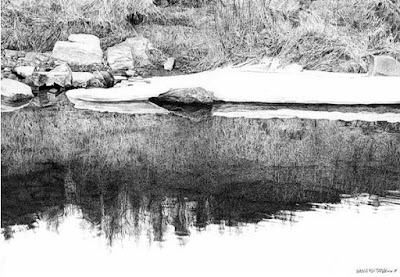 In 1990 he began to practice the style that he calls "penart." He spent 1992 in Japan, studying Japanese drawing. (Reflection) 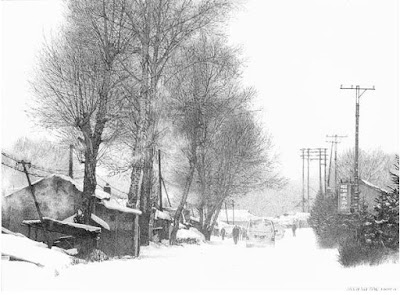 After his return to China in 1993 he quit that "nice, easy design job" and resolved to travel China, studying the people and landscape. All of these drawings date to after that time. (Snow Town) 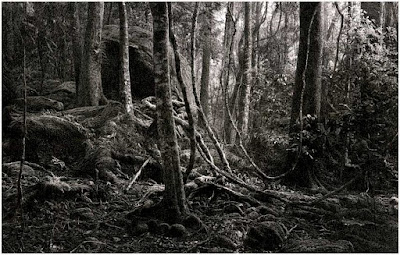 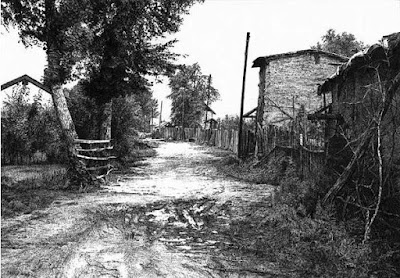 And these days he is famous enough that even I have heard of him. (Drizzle) More at the artist's web site.
Posted by John at 6:34 AM