The Okunev Culture: Southern Siberia in the Early Bronze Age 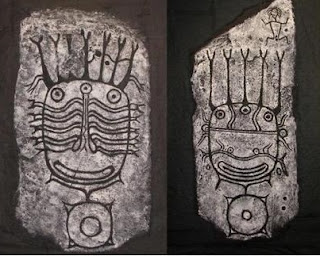 The Okunev Culture is the first Bronze Age culture of southern Siberia, specifically the region known as the Minusinsk Basin. It is known primarily from two kinds of archaeological remains: burials and stone monuments. 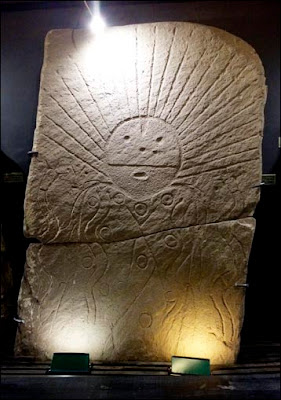 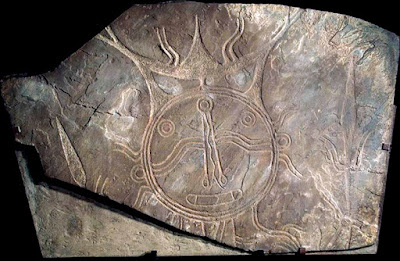 The carved stone stelae are up to 4 meters (13 feet) tall. Russian archaeologists believe that these faces are all solar symbols. 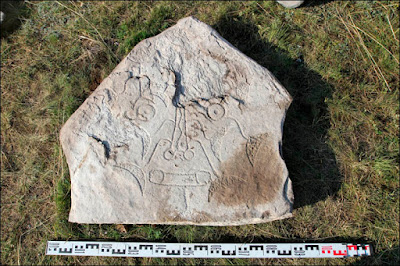 Similar images have been found on rock cliffs and smaller stones. 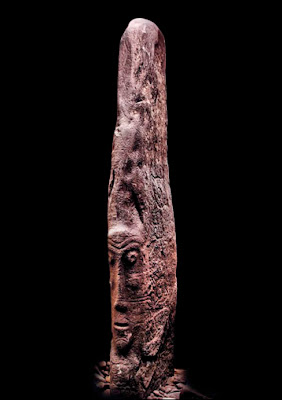 This antler figure is also attributed to the Okunev culture. 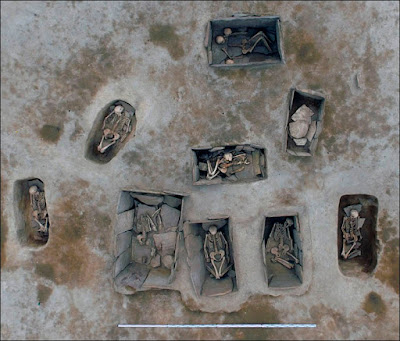 Since 2008 spectacular finds have been unearthed at a large cemetery known as Itkul II, on the shore of Lake Itkul in the Republic of Khakassia. The cemetery dates to between 2500 and 1800 BCE. 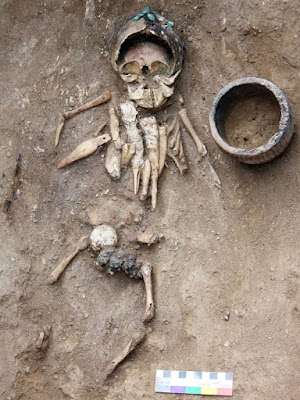 Last year an infant grave was reported, the tiny skeleton half hidden under eight antler figurines. The figurines were carved to represent humanoid figures, birds, elk, boar, and a carnivore. If they were attached together with a thong, as seems likely, they would have made a rattle, such as Siberian shamans still use to drive away dangerous spirits. The baby had a hat made of 11 copper plates sewn to cloth, and it had been buried in a birchbark cradle. Somebody was very upset about this child's death. 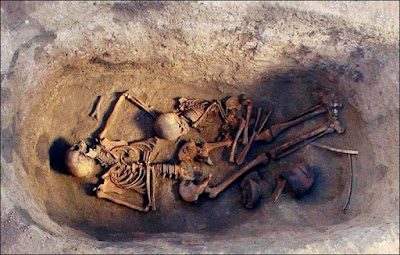 And now comes word of another spectacular burial, this one of a mature woman with an accompanying child. The woman wore more than a hundred animal teeth and 1,500 bone and shell beads, probably sewn to her clothing. 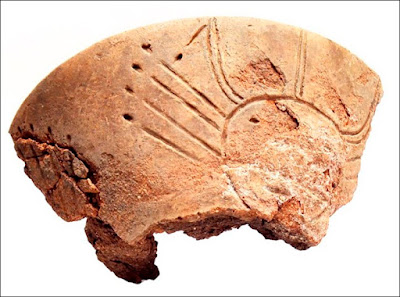 Even more exciting was this clay incense burner, because it was decorated with symbols that nail down the hitherto iffy connection between the burials and the carved stones, allowing the stones to be precisely dated. 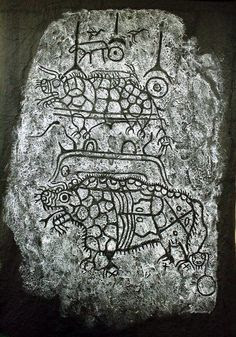