The Names of the Snake Dynasty 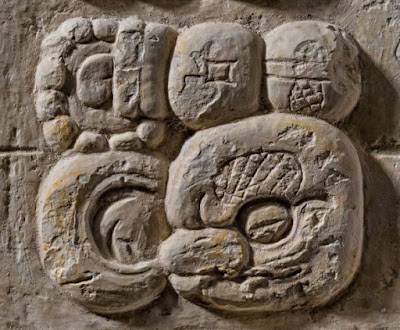 From about 560 to 690 CE, the Maya world was dominated by a dynasty of kings who called themselves the Snakes; that's their embled glyph above, sort of like their coat of arms. From their power base in Calakmul they defeated the previous hegemons from Tikal and made themselves masters of the region. The names of their most important rulers were, in order:

In about 695 they were defeated by a new king of a resurgent Tikal, God That Clears the Sky, and faded away, their power broken. More here. 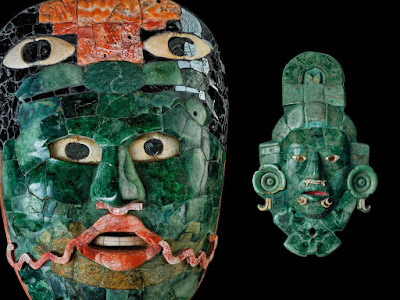 Masks from the royal tombs of Calakmul.

The names of those five kings sound like five novels in a fantasy series.