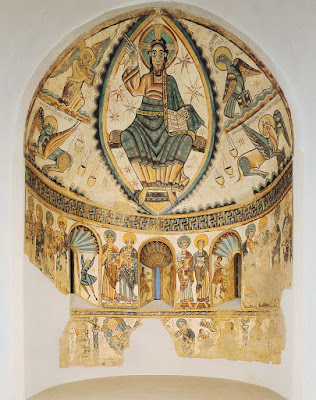 One of the highlights of the Museum of Fine Arts in Boston is this marvelous 12th-century fresco from Catalonia. It shows Christ in majesty, surrounded by the symbols of the four evangelists, and then more saints below. 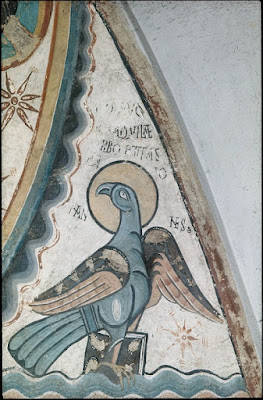 The fresco comes from a little village church called Santa Maria del Mur, in the foothills of the Pyrenees. Just an ordinary place, where peasants and a few other folks worshiped. The church sold it to an art dealer in 1919, and he placed it on the market; the MFA bought it in 1921 for $92,000. As I said when I saw this, isn't it great for us that America had all those rich robber barons in the era when European churches were selling off their old art like crazy? 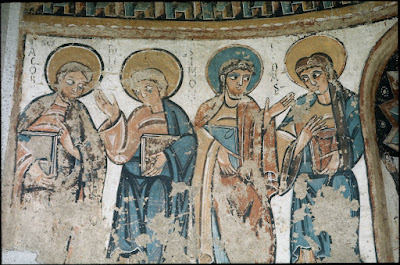 I especially like these conversing saints, who look so much like manuscript illustrations.
Posted by John at 9:24 PM

Great image -- thanks!
With your forbearance, here's another Catalonian Romanesque Christ in Majesty from a little priory in Marcevol (about 35 miles west of Perpignan):