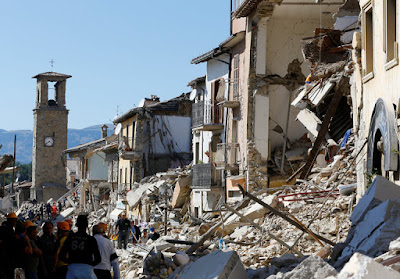 Images of Amatrice, the town at the epicenter of Italy's August 24 earthquake. At least 200 residents of the town were killed and half its buildings destroyed. Many of the rest are unsafe and will have to be demolished. Some people are making brave noises about returning, but given the extent of the devastation and the region's declining population, the town may never be rebuilt. 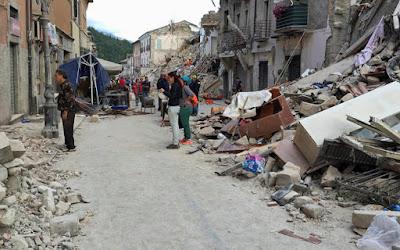 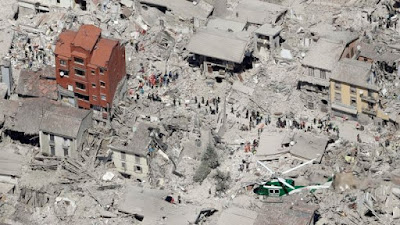 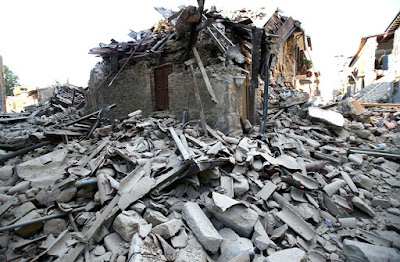 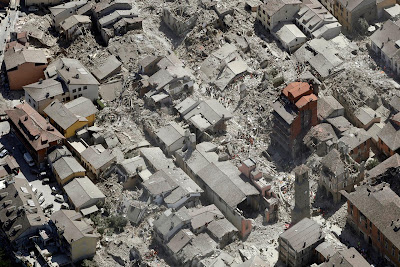 And below, before and after shots of San Agostino, a fifteenth-century church.

It's surreal to think that given the seismic activity of the region, there must be many hundreds if not thousands of small towns that have, over the centuries and millenia, been lost in similar earthquakes, which we today have no memory or historical record of.