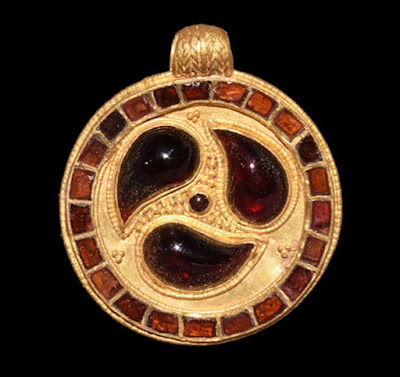 Some objects recently for sale at Timeline Auctions that date to the early Middle Ages or the barbarianized late Roman Empire. These objects are identified by culture and date, but you need not take that too seriously; similar jewelry was made across Europe over several centuries. The pendant above is identified as Gothic, c 500-900 CE. 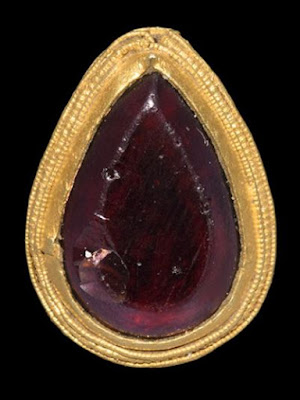 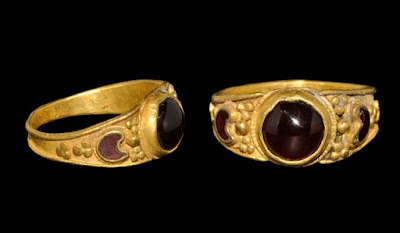 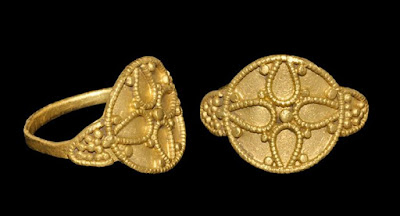 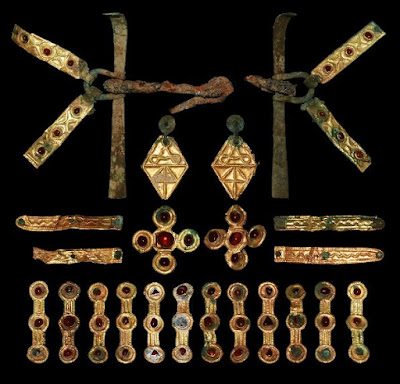 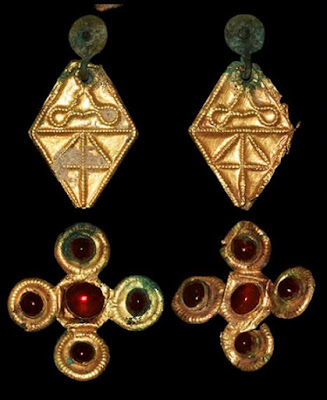 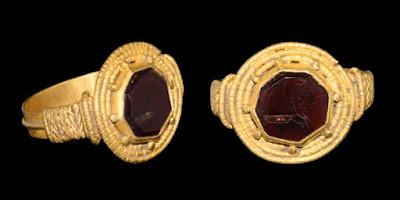 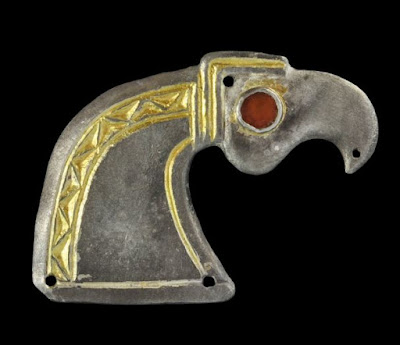