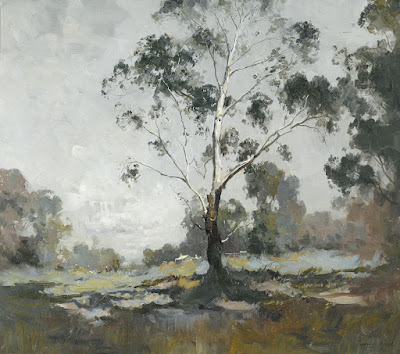 In my random wanderings through the internet's art displays I stumbled across two Australian artists I like: Arthur Streeton (1867 – 1943) and Penleigh Boyd (1890 – 1933). Both painted landscapes in a style sometimes called Australian Impressionism. Above is the painting that first started me exploring these characters, Landscape with White Gum by Boyd, 1922. 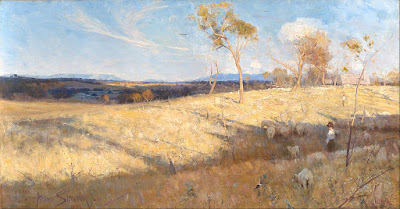 Arthur Streeton was part of the "Heidelberg School", a group of artists who introduced Impressionism to Australia. Heidelberg was an outer suburb of Melbourne where Streeton liked to paint. This is one of his Heidelberg paintings, Golden Summer, Eaglemont, 1889. To get a sense of how these wide paintings look you'll have to click on them. 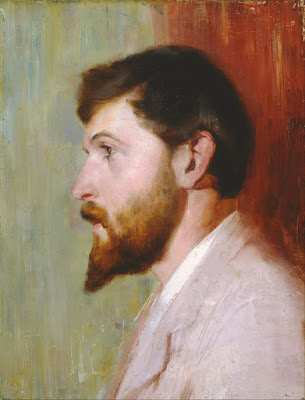 Portrait of Streeton in 1891, when his friends called him "Smike." 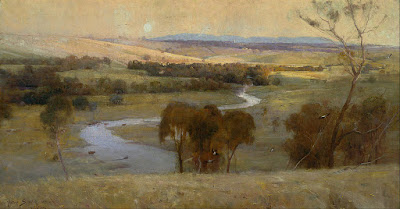 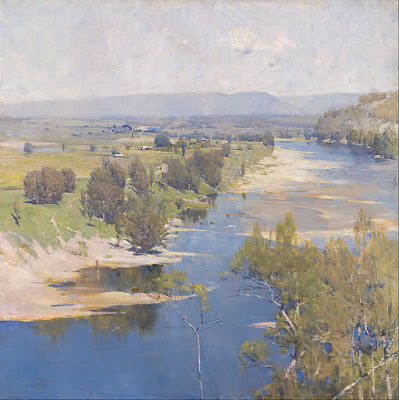 Two more Streeton landscapes, The purple noon's transparent might, 1895, and Still glides the stream, and shall for ever glide, 1890. The titles are quotations from Shelley and Wordsworth, transposed to scenes of Australia. Streeton lived from 1897 to 1906 in England, and he returned during the Great War to serve as a medical orderly in London's hospitals. 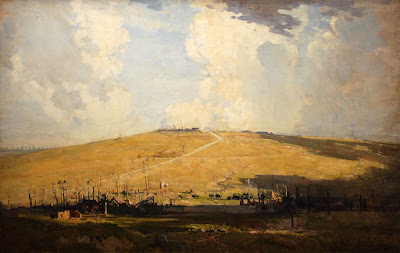 He painted several battlefield landscapes, all of the quiet aftermath of battle rather than the bloody mess.  Mount St. Quentin, 1918. 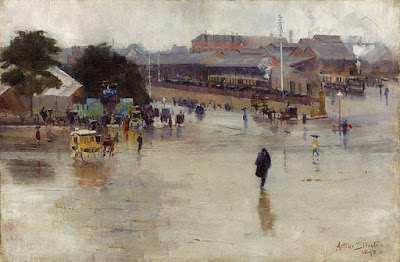 And one more, Railway Station, Redfern. 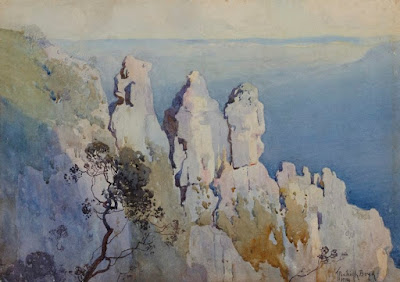 Penleigh Boyd came from a whole family of painters – both of his parents, one of his brothers, and three of his nephews all painted professionally. The Three Sisters, 1914. 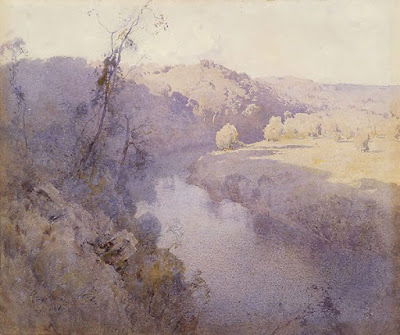 He followed along after the Heidelberg Group and was much influenced by them. The River, 1919. 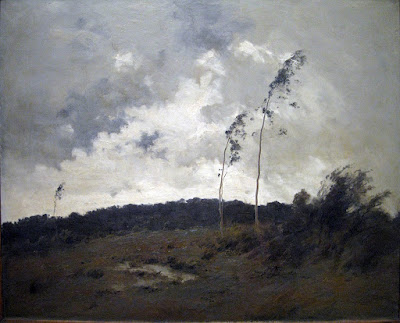 Winter Triumphant. Which is not sentiment I associate with Australia, although I know that have winter of sorts in the southern parts. 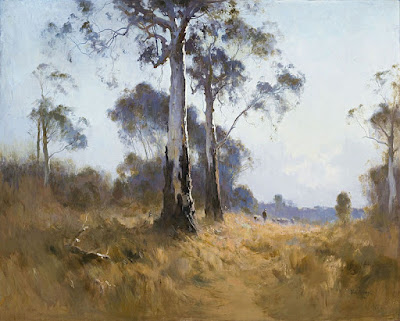 Ghost Gum at Kangaroo Flat, 1921. A very Australian name for our final Australian painting.
Posted by John at 8:56 PM