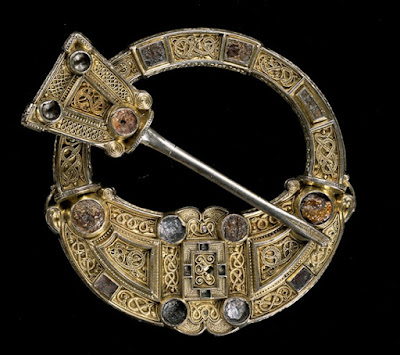 Hiberno-Scottish, made around 700 CE. Found in either 1826 or 1830 (depending on whose memory was right) by two workmen digging drains at the foot of Goldenberry Hill. 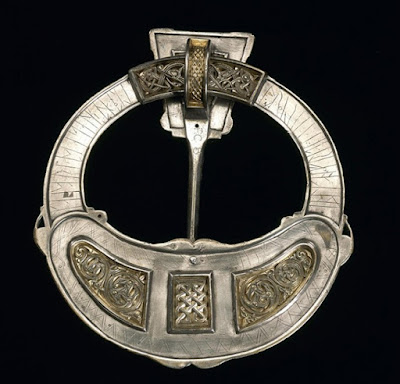 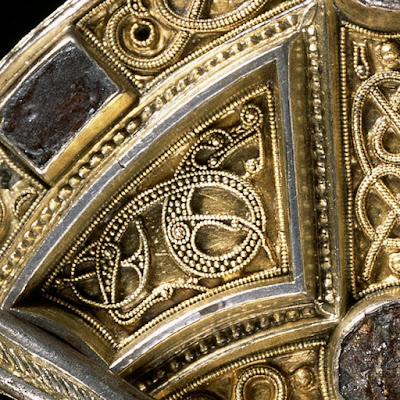 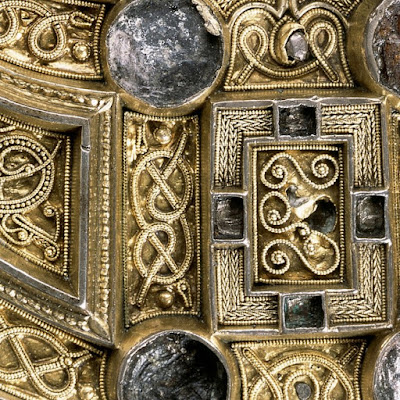 Details. The brooch is now in the National Museum of Scotland. Some think it was made in Ireland, but the National Museum says that it mixes a predominantly Irish style with Anglo-Saxon elements and was therefore most likely made in western Scotland where the two traditions met.
Posted by John at 8:05 PM