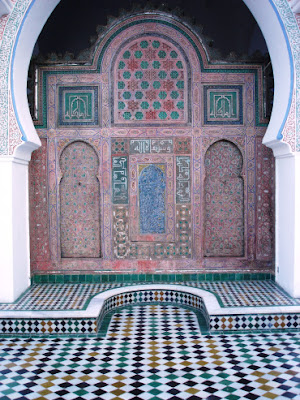 The al-Qarawiyyin University Library in Fez, Morocco was founded in 859. But it had fallen into disrepair and had to be closed to the public. Eventually a Kuwaiti bank put up money for a major restoration, led by architect Aziza Chaouni.


The al-Qarawiyyin, which includes a mosque, library, and university, was founded by Fatima El-Fihriya, the daughter of a rich immigrant from al-Qayrawan (Tunisia today). Well educated and devout, she vowed to spend her entire inheritance on building a mosque and knowledge center for her community. According to UNESCO, the result is the oldest operational educational institution in the world, with a high-profile role call of alumni. Mystic poet and philosopher Ibn Al-‘Arabi studied there in the 12th century, historian and economist Ibn Khaldun attended in the 14th century, while in medieval times, Al-Qarawiyyin played a leading role in the transfer of knowledge between Muslims and Europeans.

Appropriate that they found a female architect to head up the restoration of a library founded by a woman. 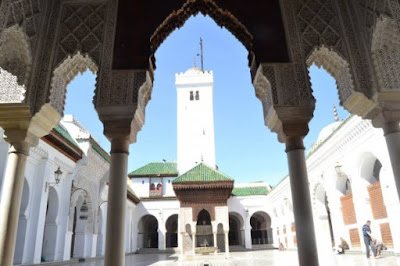 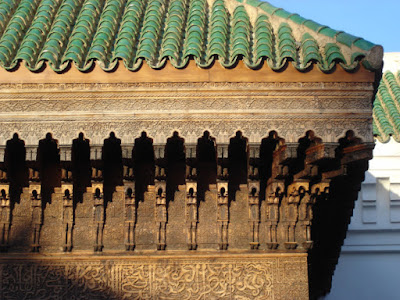 The library is a whole complex of buildings of various dates.


Bringing a 1,157-year-old library up to date includes challenges — and surprises. Over the centuries, the library had been expanded via a hodgepodge of interconnected buildings, each one set on a different level of a steep hill. Chaouni’s job was to unify and upgrade them all to the same standard. “Throughout the years, the library underwent many rehabilitations, but it still suffered from major structural problems, a lack of insulation, and infrastructural deficiencies like a blocked drainage system, broken tiles, cracked wood beams, exposed electric wires, and so on,” says Chaouni of the practical architectural challenges she faced.

And the project was full of surprises: “One of the startling aspects about restoring a building this old is that you never know what’s behind a wall. You could scrap it and find a painting, take out the painting and find a door — and so on. We discovered some unexpected things, especially underground, such as a centuries-old sewage system.”

Wonderful that such a place can be preserved. 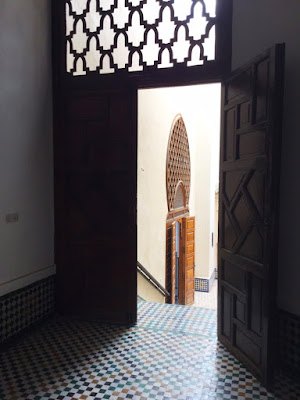 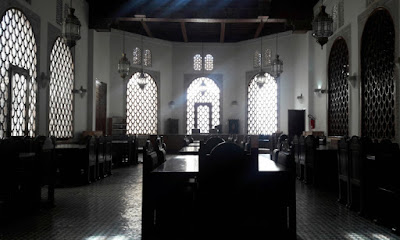 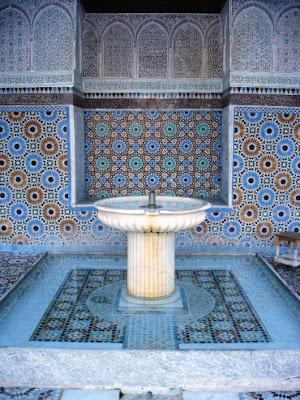 Some of these pictures come from this amazing photo set of Fez.
Posted by John at 1:34 PM