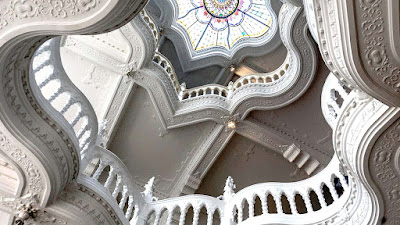 Toward the end of the nineteenth century European architects tired of the historical styles that had dominated the past hundred years: Neo-Gothic, Neoclassical, Neo-Palladian. They experimented more boldly with new forms, sometimes employing unusual shapes made possible by the strength of steel frames. In France this was called Art Nouveau; in Germany, Jugendstil; in Hungary is was called szecesszió, or Secession, after the artistic movements that "seceded" from the grand salons that had set tastes through the first half of the century. One of the masters of szecesszió was Ödön Lechner (1845-1914). 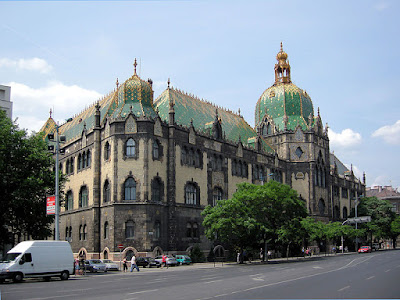 Hungarian art fans are extremely proud of Lechner, and have applied to make six of his buildings in Hungary into a UNESCO World Heritage Site. Their application paints Lechner as a great pioneer:


In the pre-modern era, when the replication of historic styles had become meaningless, the mastery of artistic and stylistic traditions had become second-rate, and architecture's new technical possibilities demanded new forms, Lechner exploited the stylistic vacuum and produced a new independent regional style of construction, anticipating the great individuals of world architecture. By revaluating vernacular motifs, he elevated them and placed them into the realm of monumental architecture. By searching for a connection between Eastern ornamentation and Hungarian forms he created a distinctive architecture and also enriched universal culture through the artistic philosophy of his creative art. Through his spirited architectural fantasies and his influence on numerous followers he created outstanding cultural treasures that demand the attention of all humanity. 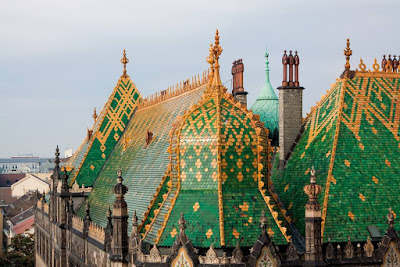 I don't know that Lechner was such a great radical – he studied Art Nouveau when he worked in Paris between 1875 and 1878 – but I love some of his buildings. Today I feature two of his museums, both in Budapest. First, the Museum of Applied Arts, built in 1893-1896. Lechner loved the rugged, high-fired, ornamental tiles made by the Zsolnay Company, and he used them for most of his roofs and some walls as well. 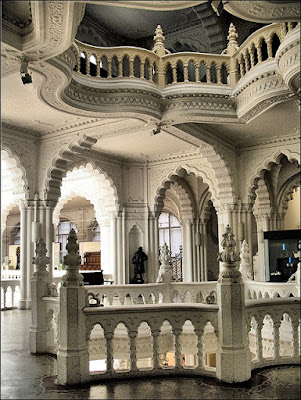 In the museum's atrium you can see Lechner's use of curving Persian or Moorish forms (above and top), with a glass roof supported by curving steel beams. 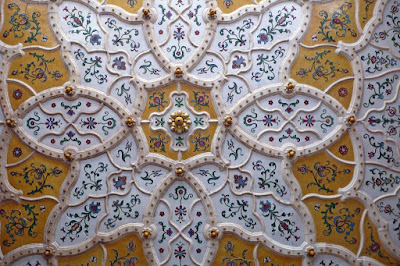 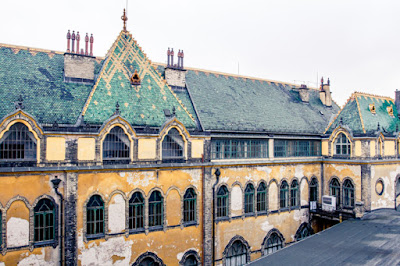 This building had fallen into disrepair, and a major renovation effort was launched a few years ago, so I would check on the status of the renovations before planning a visit; it might all be covered in scaffolding. But it is certainly well worth preserving. 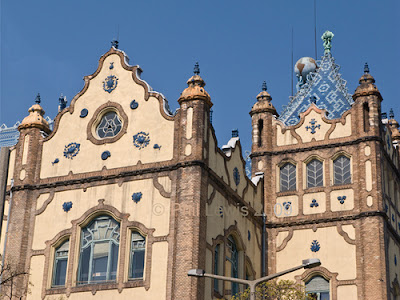 Not far away is another Lechner masterpiece, the Geological Museum, built 1896-1899. 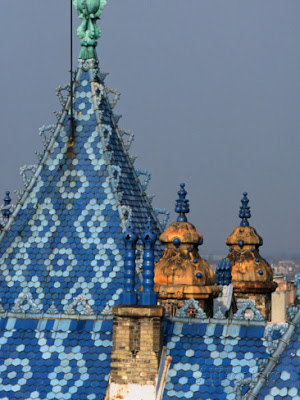 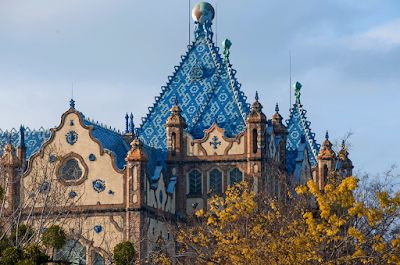 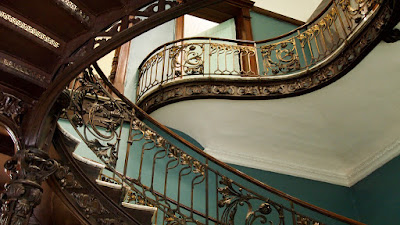 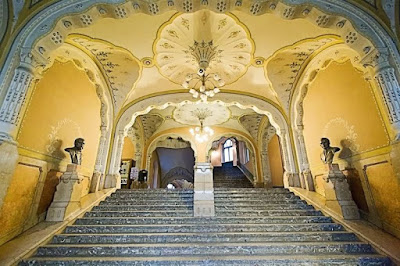 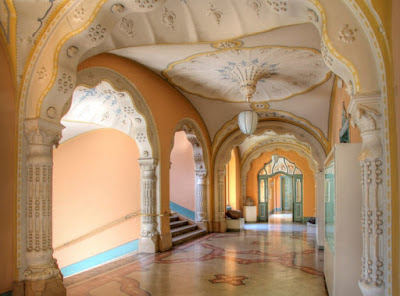 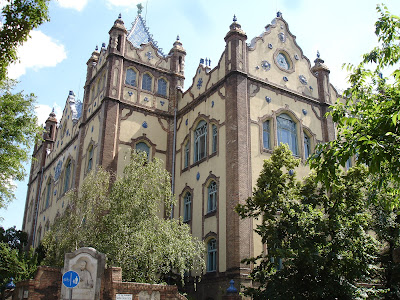 A remarkable building, and more reason to mourn that instead of following the lines laid out in the Art Nouveau era architecture moved in the direction of strict Bauhaus formalism. Think how much more beautiful the world might be.

I was inspired to write about Lechner by this series of photographs of ten Art Nouveau buildings in Budapest, by Bódis Krisztián.
Posted by John at 12:21 PM