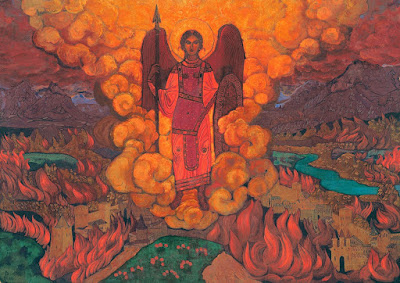 This picture has been making the rounds on art blogs, and I liked it so much I decided to look up the artist. This is The Last Angel by Nicholas Roerich, 1912. 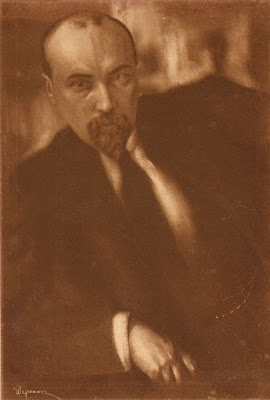 Nicholas Roerich was born in St. Petersburg in 1874, son of a well-to-do lawyer. He studied both law and art and dallied around the St. Petersburg art scene. There he met historian and critic Vladimir Stasov, who introduced him to many people involved in music and the theater. Working with director Sergei Diaghilev, Roerich began to do set designs for operas by Rimsky Korsakov and ballets by Stravinsky. (Portrait of Roerich in 1916 by Miron Sherling.) 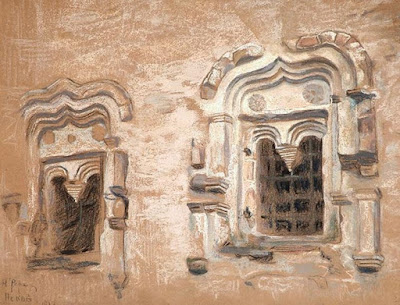 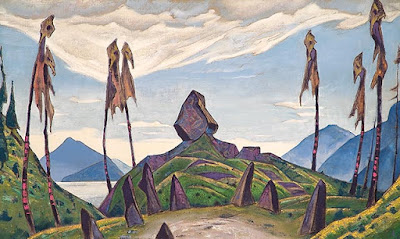 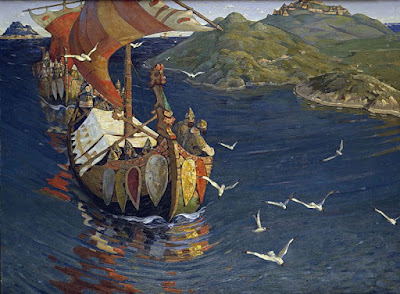 Roerich loved Russian history and did many history paintings; above, Varangians in Rus, 1901. 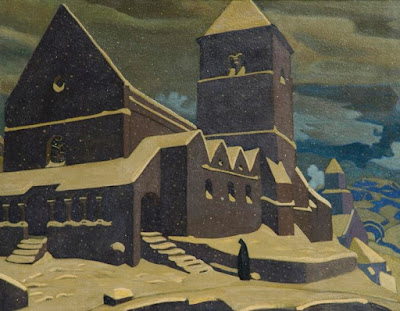 Along with so many others of that generation, Roerich got involved in Theosophy and other spiritual movements. From there he became interested in Buddhism. These interests stayed with him throughout his life, and he devoted much of his time to spiritual matters and to world peace; he was nominated several times for the Nobel Peace Prize. (Repentance, 1917) 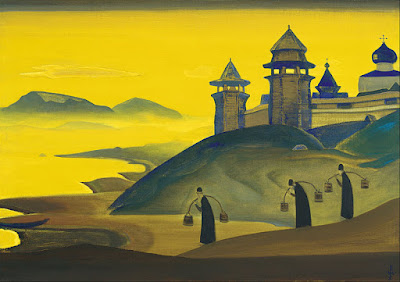 Roerich fled from the Bolshevik revolution and landed in London; from there he made his way to the United States. (And We Are Still Trying, 1922) 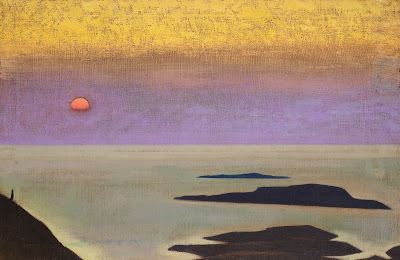 While he was in America Roerich visited both the Maine coast and the New Mexico desert, leaving several paintings and numerous drawings. (Monhigan, 1922) 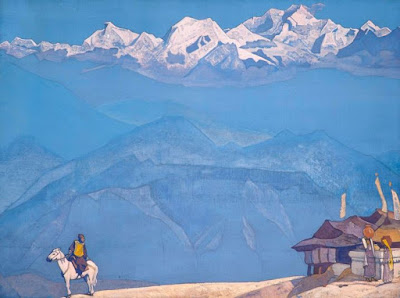 In 1925 to 1929 Roerich led a major expedition to central Asia. He persuaded the Soviet government to fund part of this by saying he was going to report on British activity in Tibet, but in general it was billed as a scientific and anthropological expedition. Whether he actually did much spying is disputed. The Roerich Museum doesn't mention this angle at all, but others seem obsessed with it. Anyway for Roerich the journey turned into a personal spiritual quest. (Remember, 1924) 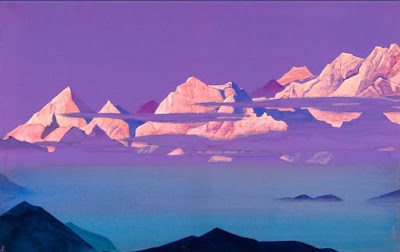 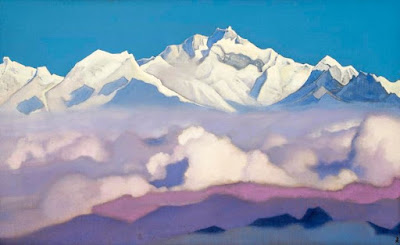 Roerich immersed himself in eastern spirituality and did dozens of paintings of mountains. (Himalayas, 1933, and Kanchenjunga, 1936) 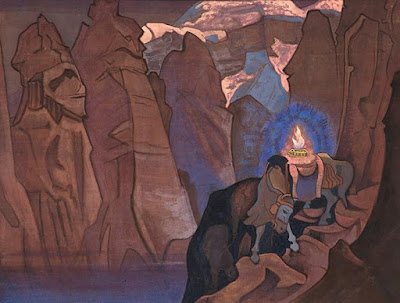 Besides mountains, the other thing Roerich painted a lot of in that period was scenes from myth and epic, like The Treasure of the World, 1924. 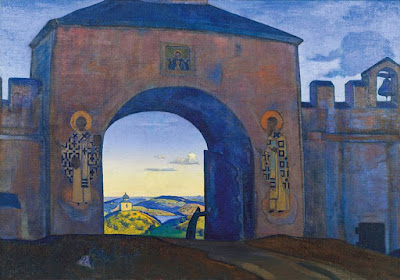 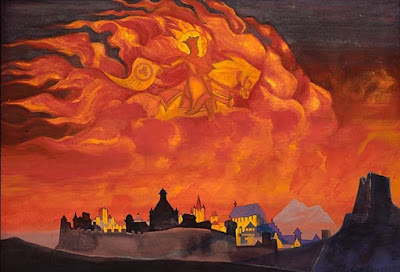 Or sort of generalized religious scenes: And We Are Opening the Gates, 1922, and Sophia, 1932. I'm not sure how I feel about these. They look like illustrations for children's books, but on the other hand they are quite good illustrations. In fact I would say that although I have found Roerich interesting enough to persevere with this post, nothing else I have seen struck me as forcefully as that first image. 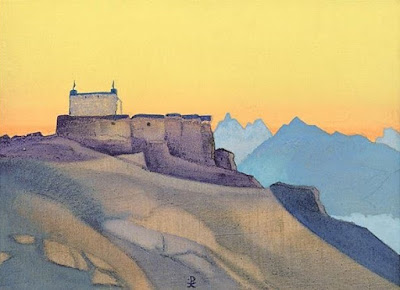 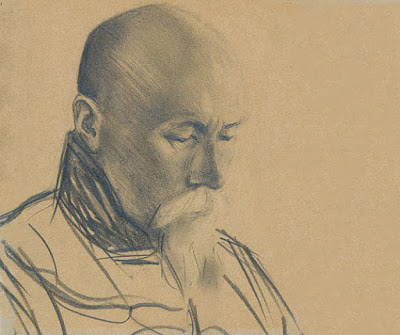 I found this drawing of Roerich on the web site of the Roerich Museum, but they don't say where it came from. It looks enough like his other drawings for me to think it is a self portrait. It certainly is an excellent image of a western man who tried to become an eastern sage.
Posted by John at 7:49 AM

Thank you! I will be in NYCity in May and will try to include a visit to the museum there.