The Women of Ireland's 1916 Uprising 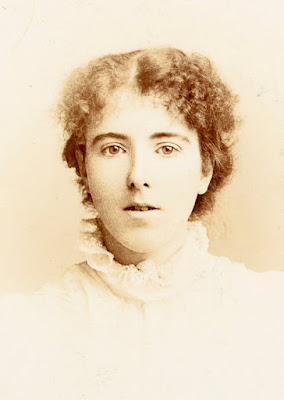 You may not have heard that women played a prominent role in Ireland's 1916 uprising, and its subsequent revolution against British rule. I confess that while I have read quite a bit about the Irish revolution and even taught it once, I did not know some of the facts presented in this little essay by Sadhbh Walshe. For example, that at least 260 women fought in the 1916 uprising, and 77 were jailed. The Proclamation of 1916 was addressed to the men and women of Ireland, and it promised equal rights for all citizens.

One of the 1916 rebels, Kathleen Clarke, is shown above. Her husband and brother were both executed for their parts in the Easter Rising, but she kept fighting and ended up as Dublin's first female Lord Mayor.

But I did know something about the broader story of the Irish Revolution. People of many different political persuasions participated in the revolt, and the first Irish government was quite open and diverse, containing various kinds of leftists as well as conservative Catholics and nationalists with scary theories about race. But later on the Catholic nationalists gradually asserted control, driving some of the revolutionaries out of the government and even out of the country. Walshe explains how this impacted women:


The equal rights language of the Proclamation did make its way into the 1922 Constitution, and Irish women over 21 achieved full voting rights that year. But with the progressives dead, the Free State government, heavily influenced by the Roman Catholic Church, began rolling back these rights almost as swiftly as Elizabeth O’Farrell’s boots were erased from that photo.

Laws in 1924 and 1927 largely excluded women from sitting on juries. In 1932, a marriage ban was introduced that forced women who worked as teachers or civil servants to retire upon marriage. The 1935 Conditions of Employment Act limited women’s ability to work in industry.

But it was the 1937 Constitution, drafted under Prime Minister Eamon De Valera’s leadership, that sealed women’s fate for decades. As commander of the Boland’s Mill outpost in 1916, De Valera had been the only leader to refuse women’s participation in the Rising. Now with Article 41 of the Constitution, which reads “by her life within the home, woman gives to the State a support without which the common good cannot be achieved,” he closed the door on women’s progress in a more definitive way.

Under the new regime, the women of the revolution were mostly written out of the history books and retroactively sent back to kitchen.

It is a sad story. I can't believe that most of the rebels fought for the gloomy, repressive Ireland of the 1950s, a nation half of whose children fled abroad in search of work and freedom. But the same thing has happened with many revolutions. Often it takes a diverse coalition of forces to bring down a repressive government, and after that first goal is achieved the revolutionary factions often fight among themselves until one can impose its own vision on the nation. We saw this in Iran, where communists and feminists joined the revolt that overthrew the Shah, only to be shoved aside by the conservative clerics after the fighting was over.

In Ireland it took until the 1990s for the grip of the repressive forces to ease. I wonder how long it will take in Iran?
Posted by John at 8:51 PM