The Flags of Russian Cities 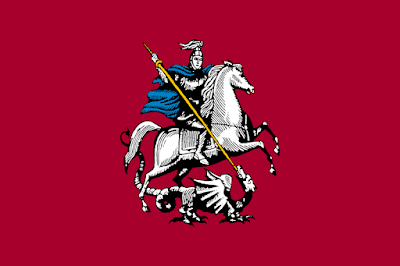 Many Russian cities have their own flags, even quite small ones; this is Moscow's, perhaps the most famous. 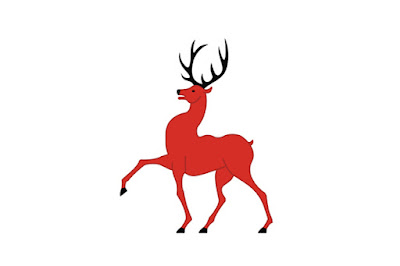 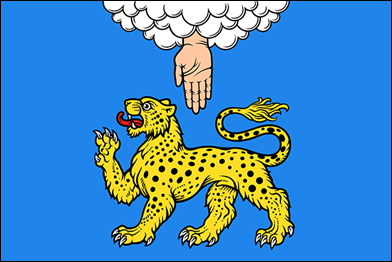 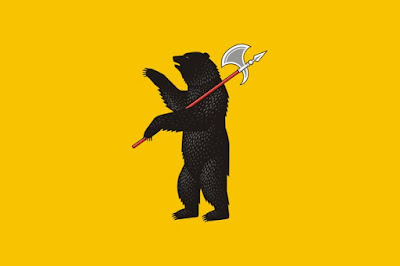 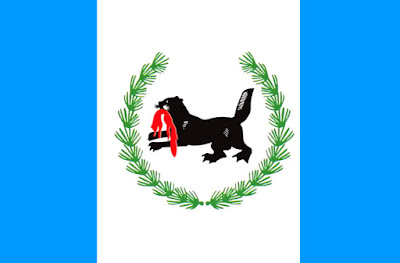 Irkutsk, depicting a tiger with some poor prey animal in its mouth. 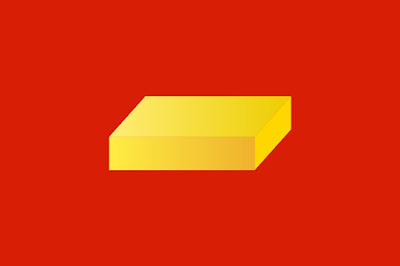 And now for the Soviet era. This is Shuya, an industrial city whose first great product is the one shown on their flag: soap. 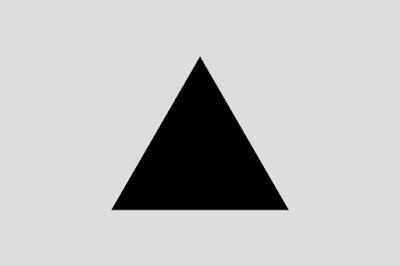 Magnitogorsk. This represents the mountain from which came the ore that sustained the city's metals industries. (Isn't Magnitogorsk a great name for a twentieth-century industrial city?) 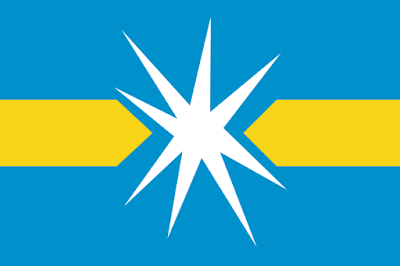 Linyov, a town that made electrodes. 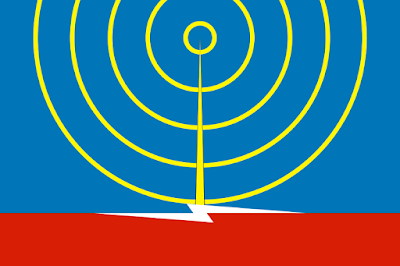 Severny, a place once mainly known for an enormous radio transmitter. 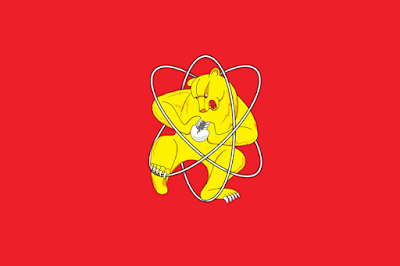 And two from formerly closed cities. Above, Zheleznogorsk, devoted to the extraction of plutonium; below, Mirny, a launch site for missiles and then satellites. 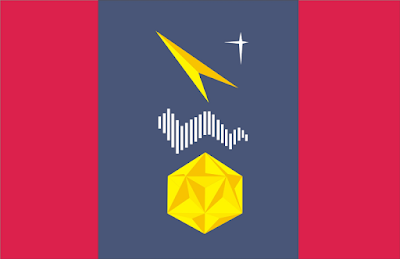 I'm familiar with perhaps a surprising number of these, but the rest are equally wonderful to make my acquaintence with.

Magnitogorsk does indeed have a certain charm to it, although it could work equally well as a somewhat more traditional name, since it really only means "magnet hill", and therefor is really only limited in historical period by the point in which the Russian language adopted the word "магнит" from the Greek.