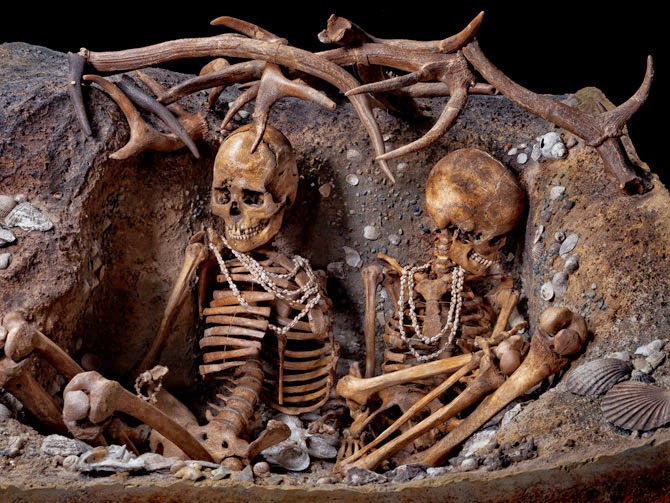 Téviec is a small island off the southwest coast of Brittany, now a nature preserve. In 1928 to 1934 French archaeologists carried out excavations of a wonderful Mesolithic site on the island, dated to between 5700 and 4500 BCE. This was the end of the Mesolithic or hunter-gatherer period in western France, overlapping with the beginning of the Neolithic period. The main discoveries at the site were huge middens formed of oyster and clam shells and a cemetery containing 23 skeletons. Among the shells were the remains of many other animals -- fish, crabs, lobsters, squid, seabirds, deer, boar, dogs, and more. Because the shells buffered the acidity of the soil, the bones were remarkably preserved. Several of the skeletons showed signs of violence, including one with an arrowhead embedded in its spine. 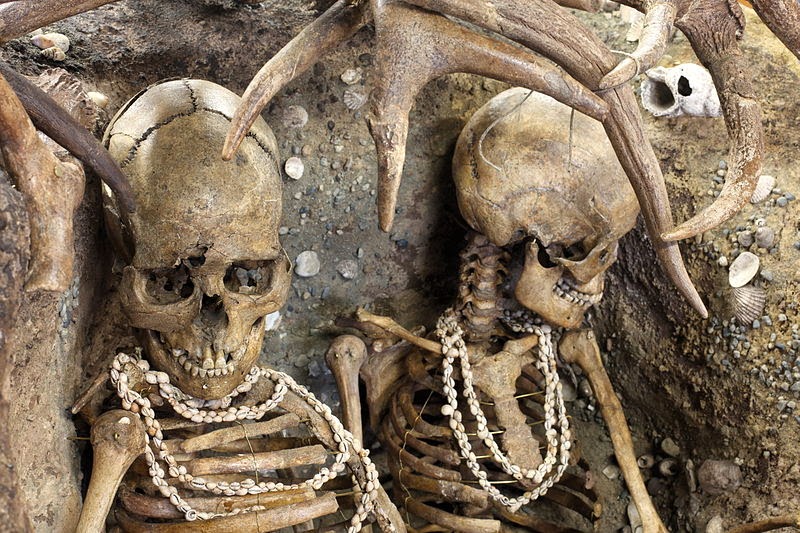 The most famous burial was this one, two 25-35-year-old women known as the Ladies of Téviec. One of the women appeared to have been severely battered, with five blunt-force wounds to the head (at least two of which would have been fatal) and a wound between her eyes that the excavators thought was caused by an arrow. The other skeleton also showed signs of trauma. This has lately been disputed by archaeologists who think the bone damage was caused after burial by the weight of soil, but my readers know what I think of these scholarly jackdaws out to render everything boring.

The grave was roofed over with red deer antlers -- elk, to North Americans -- and  the bodies decorated with shell jewelry. The tomb was reconstructed in the Natural History Museum in Toulouse, and in 2010 that old reconstruction was restored in a way that won the curators a stack of awards. Hence these wonderful pictures. 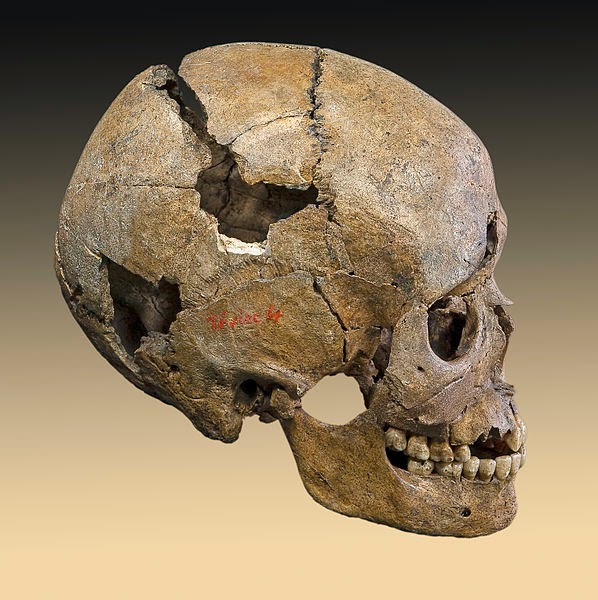 Archaeologists are fascinated by the level of violence represented by the Téviec burials. One theory is that rising sea levels -- they rose in a spurt around 6200 BCE -- drove people out of areas like Doggerland that are now under water, leading to intense competition for coastal resources. Are these skeletons evidence of war between displaced Doggerlanders and others over prime oyster gathering sites? Or could it be related to the spread of the Neolithic, perhaps because the arrival of farmers in southern France around 5000 BCE displaced hunter-gatherers northward? Or was it just people being savage as we so often are?
Posted by John at 7:10 AM

I had not known of this, until a friend posted the photo of the two in their grave.

Glad I found this blog to read further.

Would someone know what are the mitochondrial haplotypes?