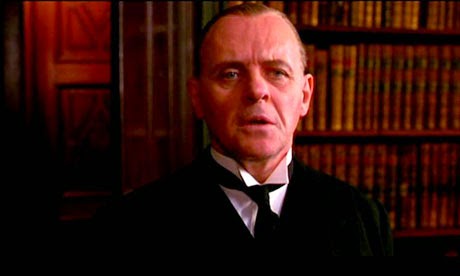 Billionaires need butlers, so the profession is booming:


For that, you can thank our New Gilded Age, with a wealth gap that's become a yawning chasm. There are currently more millionaires worldwide than ever—the total jumped by 10 percent in 2012 alone—which means a huge demand for those who serve the super-rich, like the butler. The Russian oligarchs, Middle Eastern oil barons, and Asian moguls buying up expensive real estate in and around London are also exporting the Euro-aristocratic lifestyle back home. Thirty-five years ago, there were only a few hundred butlers left in Britain; today there are roughly 10,000, plus thousands more abroad, including the fastest-growing butler market of them all, China. "For the Chinese, it's a status thing," says Sara Vestin Rahmini, who founded Bespoke Bureau. "They're like, 'Just send us somebody who looks British, who looks European.' "

It seems the Chinese are mad for Downton Abbey, which partly explains why a British butler is the ultimate status symbol.
Posted by John at 7:41 AM