Humanism in Florence, or Academic Life in the Fifteenth Century 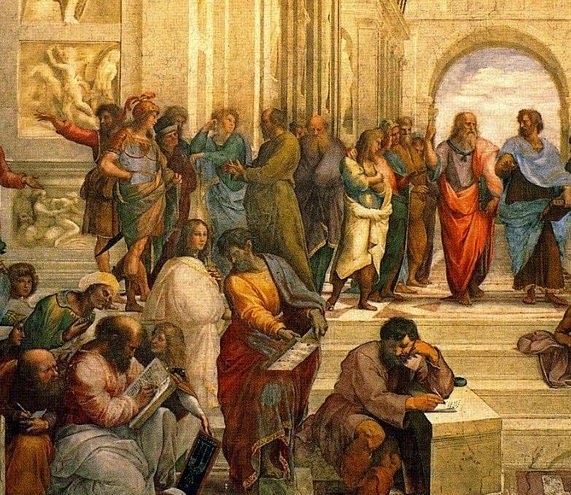 In 1397 Florence lured Manuel Chrysolaras from Constantinople to establish a chair of Greek literature at their university, signing him to a five year contract. Chrysolaras fled after three years, "driven out by the jealousy of Niccolo Niccoli, one of the city's most prominent humanists." He was followed a few years later by Guarino da Vernona, a student of Chrysoloras. Da Vernona also fled after three years, writing to a friend,


There was no day in Florence when I wasn't tormented by insults, arguments, and petty quarrels. There exists in this circle such wicked madness, such avarice for glory. . .  that in order to get it people have no regard for the reputations of others. No one gives praise except with blunted and slighting phrases. . . they resent those who receive praise, and carp at those who give praise. There is animosity among themselves and hatred for outsiders. There are no friendships, only political alliances.

Then the post was taken up by Giovanni Aurispa, who left the gloomy, faction-ridden imperial court at Constantinople, thinking that a university would provide a quieter atmosphere for scholarship:


I thought that when I'd left the vicious jockeying status among the Greeks and their royalty I'd be safe from attack, so long as I kept to myself. But the opposite is true. I used to find peace and quiet sometimes even at the royal palaces there, but here feuding and intriguing go on everywhere; I can find no peace of mind at all. The whole place is full of hostility and petty jealousies; here all the literati, all the elite engage in backbiting, and there is paranoia thick in the air.

You might think that Florence would have had trouble hiring a new Greek scholar after that run, but they managed to bring in Francesco Filelfo, a prodigy who had given public lectures in Venice at the age of 19 and became secretary to the Venetian ambassador in Constantinople at 21. In Constantinople he studied Greek intensely with John Chrysoloras, a relation of Manuel. Then he married his teacher's 14-year-old daughter, a great coup since she was a blood relation of the emperor. In Florence, though, this only made him the subject of ugly gossip. One humanist wrote to a friend,


Recently I received a letter from Guarino in which he inveighs against fortune with vehemence because that upstart Filelfo has got the daughter of the famous John Chrysoloras; although he is a man of considerable talent, he was certainly unequal to that match. Guarino complains in disgust that the wife of Chrysoloras has venal virtue, and had possessed a lover before she acquired a son-in-law.

Filelfo started out well, drawing crowds of up to 400 for his lectures. But he soon fell into a feud with Niccoli, and Niccoli's friends began to attack him:


Bracciolini, meanwhile, composed venomous invectives accusing Filelfo of stealing from his benefactors, living like a filthy beggar, and engaging in every manner of sexual vice, from rape to sodomy.

Filelfo eventually fled the city after a Medici servant attacked him on the street and slashed his face with a dagger.

This is all from Marina Belozerskaya, To Wake the Dead: a Renaissance Merchant and the Birth of Archaeology, a pretty good and very short book about Cyriacus of Ancona. Google provides the perfect comment on this sordid scene through the following picture, which came up as about the 50th image under "Florence Humanism": 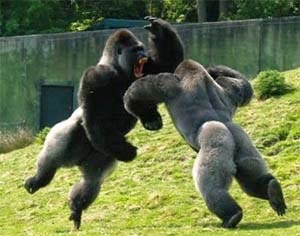