Wealth in History, or R > G 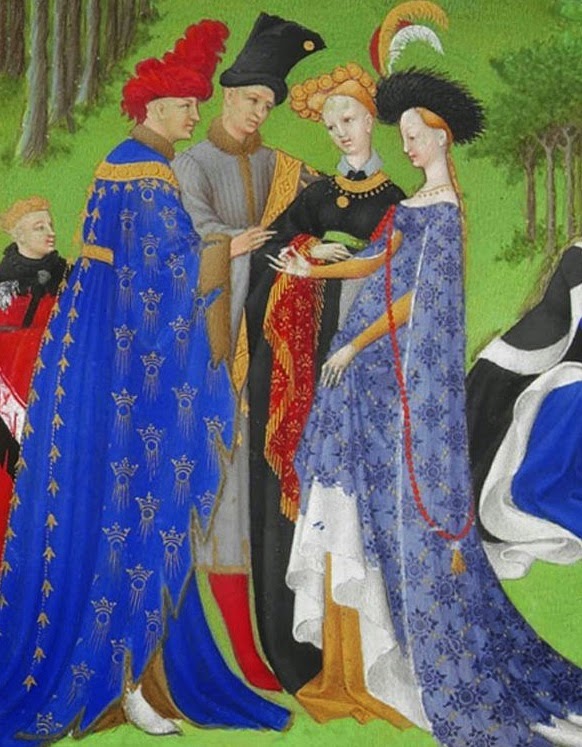 Thomas Piketty's Capital in the 21st Century has set off a great debate over our future -- should we limit the growth of a hereditary economic elite by high wealth taxes? -- but I am equally fascinated by what it says about the past. Piketty's key insight is that in economically stable times, the rate of return on investment is almost always greater than the overall growth rate of the economy. Here is Krugman's summary of the argument as it pertains to the later nineteenth century:


Consider how this worked in Belle Époque Europe. At the time, owners of capital could expect to earn 4–5 percent on their investments, with minimal taxation; meanwhile economic growth was only around one percent. So wealthy individuals could easily reinvest enough of their income to ensure that their wealth and hence their incomes were growing faster than the economy, reinforcing their economic dominance, even while skimming enough off to live lives of great luxury.

And what happened when these wealthy individuals died? They passed their wealth on—again, with minimal taxation—to their heirs. Money passed on to the next generation accounted for 20 to 25 percent of annual income; the great bulk of wealth, around 90 percent, was inherited rather than saved out of earned income. And this inherited wealth was concentrated in the hands of a very small minority: in 1910 the richest one percent controlled 60 percent of the wealth in France; in Britain, 70 percent.

Piketty's formal statistical argument extends back to the late 1700s, based on French tax records. But in interviews he has suggested that it applied in the medieval economy as well. The rate of return that medieval lords could get on their investments in things like mills or vineyards was always greater than the overall rate of economic growth; this is the r > g relation that undergirds Piketty's argument. I think this would apply even more to the urban merchant class, with their investments in ships and trading ventures, and this in turn explains why successful merchant cities always grew wealthy enough to dominate their neighborhoods. Of course the investment opportunities available in a medieval economy were limited, but the medieval elite had the advantage of being directly in control of the government, which no doubt helped them get better returns.

But, says Piketty, the medieval elite also had a major problem that limited their wealth: in times of political turmoil, much more property was destroyed than people. Medieval warfare mostly took the form of destructive raiding -- burning farms, trampling crops, pulling up vines. Since the rich owned most of the property, they suffered most of the loss from property destruction. This limited their wealth accumulation. In times of warfare or revolution the elite might also be hit with what amounted to very high taxation, for example, having to raise regiments of troops at their own expense, or having to pay the new king a huge fine to get their estates back after taking the wrong side in a civil war. As I see it, this model suggests that in a period of stability, the rich would get steadily richer, while a period of turmoil would tend to level things a little for the survivors. Of course the poor did most of the actual dying during these wars, but if they survived their main assets -- the strength in their hands and the knowledge in their heads -- would be worth as much as ever, and possibly even a little more if there was a lot of rebuilding to be done.

So consider again the great leveling that took place in the middle of the twentieth century.

Did this happen because of left-wing politics, or was it just that the world wars and the associated economic disruptions destroyed so much accumulated wealth? Taxation was very high in this period, perhaps higher than it has ever been before or since in human history, but that was driven more by the needs of war than a desire to provide for the poor. After the war the high taxes were maintained, largely, I think, by inertia and habit; it took 35 years for the rich to argue them back down again, and it took 50 years for the returns on investment to accumulate enough to create a vastly wealthy class.

Obviously the modern economy is more complicated than this, but could the simple destruction and expropriation of so much wealth explain much of the equality of the 1915-1975 era?

Now cast your eyes farther back, to the greatest era of stability the west has ever seen. Was the great wealth of the Roman elite in the AD 1 to 400 period largely a product of r > g operating across centuries of comparative stability? (Reinforced, again, by their control of government.) Does that simple little relation explain the incredible concentration of wealth in the hands of a few hundred families?

And what about other periods of conspicuous wealth among the elite, for example the Georgian heyday of England? Does a century or so during which the wealth of the elite is protected from destruction or expropriation lead automatically to growing inequality and the accumulation of vast fortunes by leading families? Or was the manipulation of government power -- through grants of monopolies and so on -- a more important source of the aristocracy's wealth?

There is much to ponder here.
Posted by John at 8:06 AM