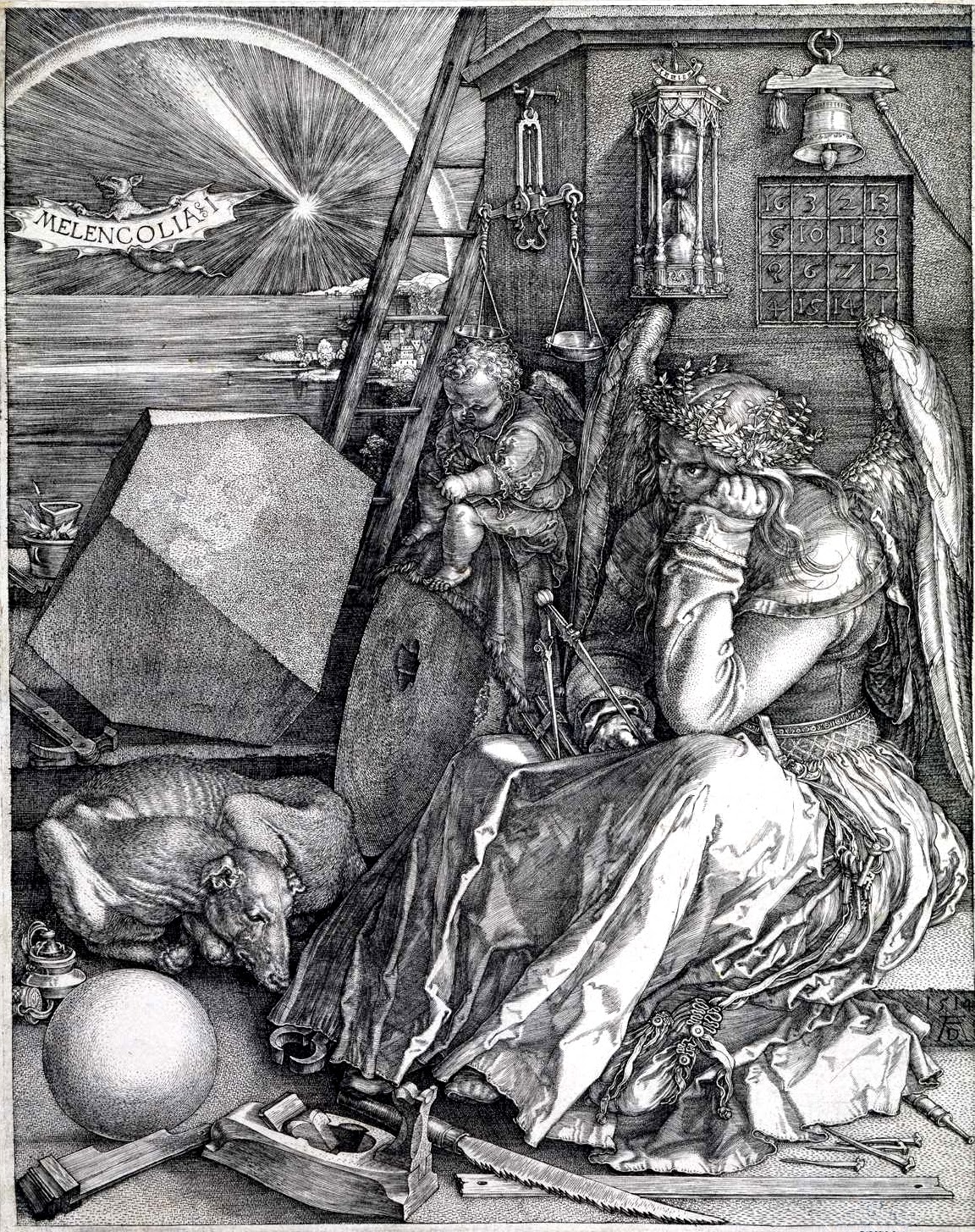 Melencolia I is one of Albrecht Dürer's most famous engravings. It is a puzzle of allusions and symbols in the style adored by Renaissance intellectuals, and it focuses on a theme much beloved at the time: the connection between melancholy and creativity. The National Gallery:


The objects Melancholy has at hand are associated with geometry and measurement, fields of knowledge that were considered the building blocks of artistic creation and that Dürer studied doggedly in his quest to theorize absolute beauty. Yet struggle as she might intellectually, she is powerless to transcend the earthbound realm of imagination to attain the higher stages of abstract thought (an idea to which the ladder that extends beyond the image may allude). She is winged but cannot fly. Despairing of the limits of human knowledge, she is paralyzed and unable to create, as the discarded and unused tools suggest. Ironically, this anguished representation of artistic impotence has proved a shining and enduring example of the power of Dürer’s art.

The title seems to come from


An influential treatise, De occulta philosophia of Cornelius Agrippa of Nettesheim, almost certainly known to Dürer. . .  Creativity in the arts was the realm of the imagination, considered the first and lowest in the hierarchy of the three categories of genius. The next was the realm of reason, and the highest the realm of the spirit.

The frustrated geometer struggles with her calipers as time runs out, while rainbows and starbursts dazzle in the sky behind her -- no wonder she is sad. She cannot even attain the first level of creation, let alone the third. Yet the engraving is full of other images, and other meanings. 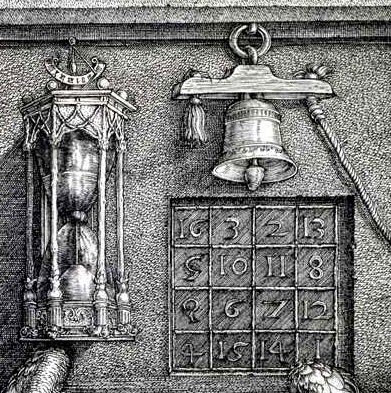 Above her shoulder is a famous magic square that includes the date of the work (1514) across the bottom row. The little angel sits on a millstone, which surely means something, and the ladder has to indicate ascent of some sort. 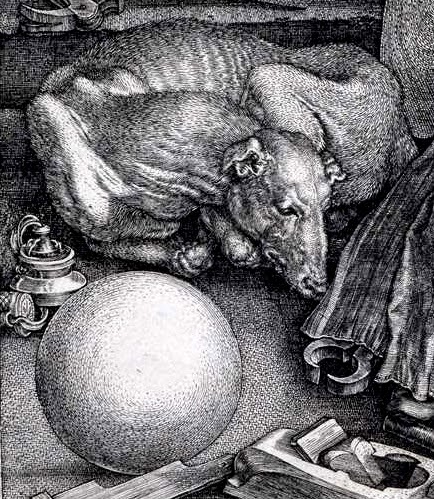 But what about the emaciated dog? The stone sphere? The bell? The scales? 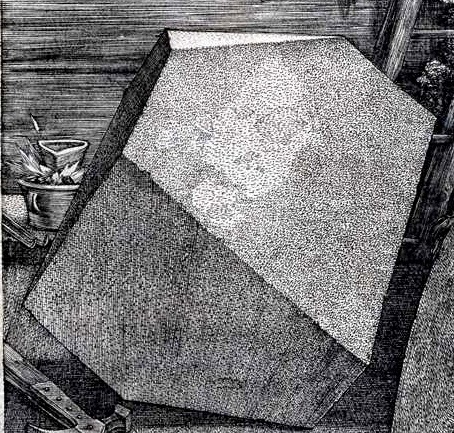 The geometric shape is also fascinating; it is a semi-regular solid, strikingly even and balanced and yet not one of the perfect Platonic shapes. Is it like us, or like our understanding?

What alchemy is brewing in the crucible?

Like many thinkers of his age, Dürer managed to combine a serious Christianity with all manner of other philosophical and spiritual enthusiasms. He worried, it seems, about the vast gulf between God and humanity, and longed for some other means of crossing it beyond faith in things unseen. Is there an occult philosophy, a secret knowledge, that could open the mind of God to us?

Even as Dürer sought for some other path to holy wisdom, he knew it would probably never be found:


The lie is in our understanding, and darkness is so firmly entrenched in our mind that even our groping will fail.

But from his groping came triumphs of art.
Posted by John at 7:51 PM