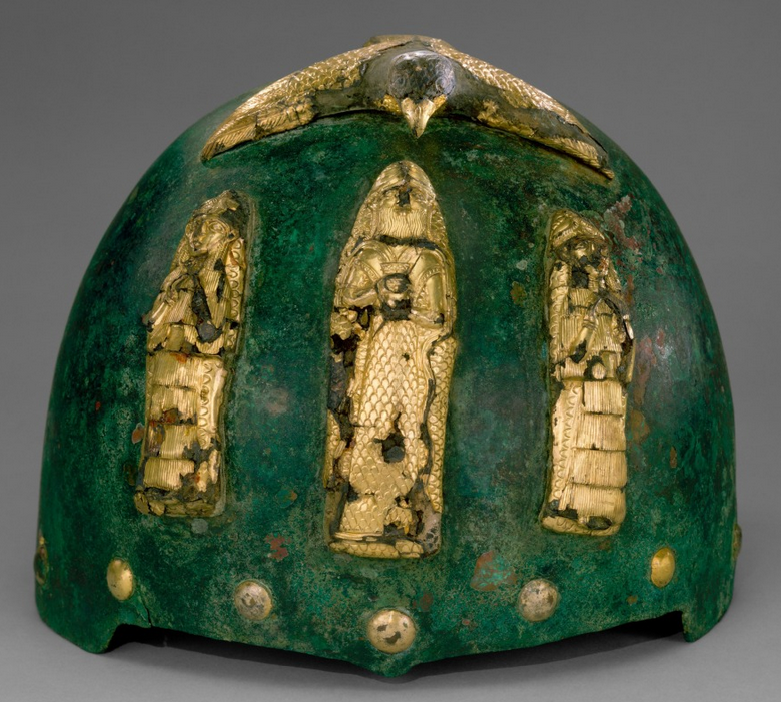 Another item from the highlights of the Met's collection, a helmet from Elam (an ancient kingdom in southwest Iran). It is carved from bitumen, a natural form of petroleum like heavy tar, which means it was probably for ceremonial occasions rather than battle:


This example of military headgear is elaborately decorated with three figures on the front. The central one is a male water deity who holds a flowing vase at his chest. He has a multiple horned crown, a beard, curled hair, and a mountainlike or scale pattern on the lower body like the one on the background. The top of the garment crisscrosses his chest. He is flanked by two female deities with horned crowns who hold their hands up in supplication. Their robes are flounced and they wear necklaces and bracelets. Hovering over the figures is a raptor like bird with carefully delineated feathers. At the back is a decorated tube that may have held an actual feather plume. All of these elements were carved from bitumen and overlaid with silver and then gold foil with incised decoration, a technique that, along with the style and types of the figures, point to Elam as the source. The water god might be either the Elamite Inshushinak or Napirisha, similar to Ea, the Mesopotamian god of the sweet waters. 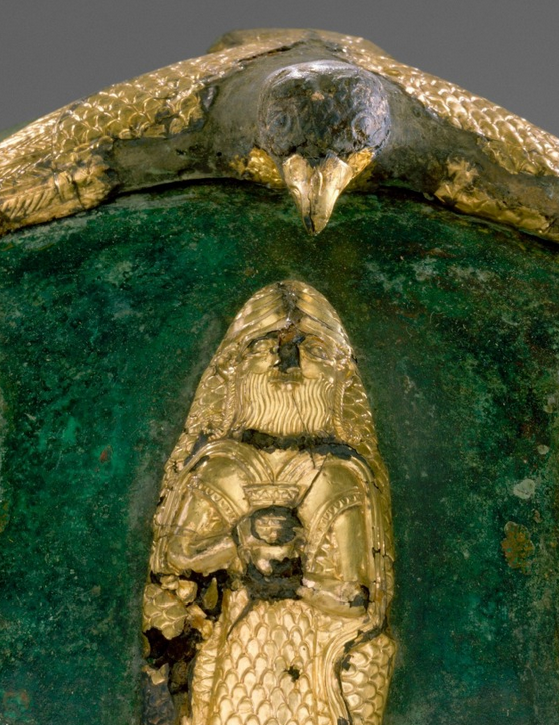