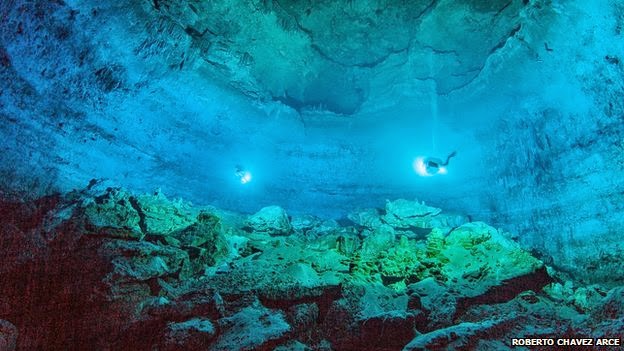 I suppose "scientists dive into submerged cave, find exactly what they expected" doesn't make much of a headline, but that's the real story from Mexico. The skeleton from the Yucatan turned out to be about 12,000 years old, which is plenty old but not old enough to challenge anybody's theory of anything. DNA analysis turned up a just the sort of basal Native American genes that fit most comfortably with the reigning models.

But that, of course, is not good enough for your modern, headline grabbing archaeologists, and this lot have ginned up a fake controversy using science that has been obsolete for decades to generate some attention:


The genetics of modern Native Americans would certainly appear to link them into this story. But their facial features set them apart from the oldest skeletons now being unearthed.

These ancient people had narrower, longer skulls. The differences have hinted that perhaps there were multiple immigrations from Siberia (or even Europe). 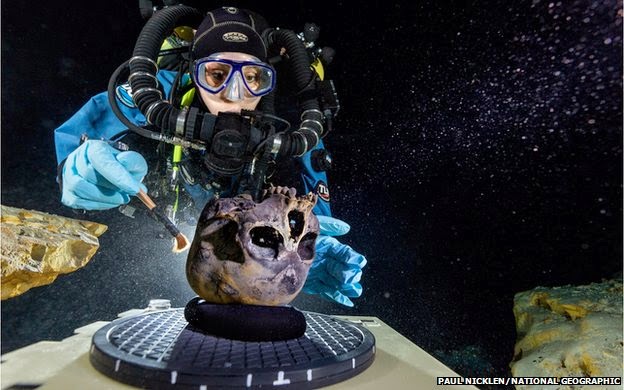 I'll tell you why the skulls of ancient Indians look different from those of modern Indians: because skull shape is a terrible indicator of genetic relationships. Nineteenth-century archaeologists spent a lot of time comparing skull shapes because they didn't have any better way to study the problem. But we do. And with DNA analysis you can show that skull shape is pretty much meaningless. Maybe not in the short term; if you suddenly find a shift from round headed to long-headed people at your site, that probably means something. But skull shape changes in response to all sorts of things that happen in your life: how well your are fed, what you eat, how you eat it, how your mother carries you. Skull shape also evolves, and humans have been evolving quickly over the past 12,000 years. Both agriculture and self-domestication might have caused big changes in skull shape.

So, hey, it's cool that they dove into a cave and found a human skeleton in the murk, and cool that it is 12,000 years old, and also cool that it confirms the reigning model of how Indians got here. Discoveries don't have to change anything to matter.
Posted by John at 9:02 PM