Wickiana: Broadsheets of the Sixteenth Century 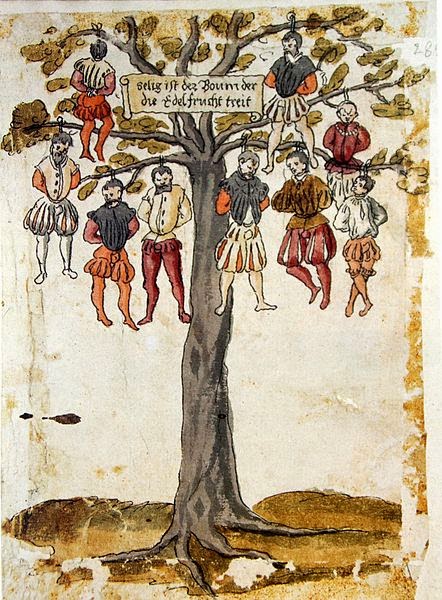 Johann Jacob Wick (1522–1588) was a Protestant minister in Zürich, Switzerland from 1552 until his death. In 1559 he began amassing a remarkable collection of illustrated news broadsheets that eventually included more than 400 items. Most are in German or Dutch, 52 in other languages. The oldest item in the collection dates to 1509; most are from the time when Wick as actively collecting. This collection has long been known as the Wickiana. (Above, nine Spanish nobles hanged from a tree in Holland, 1567.) 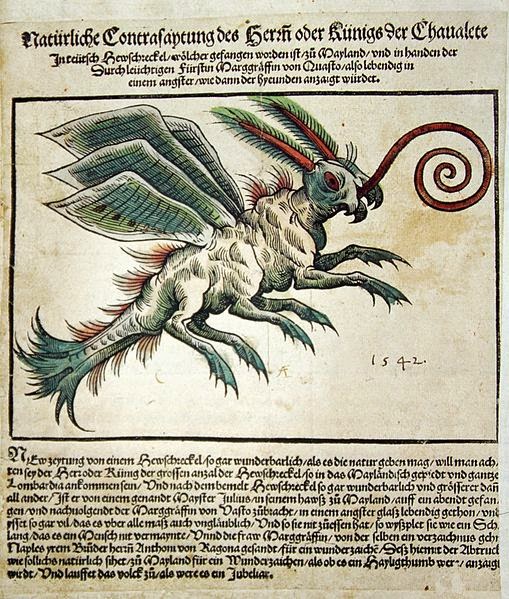 The Zürich Central Library has put most of the collection online, and a great delight they are to peruse. Above, a plague of locusts from 1542. 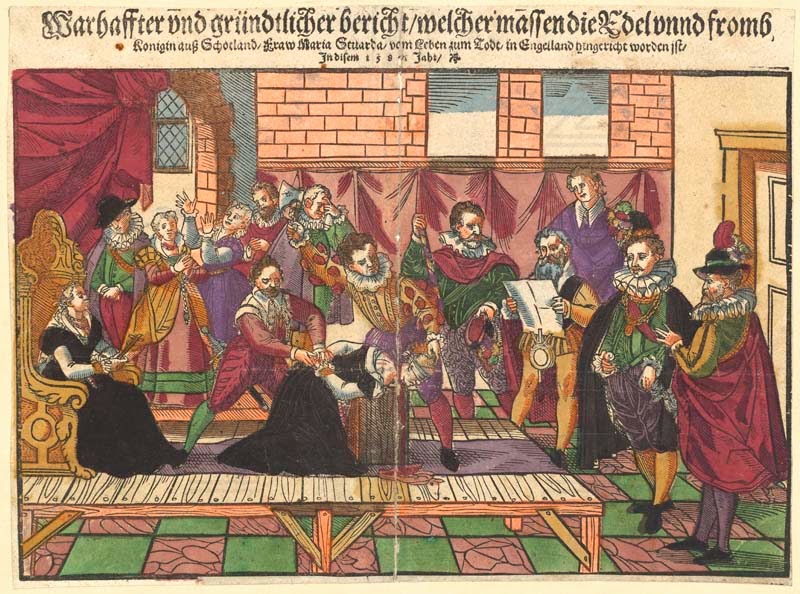 The execution of Mary Queen of Scots in 1587. 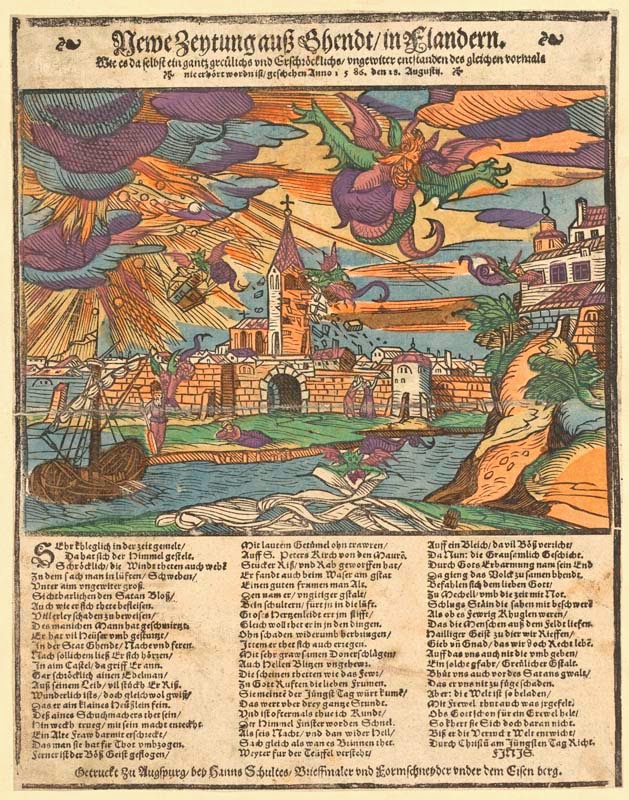 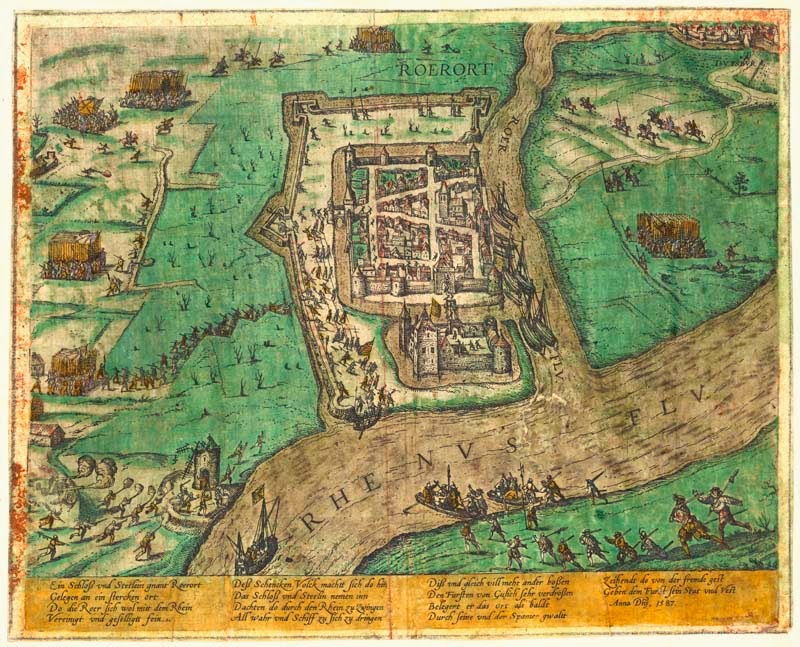 Roerort on the Rhine, fought over by the Spanish and Dutch in 1587. 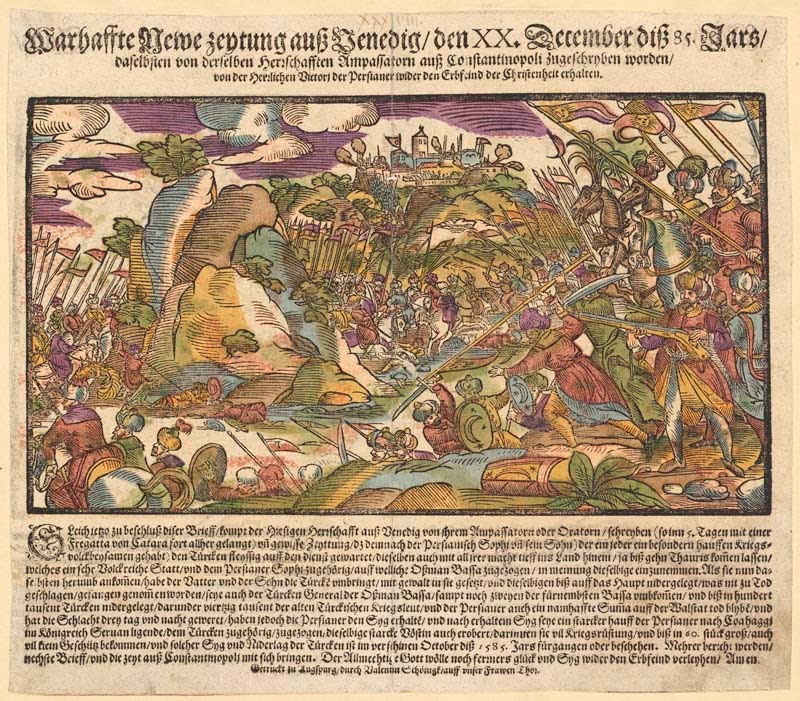 News from Venice: victory of the Persians over the Turks at Tabriz, 1585. 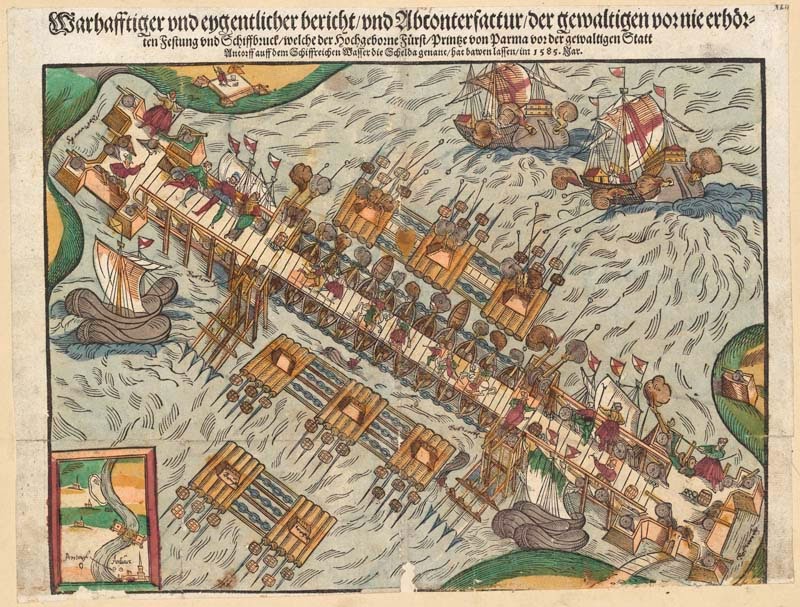 A "military wonderwork," the pontoon bridge built over the Scheldt during the siege of Anwterp in 1585. 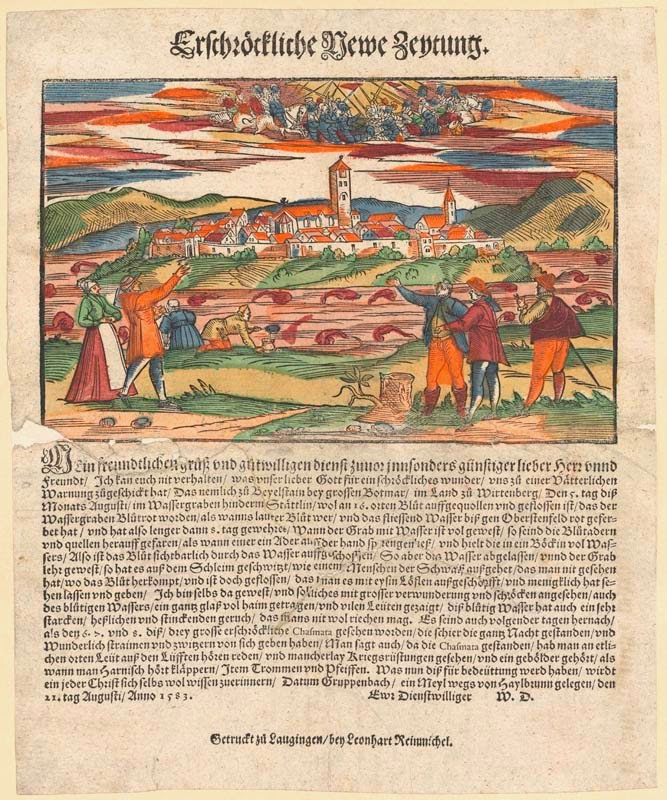 In 1583, the water in the moat around the town of Beilstein turns blood red. 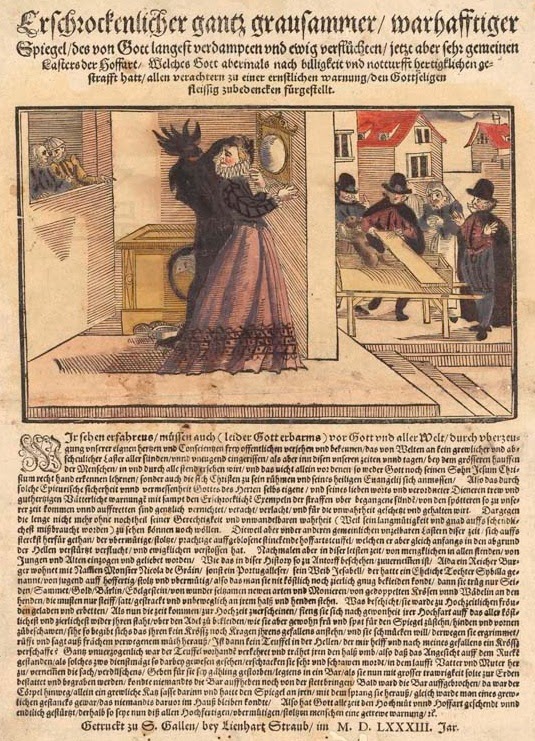 The story of a merchant's daughter in Antwerp who was ensnared in a mirror by the devil and then murdered for her finery; a warning against vanity and luxury. 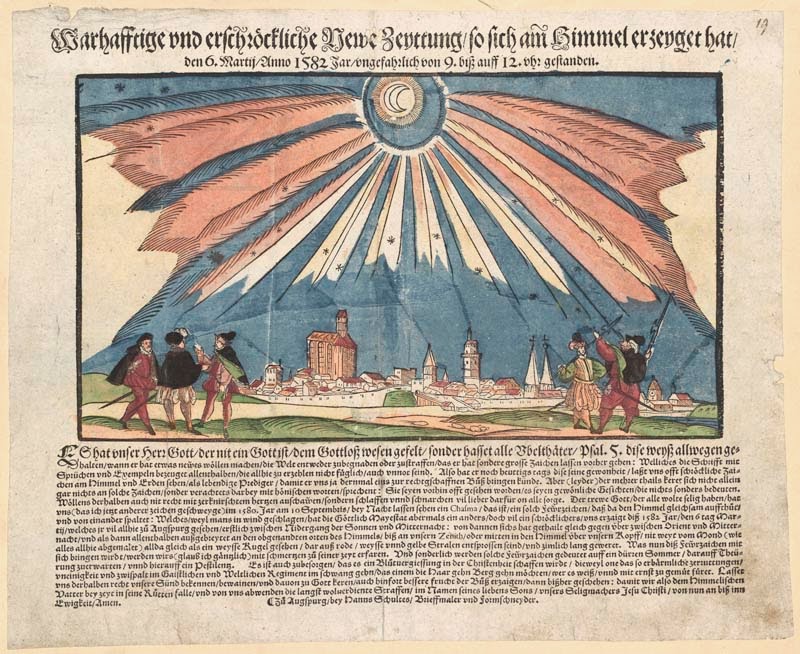 Appearance of the northern lights over Augsburg in 1582, interpreted as a warning of catastrophe. 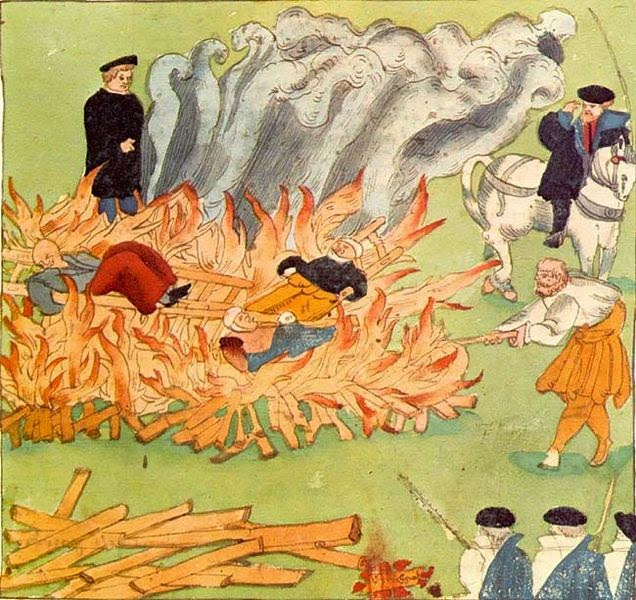 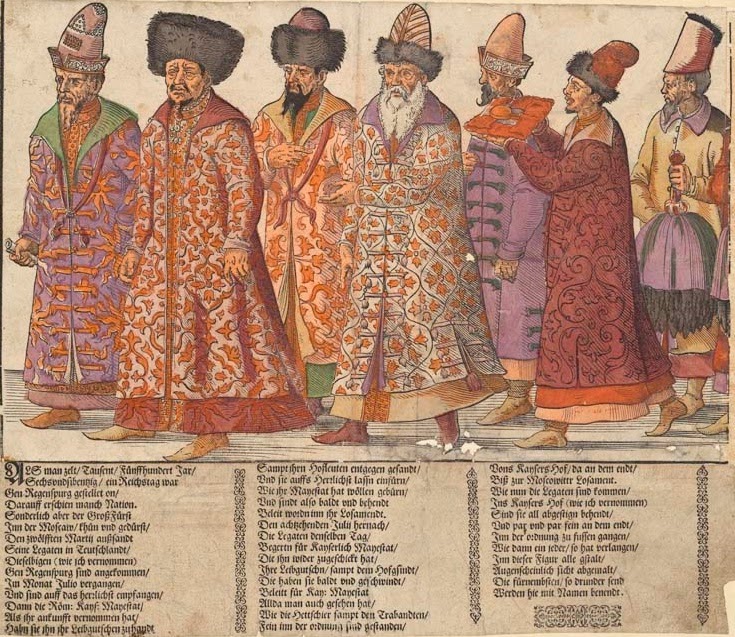 Embassy from the Russian Tsar to the court of Emperor Maximilian II, 1576
Posted by John at 6:56 PM