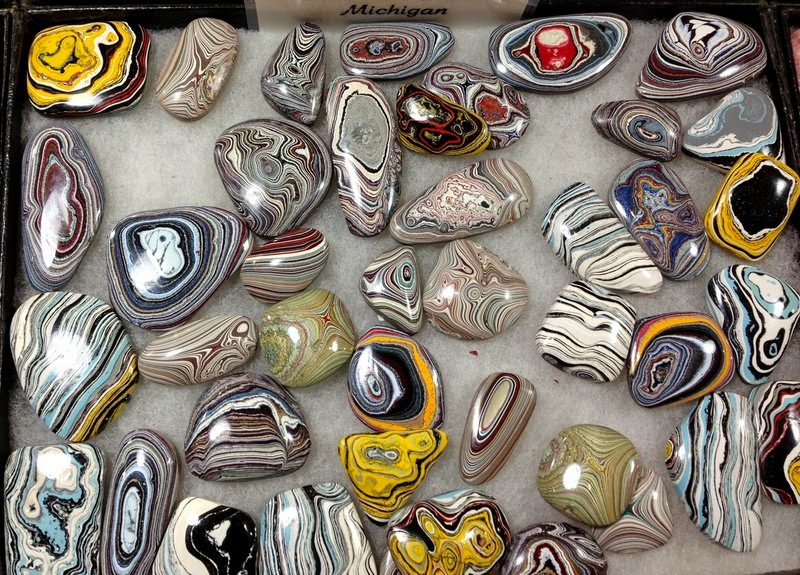 These "stones" are actually industrial pollution:


One of the by-products of car production was Fordite, also known as Detroit agate. The colorful layered objects take their name from agate stones for their visual resemblance. But instead of forming from microscopically crystallized silica over millions of years, Fordite was formed from layers of paint over several tens of years. Back in the day, old automobile paint would drip onto the metal racks that transported cars through the paint shop and into the oven. The paint was hardened to a rock-like state thanks to high heats from the baking process. As the urban legend goes, plant workers would take pieces home in their lunch pails as a souvenir for their wife or kids. Since then, car production has modernized and Fordite has been rendered a relic of the past. 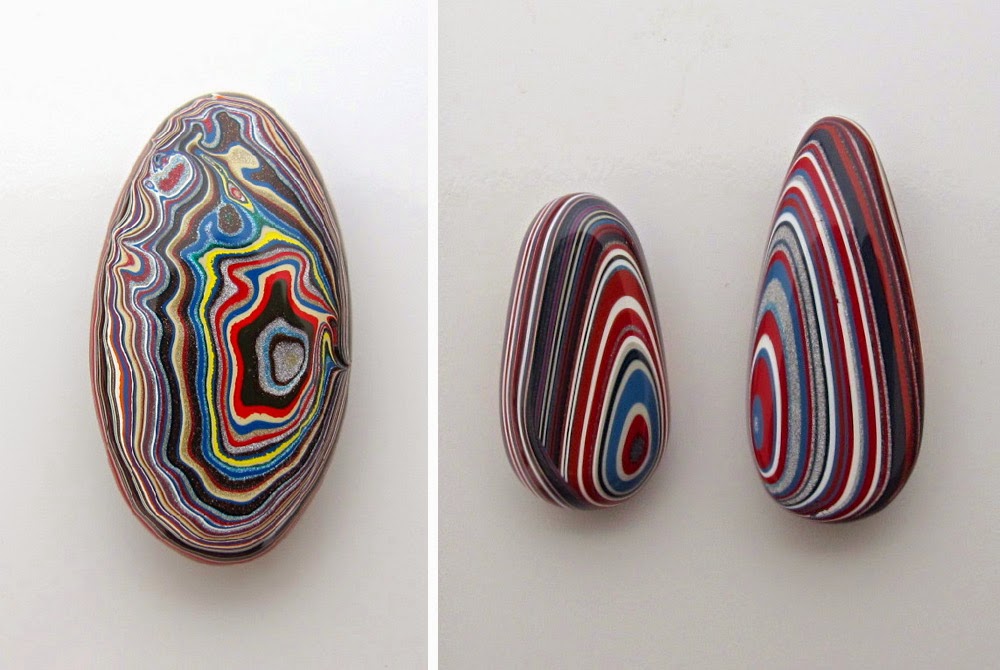 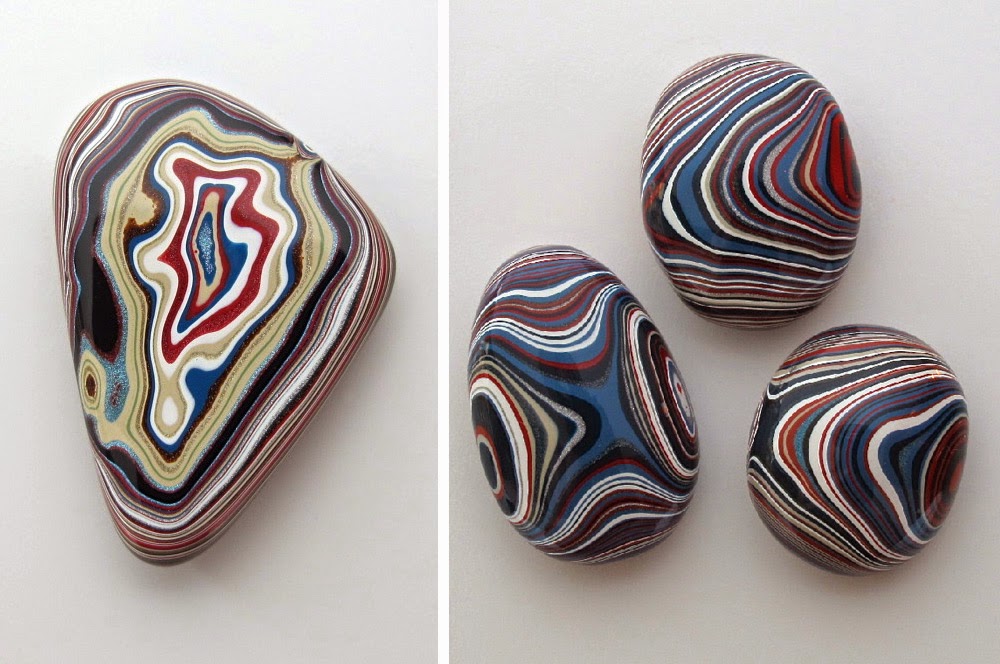 More at This is Colossal.
Posted by John at 7:51 AM