Doggerland and the Great Wave 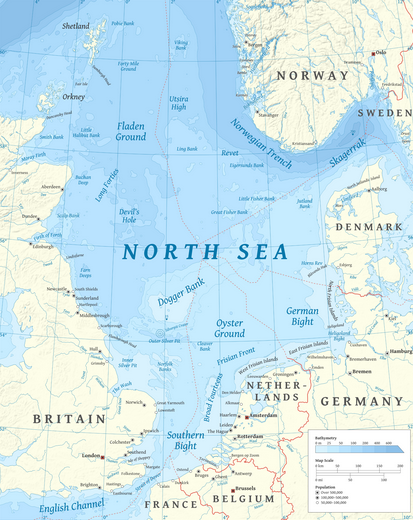 In the middle of the North Sea is a huge sand bank known to fishermen as Dogger Bank, where the water was sometimes very shallow. I have read that in the early 1800s fishermen played cricket on exposed sands during the lowest tides of the year. Over the course of the nineteenth century fishermen dragging nets across the sea bottom began to find evidence that Dogger Bank and other North Sea shallows had once been land: bones of land animals, tools, even human bones. 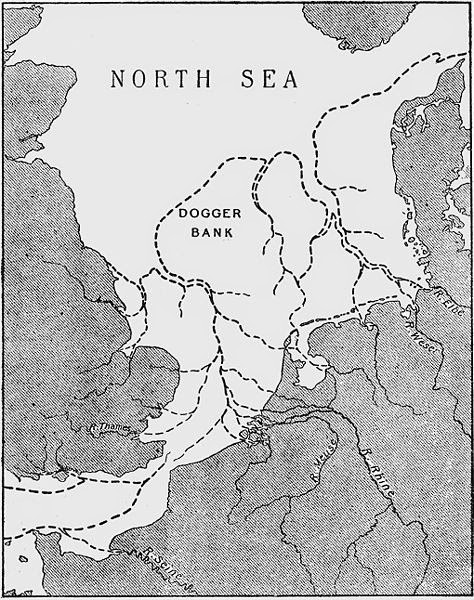 We now know that during the last Ice Age, much of the North Sea was land. As the ice melted and sea level rose, the land was slowly drowned. The map above shows one archaeologist's reconstruction of the land area about 10,000 BCE. This is a harder problem than you might think, because the sandy landscape has been radically reshaped since the sea rose over it; that fabled cricket pitch must have been washed away by waves, since there is now no part of the Dogger Bank shallow enough that it would have been walkable in nineteenth-century conditions. 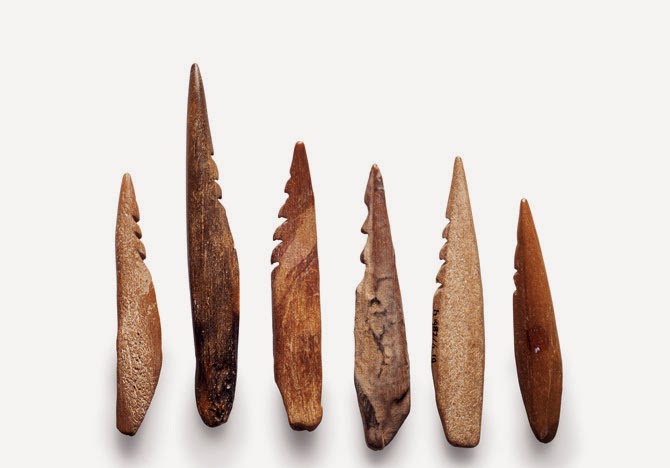 But evidence of human habitation in what archaeologists call Doggerland multiplies. These bone and antler arrowpoints have been dredged up near the Dutch coast (from a set of pictures by Robert Clark at National Geographic.)

Dogger Bank must have been a range of hills -- the Dogger Hills, we call them. And then as the sea rose they must at some point have been a range of islands. Then, at some point, the last island sank below the waves. I am fascinated by these lost islands, and I have long wondered what part they play in myths of sunken towns and kingdoms beneath the sea. Anyway, there are two theories about the final  abandonment of Doggerland. Some think it happened with a whimper, the last people sadly loading their boat and going to join relatives who had fled to Britain years before. But others think it happened with a bang:


A prehistoric "Atlantis" in the North Sea may have been abandoned after being hit by a 5m tsunami 8,200 years ago. The wave was generated by a catastrophic subsea landslide off the coast of Norway. [The Storegga Subsidence, to geologists.]

Analysis suggests the tsunami over-ran Doggerland, a low-lying landmass that has since vanished beneath the waves. "It was abandoned by Mesolithic tribes about 8,000 years ago, which is when the Storegga slide happened," said Dr Jon Hill from Imperial College London. “The impact... would have been massive - comparable to the Japanese tsunami of 2011.” The wave could have wiped out the last people to occupy this island.

Which strikes me as a great way to get stories of lost undersea kingdoms started.
Posted by John at 11:33 AM