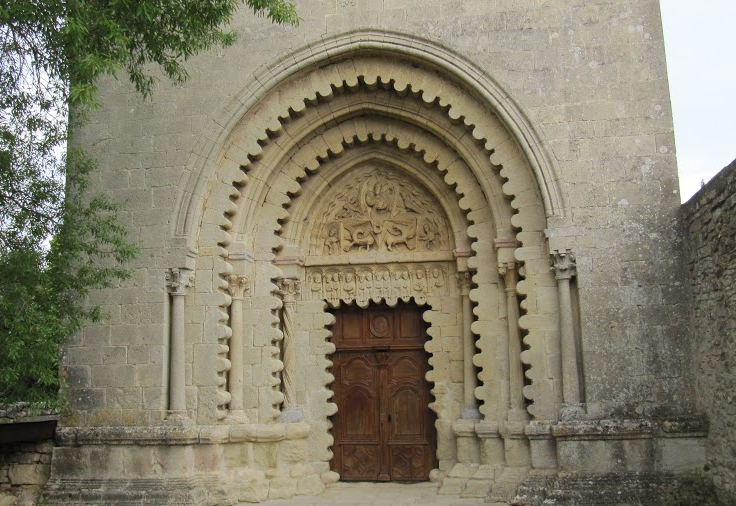 Le prieuré Notre-Dame de Ganagobie is a Benedictine Abbey in Provence, France. It was founded around 965, and the current church was built in the first half of the twelfth century. In 1058 it was given to the great abbey of Cluny and became one of Cluny's daughter houses. 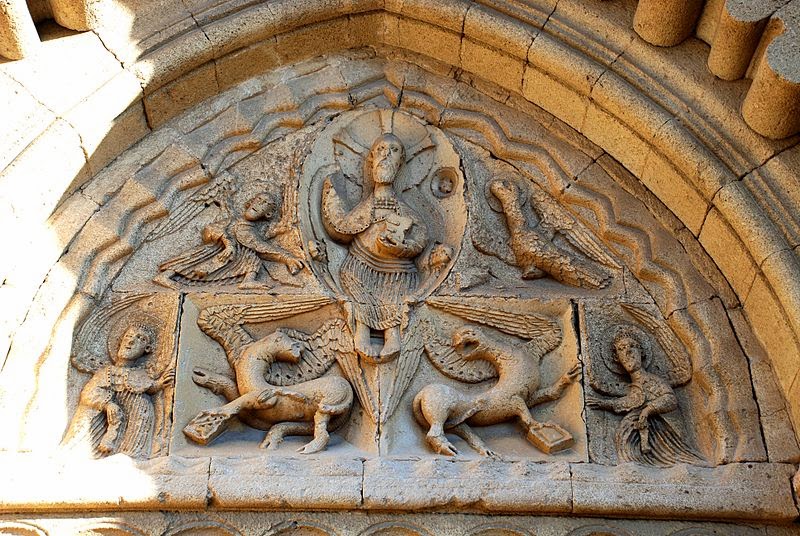 Its modern history has been enmeshed with France's great religious conflicts. Around 1560 it was taken over by Hugenots and made into a Protestant fortress, and it suffered considerable damage when the royal governor of Provence drove them out. 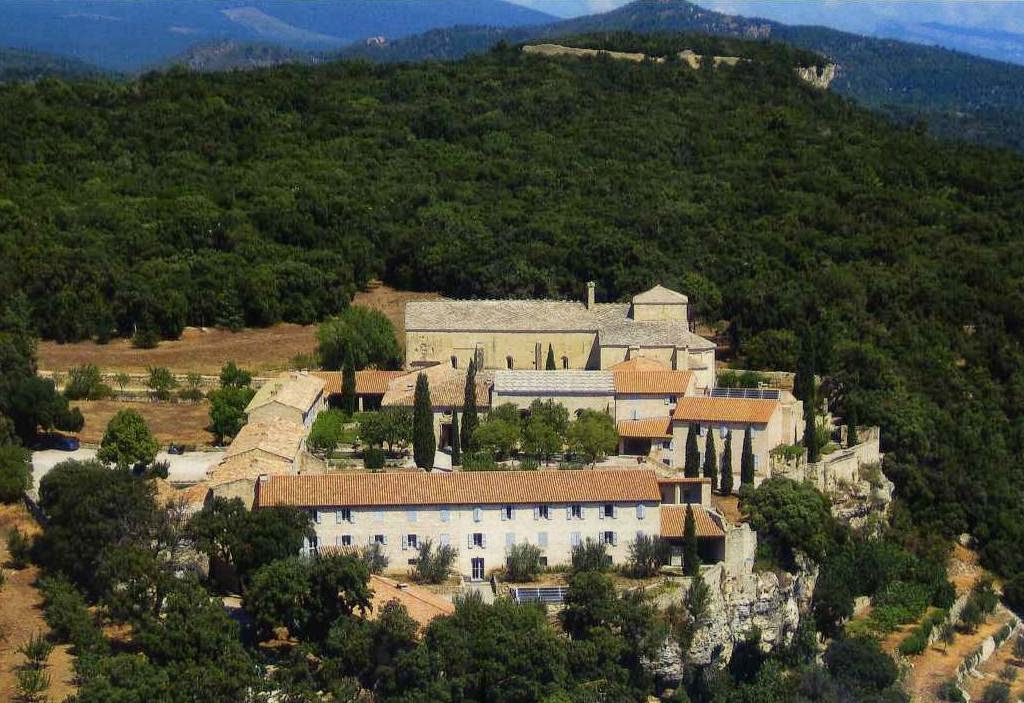 It was reconstructed and refounded as a monastery in the mid 1600s, and some of the buildings date to that time. 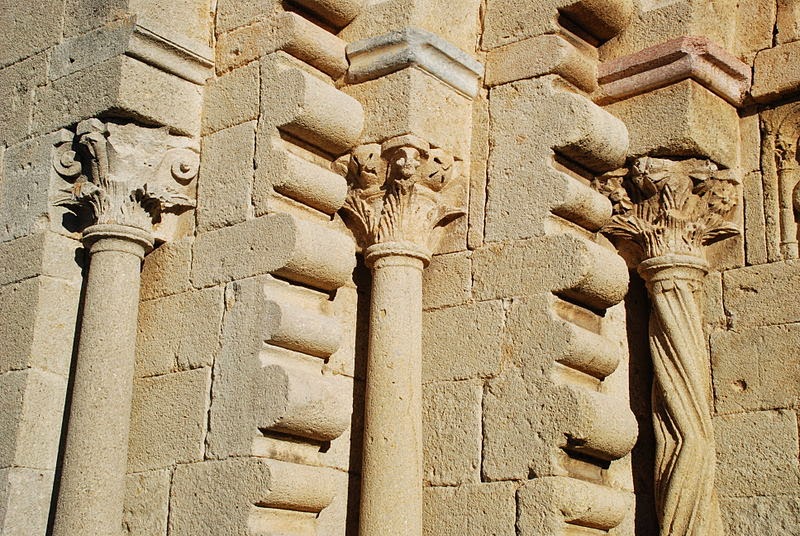 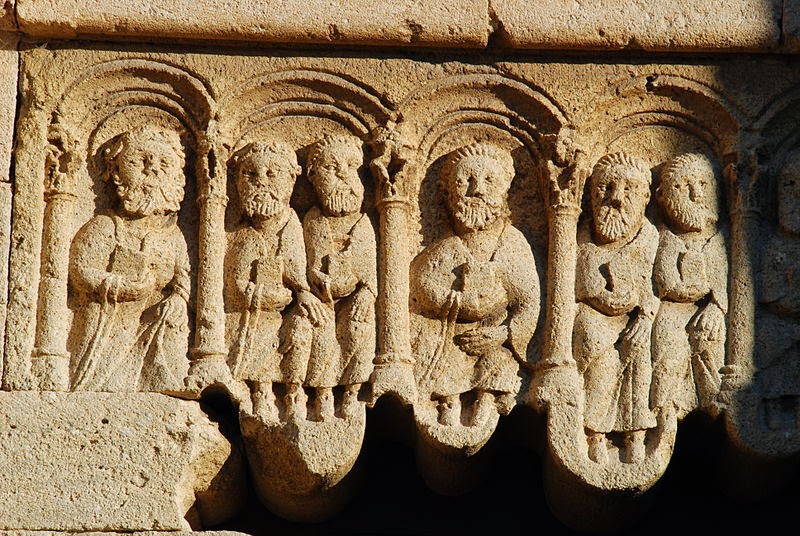 Then in 1788 it was secularized by the revolutionary government, which turned it into a school. 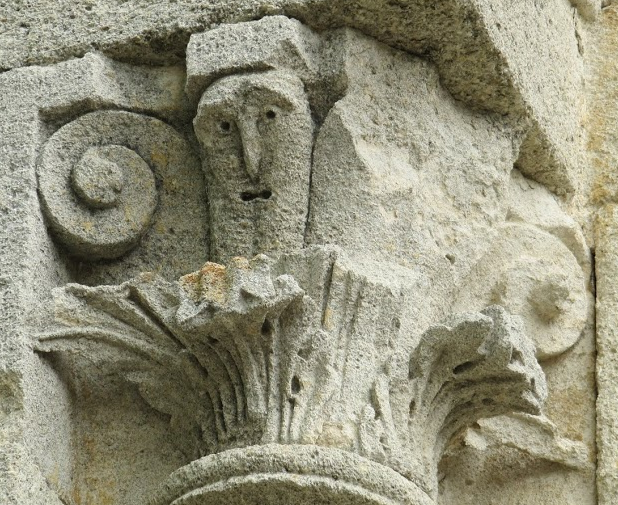 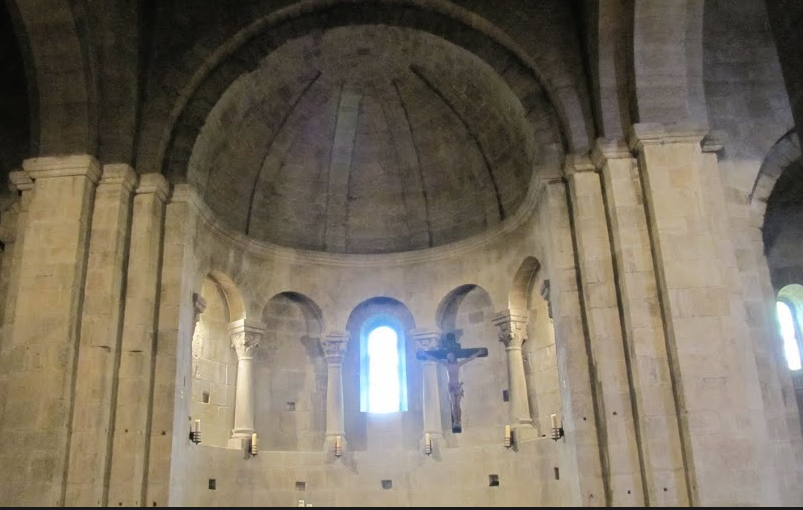 Finally in 1891 the local government gave it back to the church, and it became a monastery again. It remains so. 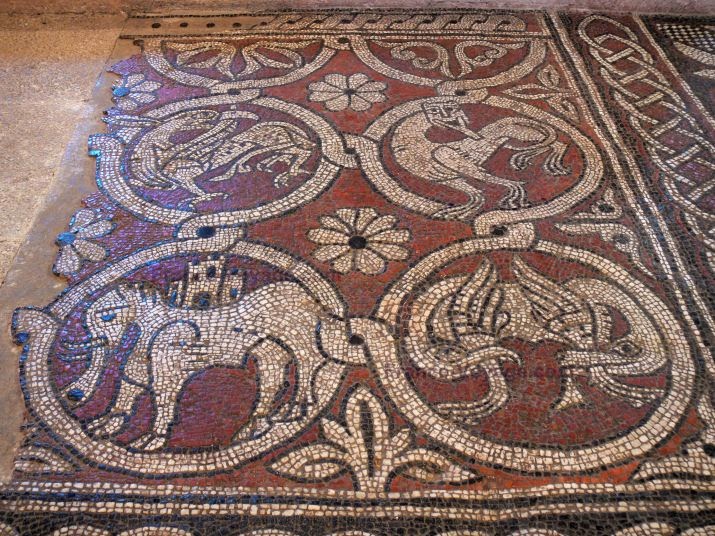 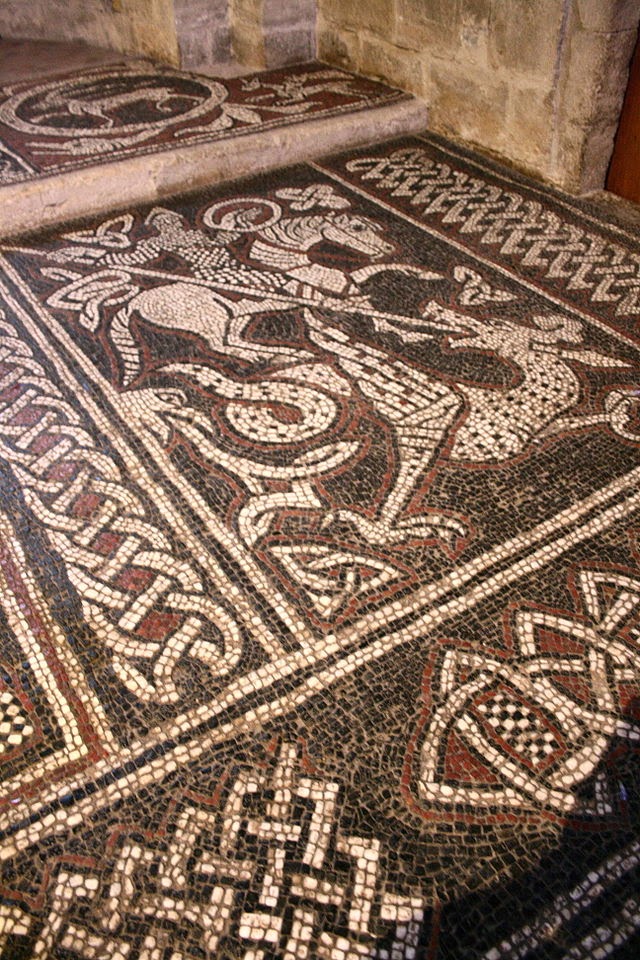 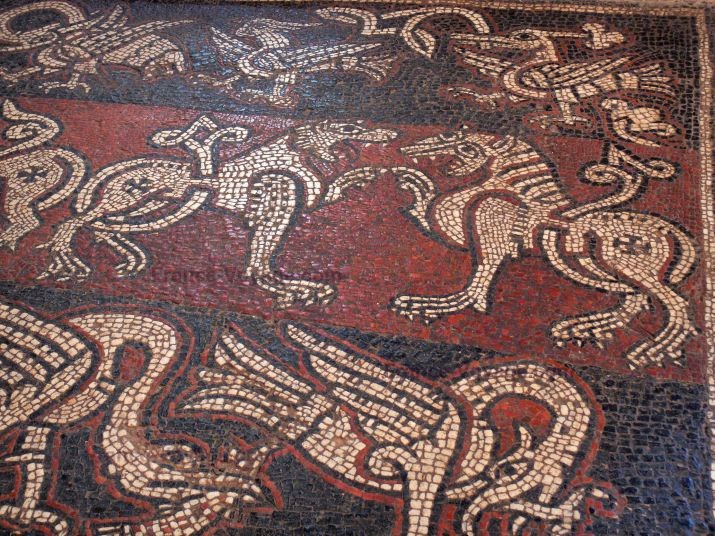 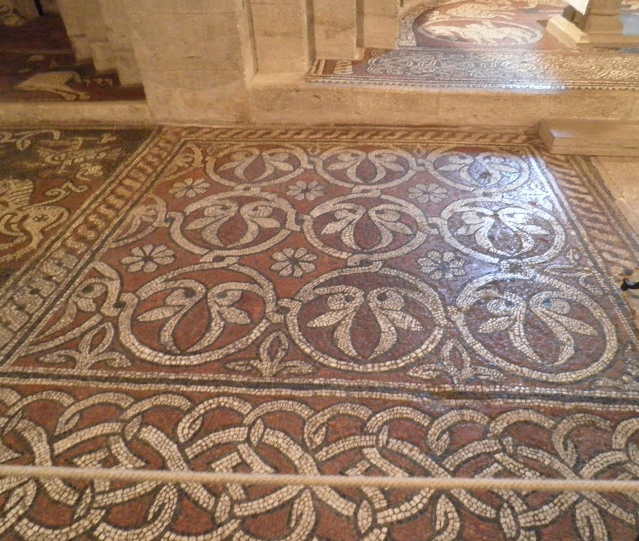 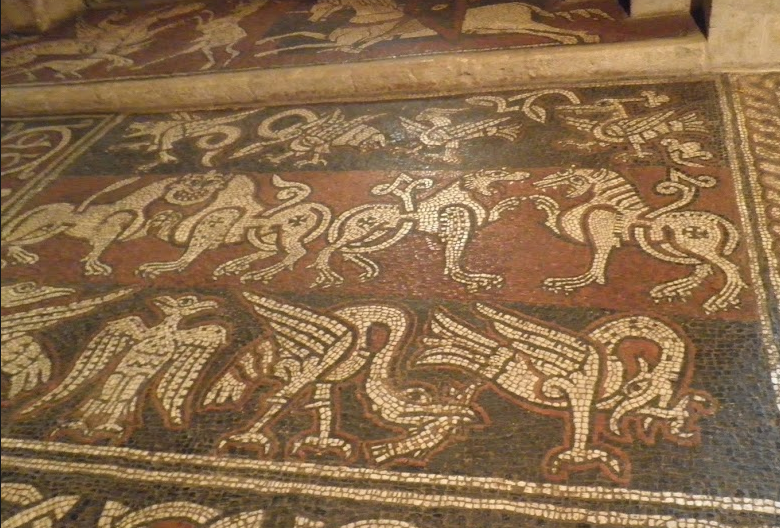 The most distinctive feature of the church is its mosaics, which date to the twelfth century. 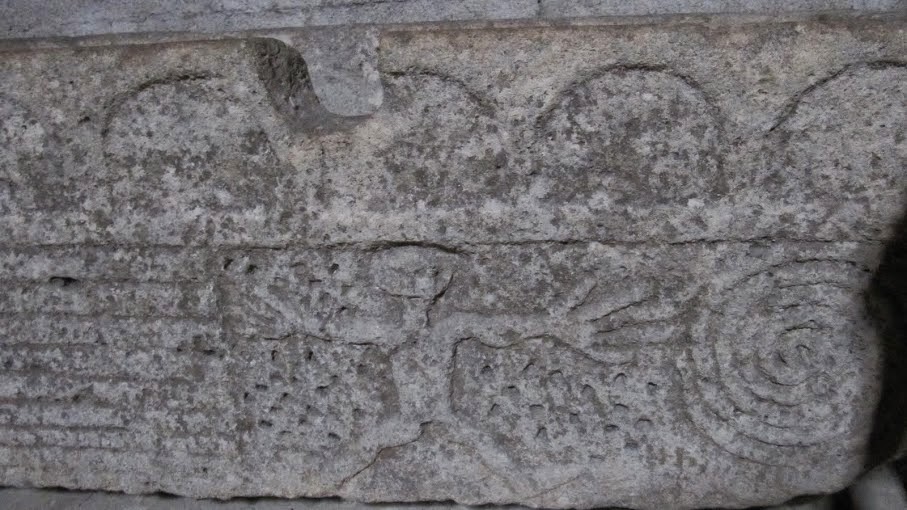 The church also houses this unusual sixth-century sarcophagus, which looks ripe for interpretation in all sorts of interesting ways. 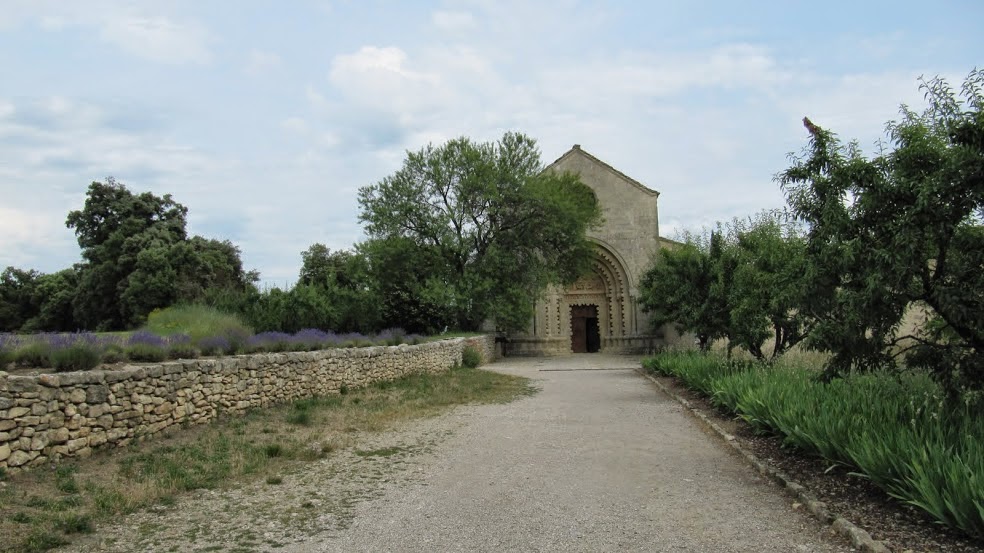