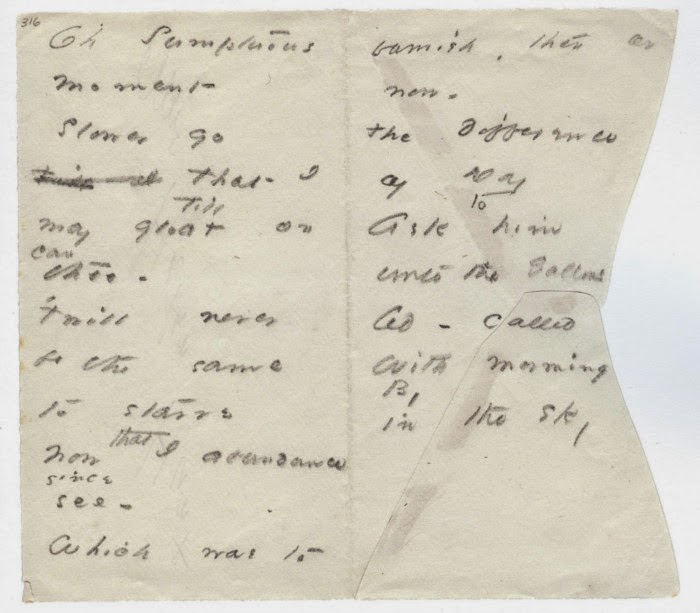 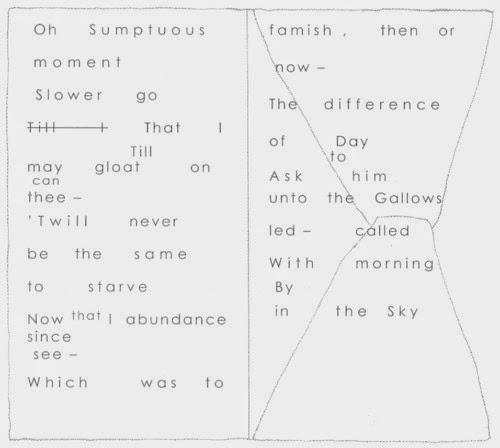 Emily Dickinson's poetry is an elusive, unfinished thing. Only a dozen of her poems were published during her lifetime, and the rest are known only from manuscripts. Even the most polished of these contain scratched out words, alternative words and phrases noted in the margins, and strange punctuation that has to be cleaned up by her editors before the poems are presented to the public. 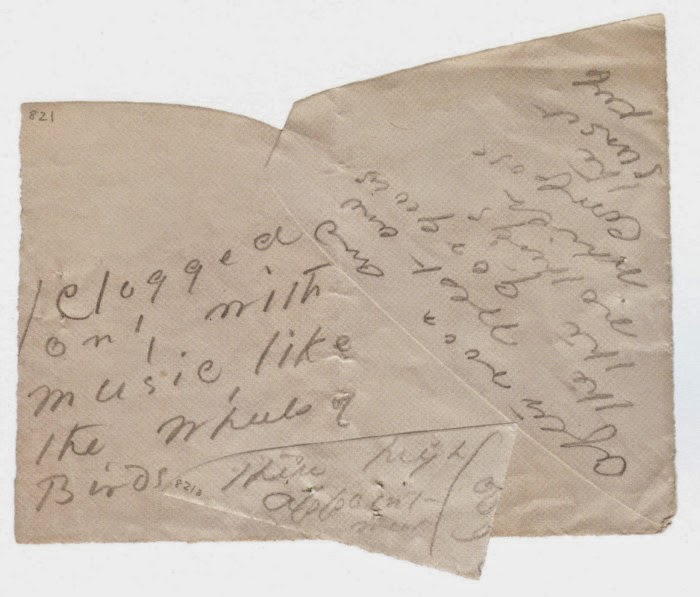 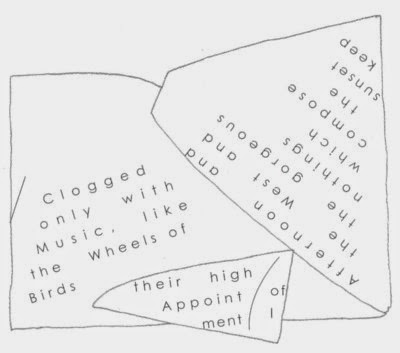 But until recently only Dickinson scholars knew about these even less finshed "fragments," left about the room she lived in as a virtual recluse and swept into a file after death. They are scrawled on any odd bit of paper that came to hand, but especially envelopes. Now they have been published in a wonderful facsimile volume by Marta Werner and Jen Bervin, titled The Gorgeous Nothings, so we can all get to know them. 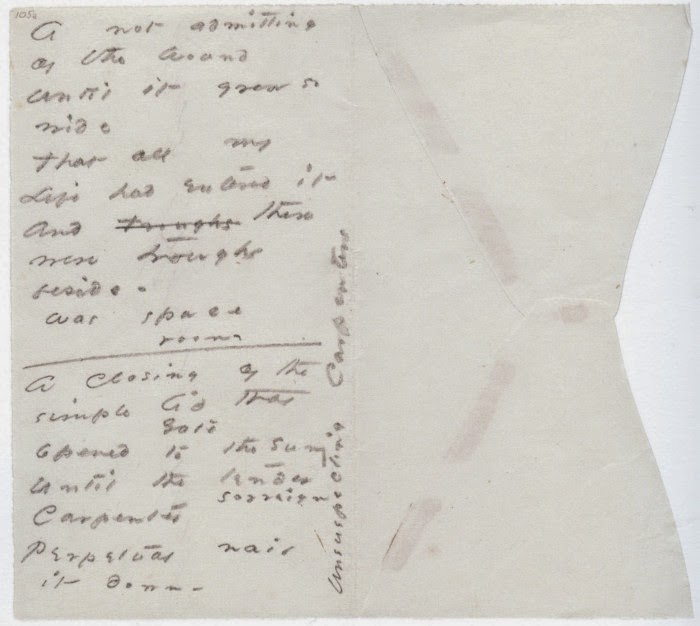 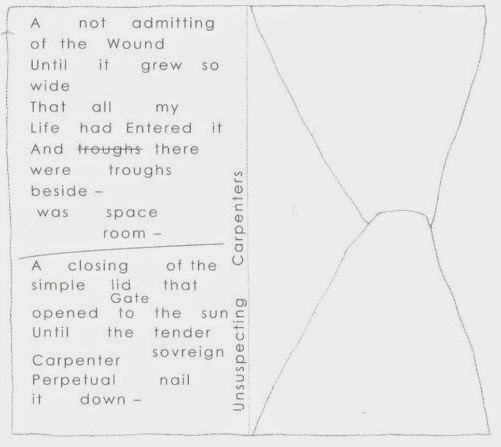 Strange as these seem, they are really not so different from some of her messier poems -- even after the editors have chosen the words to print, some of these seem more like a series of thoughts dashed off in idle moments than a sonnet. I wonder how many of her famous works started out like these? 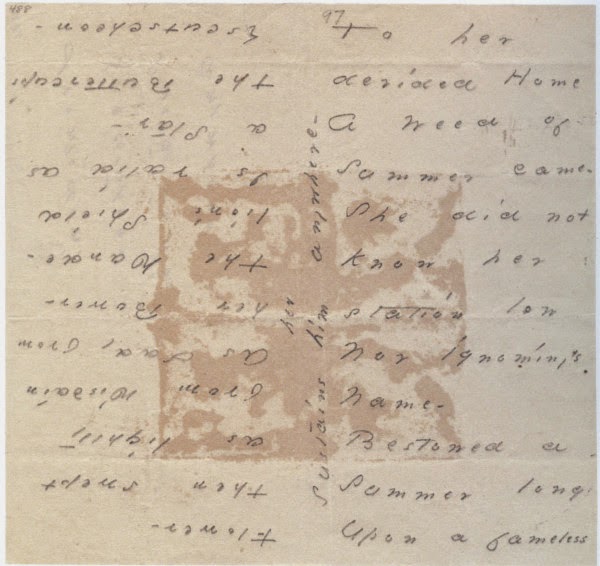 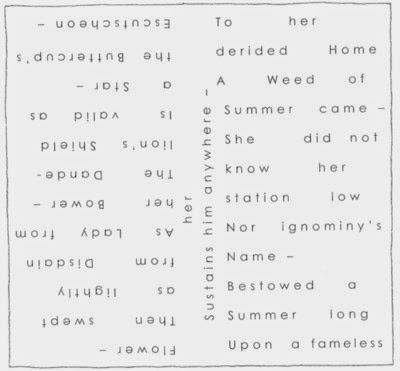