Rakhigarhi and the Origins of Harappan Civilization 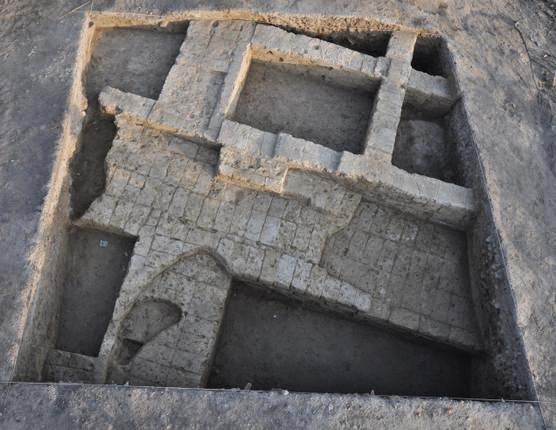 Rakhigarhi is a Harappan (Indus Valley civilization) archaeological site in northwestern India. The site is located along the now dry Drishadvati River. By area it is now said to be the largest Harappan site yet discovered, about 350 hectares (860 acres), although it does not seem to have a monumental core and it may not all have been occupied at once. The recently unearthed granaries, above, are the biggest buildings yet discovered. They date to around 2500 BCE. Their construction is much like that of the public buildings at Harappa and Mohenjo-Daro: carefully cut stones, precisely laid, carefully plastered, well-provided with drains. 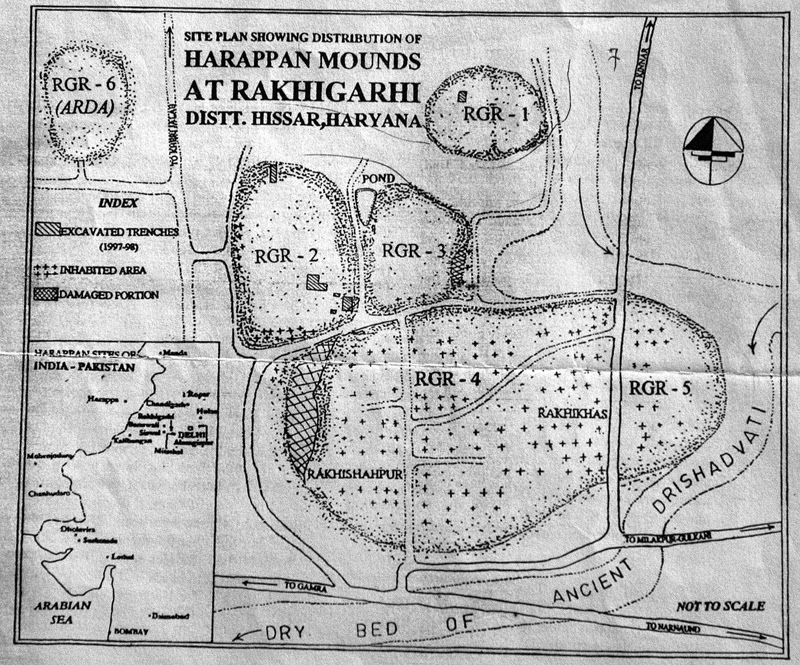 Plan of the site. You can see that it is made up of several separate mounds. 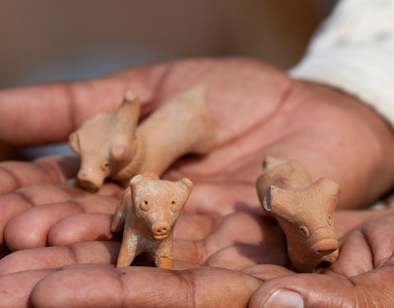 These small animal figurines are among the more interesting common artifacts at Harappan Sites. 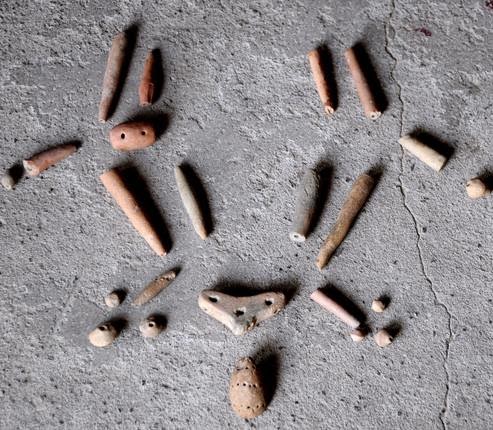 Rakhigarhi has been in the news lately because of its possible connection to the origin of Harappan civilization. The site has a neolithic component, dating back to before 5500 BCE. It has not yet been established, but the excavators think that the site was continuously occupied across that whole period. That would make it a crucial place to study the origin of Harappan civilization, which is still rather mysterious. 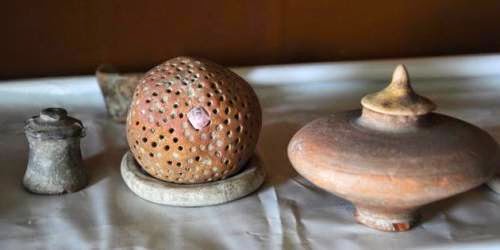 I have to say, though, that this account of a conference about Harappan studies held in India in 2012 gives me pause. The question of where Harappan civilization arose seems to be all mixed up with India-Pakistan rivalries, and there is some nonsense from people who want to reclassify neolithic cultures as "Early Harappan" and then say that Harappan "civilization" is 9,000 years old. And then there is a lot of this sort of thing from Hindu nationalists determined to show that their civilization arose in India 7,000 years ago and there has been perfect continuity from the neolithic to the present. They insist that there never was any "Aryan invasion" and that the similarities between Sanskrit and European languages were either invented by European linguists to justify colonialism or else the result of Indians leaving the subcontinent and making their way to Europe. Among other things they have tried to rename the dried up river formerly known as the Ghaggar-Hakra as the Sarasvati, after the river that flows through the kingdom of the ancient Rig Veda; this would put the events of the ancient epics, which some western scholars think took place in central Asia, safely on Indian soil. So while I am fascinated by Rakhigari and other Harappan sites in India I am not sure that I will believe much of what I read about what is found there. It reminds me of the archaeology of Jerusalem: wonderful, if you could just believe what everybody says about it.
Posted by John at 7:45 AM