The Book of Miracles 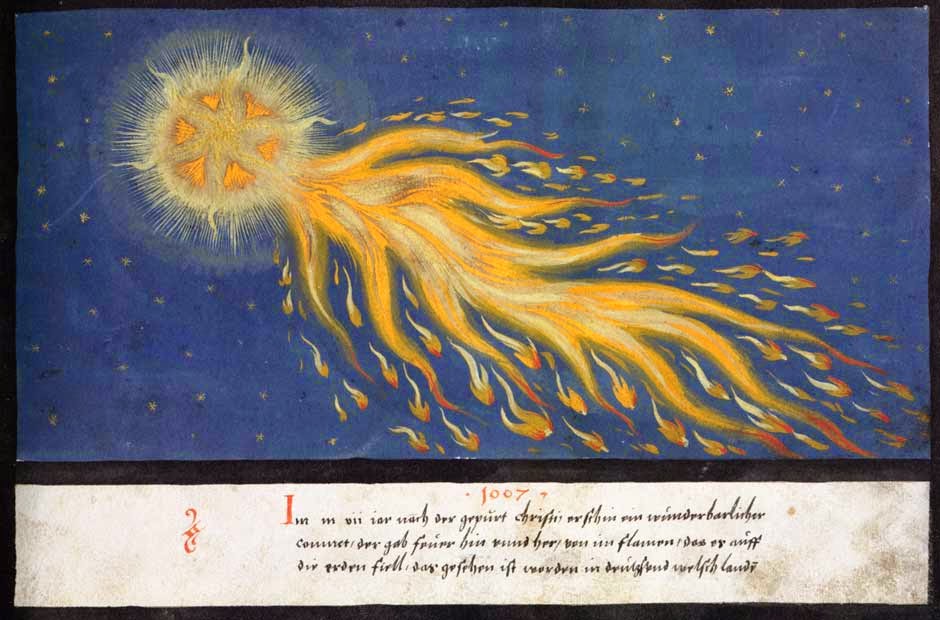 Illustrations from a Book of Miracles produced in Augsburg around 1560, and recently published in a facsimile edition.


The Book of Miracles unfolds in chronological order divine wonders and horrors, from Noah’s Ark and the Flood at the beginning to the fall of Babylon the Great Harlot at the end; in between this grand narrative of providence lavish pages illustrate meteorological events of the sixteenth century. In 123 folios with 23 inserts, each page fully illuminated, one astonishing, delicious, supersaturated picture follows another. 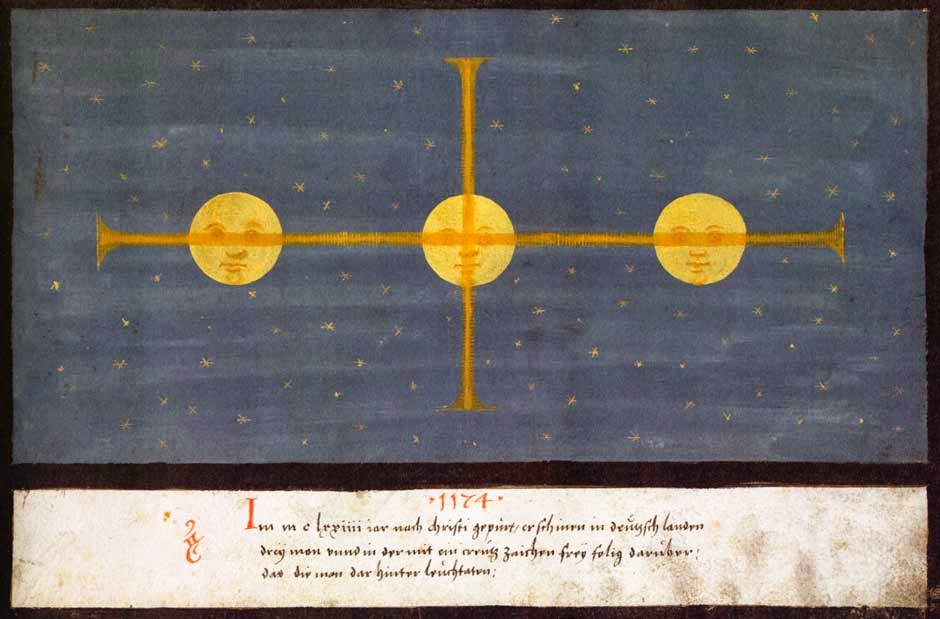 Three moons and a cross, a portent seen in Germany in 1174. 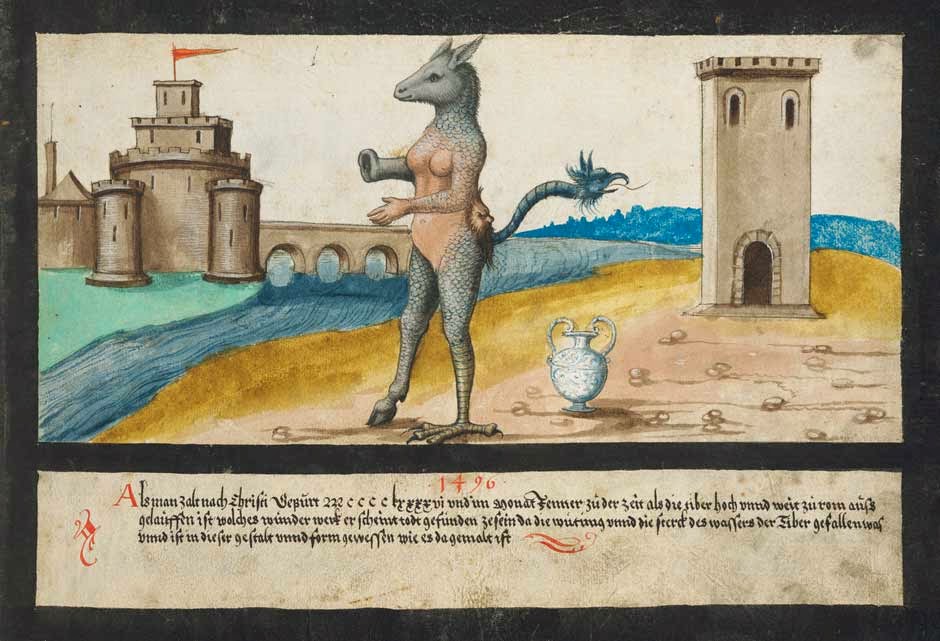 The "Tiber Monster," found on a mud bank in Rome after the flood of 1496 subsided. 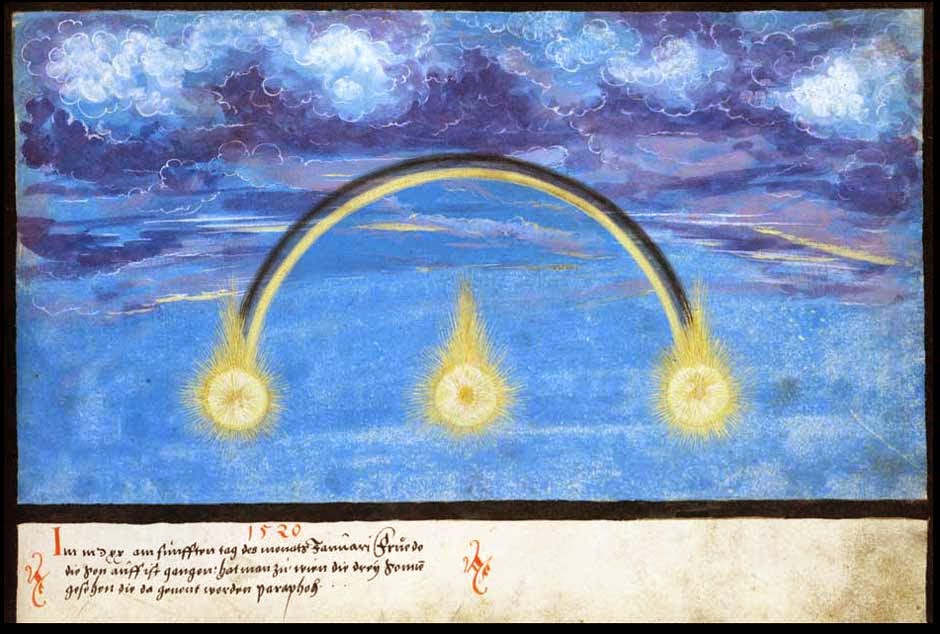 Three suns seen in the sky at once, a phenomenon known as Parhelia in which trapped layers of cold air act as mirrors; this same image launched Edward IV toward the throne of England. 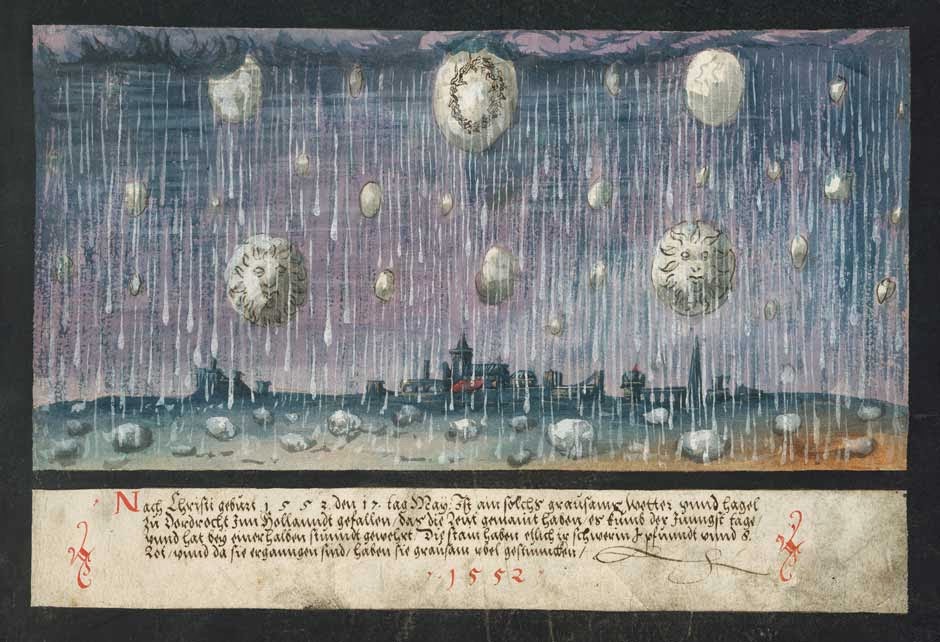 A terrible hailstorm in Dodrecht, 1552, the last dated miracle in the manuscript. More here.
Posted by John at 7:04 AM