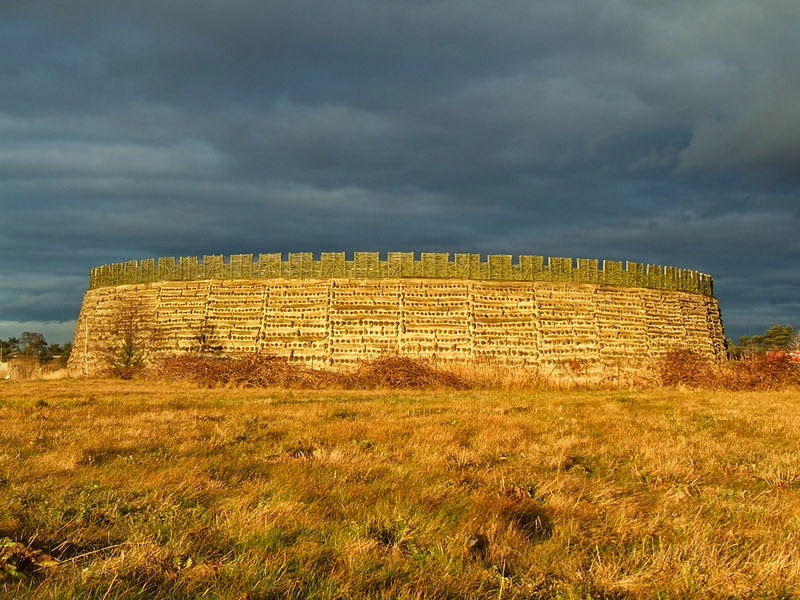 Slawenburg Raddusch is one of about forty medieval "ring  fortresses" so far discovered in the Niederlausitz (Lower Lusatia) district of eastern Germany. The fortresses were built in the ninth and tenth centuries, this one in about 880 CE. They were built by Slavs of the Lusitzi tribe. (Slawenburg just means Slavic Castle). Historians think the great concentration of fortresses may be related to the expansion of German-speakers into the area, which was ruled sporadically in the tenth century by the German emperors. 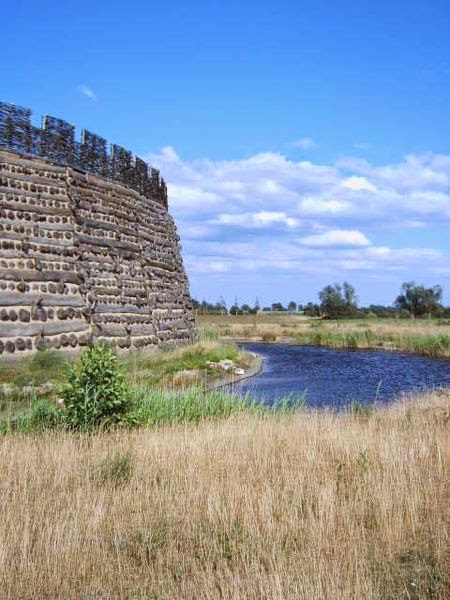 Slawenburg Raddusch was discovered in the 1990s by archaeologists working in advance of coal mining. It was reconstructed in the original style, which is a log frame filled in with earth. The base of the wall is almost 10 meters (33 feet) thick; the interior space measures 35 by 36 meters (115 by 118 feet). 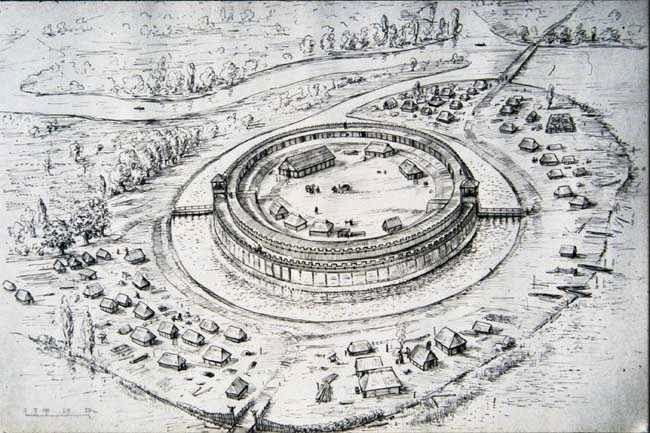 Drawing of the site in the tenth century. You can see that the inside of the fortress was not built up; these ring fortresses seem to have functioned mainly as refuges for people who lived outside, not places of residence in themselves. The fort was built in a boggy area and surrounded by a moat. 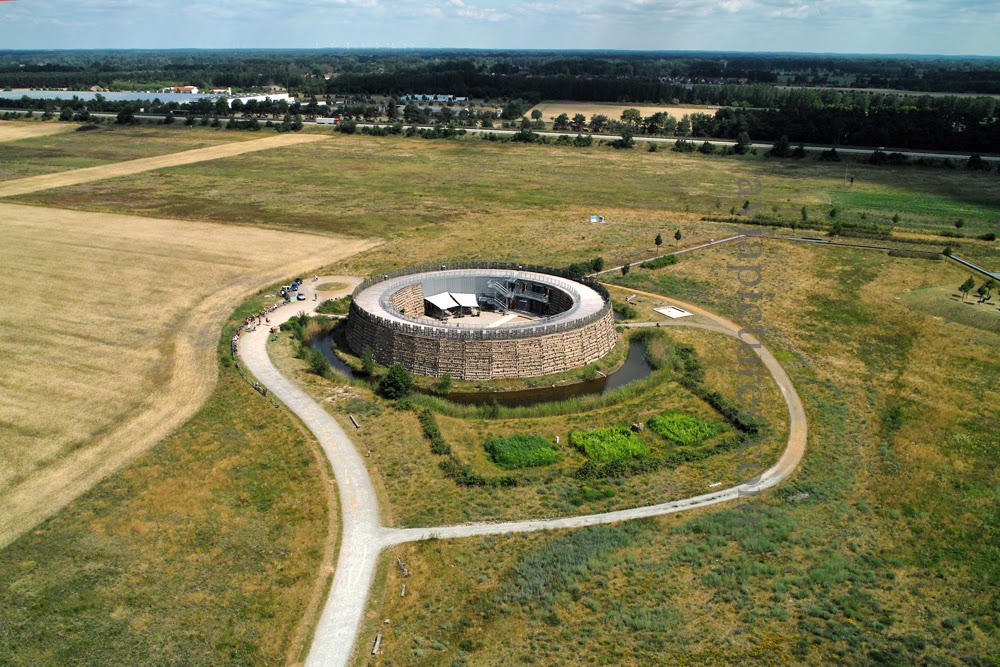 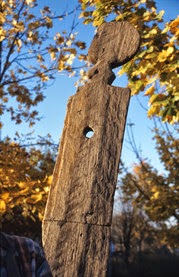 There is also a museum on the site which displays artifacts found during the excavation and also at other sites nearby. The site was occupied off and on from the Neolithic in the Middle Ages. The most spectacular find is this wooden idol of a Slavic god, found in the fortress itself. 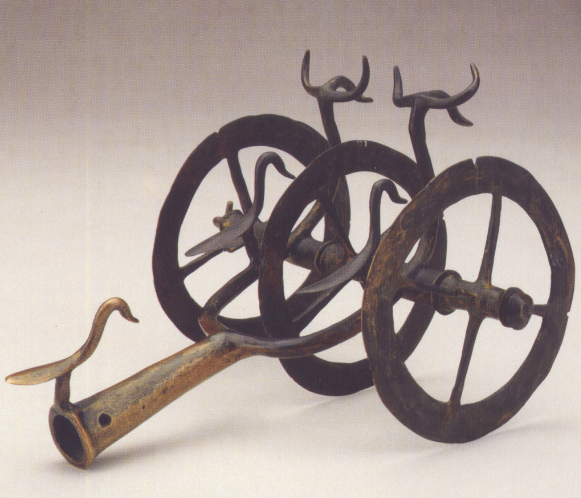 This object is shown on the museum's web site under the Bronze Age section, but it is not otherwise identified. Is it a miniature, ritual plow? 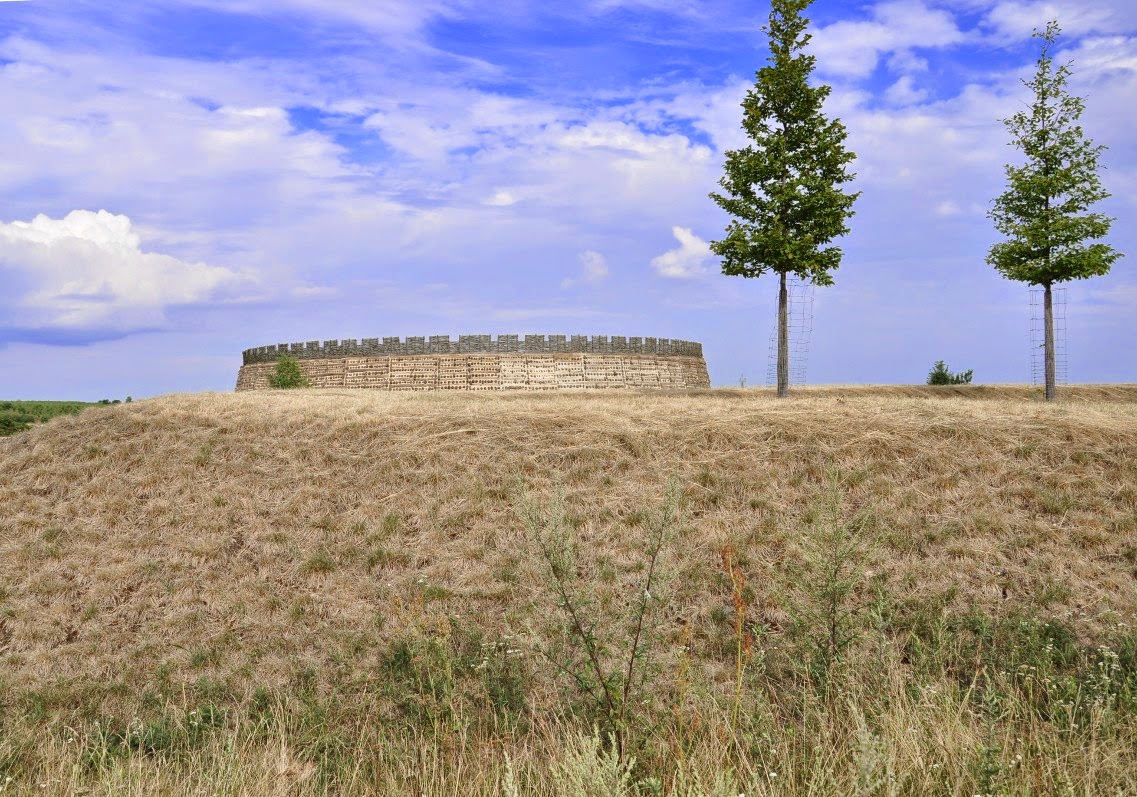 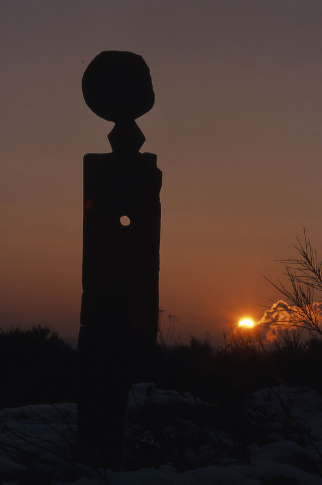