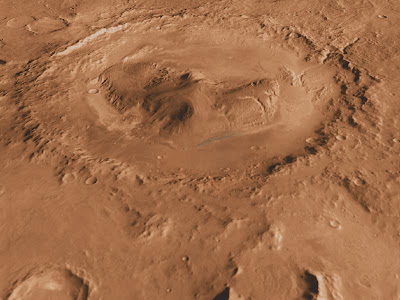 NASA has just announced the destination of the next Mars rover, Curiosity. The chosen landing site is in a large crater named Gale, 96 miles (154 kilometers) in diameter. In the center of the crater is a large mountain. 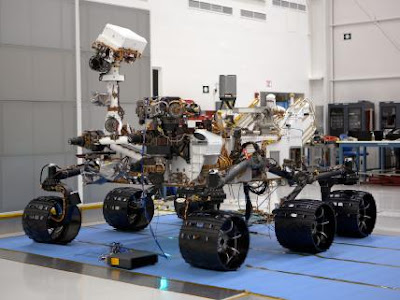 Curiosity is a much larger vehicle than previous rovers, and it is nuclear powered. 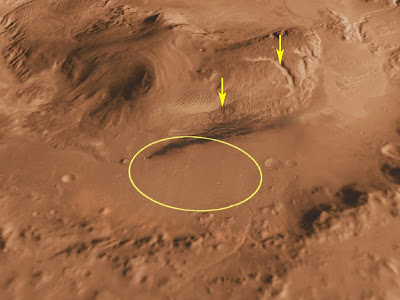 This is the landing site, near to what look like layered deposits at the foot of the mountain. 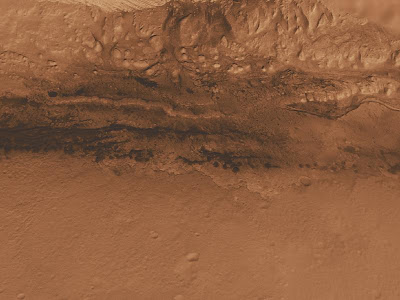 Close up of the layered deposits. Photo analysis suggests that some of these layers are sulfate-containing clays, which form in water. The idea is that by driving across this layered terrain the rover will be able to study rocks from different period of Mars' past. The mission is scheduled to launch late this year and land in August 2012.
Posted by John at 3:59 PM