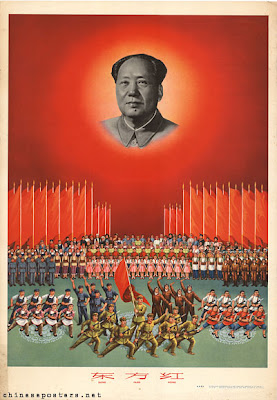 This summer, China is awash in red. As the nation commemorated the 90th anniversary of the CCP on July 1, hundreds of millions of schoolchildren, officials, retirees and even top Internet executives joined voices to sing "red songs" praising the motherland. Cinemas have rolled out the red carpet for a blockbuster propaganda film about the creation of the party. Local governments have sent out text messages with pithy quotes from Mao Zedong, the founder of the People's Republic, whose Little Red Book of sayings has for years been mere flea-market kitsch. . . .

Leading the revival of attention to the CCP's history, myths, symbols and beliefs is an unlikely figure: Bo Xilai, party secretary of megalopolis Chongqing and the closest thing to a political rock star in China. In June, under Bo's directive, some 50,000 Chongqing residents flocked to a stadium to belt out red songs. Bo has replaced moneymaking commercials on local TV with red programming, and he has ordered cadres to the countryside to "learn from the peasants" — an echo of Mao's disastrous rural revolution.

The resurgence of Maoism in China seems to represent a combination of politicking by the Communist Part, which wants to remain relevant, and nostalgia for the good old days of equality and shared struggle among many older Chinese. Told in the right way, the story of China's revolution is inspiring: a ragtag band of peasants and intellectuals overcoming the Kuomintang and the warlords, leveling the vastly unequal system, abolishing foot binding and other aspects of the horrific sexism, etc. In 1956 the Communists were hugely popular in China. Then came the madness of the Anti-Rightist Campaign, the Great Leap Forward, the Cultural Revolution, and all the rest of Mao's murderous assault on his own country. For most Chinese, even most Communists, those self-inflicted disasters so tarnished Maoism that they don't want to hear any more about it. But it is easy to see why some people, shocked by the incredible changes in China, long for simpler times when everyone ate the same food and had the same agenda. And for the party, troubled by corruption and unsure about the morality of the economic changes it has unleashed, the heroism of the Long March seems as good a place as any to look for renewal.
Posted by John at 7:44 PM