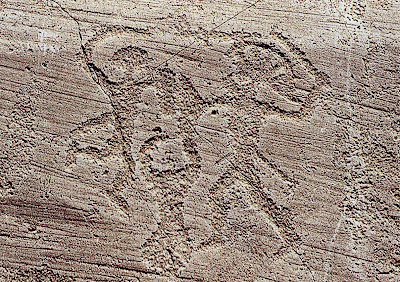 Scattered through the mountainous parts of Europe, from Galicia to the Carpathians, are certain rocky valleys full of Bronze Age monuments and rock art. The Val Camonica in northern Italy holds more than 350,000 petroglyphs, Monte Bego in the French Alps more than 80,000. These valleys seem to be special cult centers, since other nearby and quite similar valleys have no rock art at all. Some of the valleys were also cemeteries where hundreds of burials were found, but there is not much evidence that anybody lived at these sanctuaries. They seem rather to have been pilgrimage sites for people whose homes were spread out across a wide area. 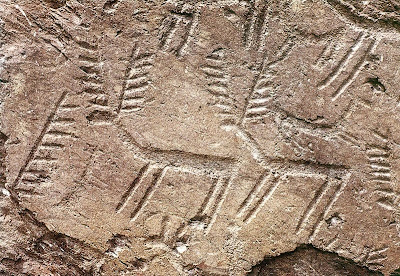 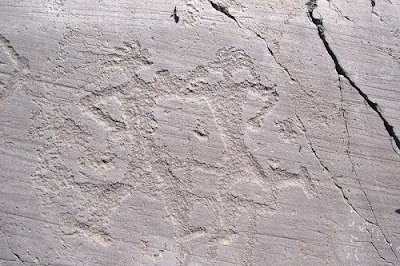 These are carvings from the Val Camonica. Among the common subjects are spirals, deer, bulls, and groups of men who appear to be fighting with swords, boxing, or possibly dancing. Some archaeologists think these carving depict rituals that took place in the sanctuaries, possibly sword dancing, mock battles, or real battles between champions. 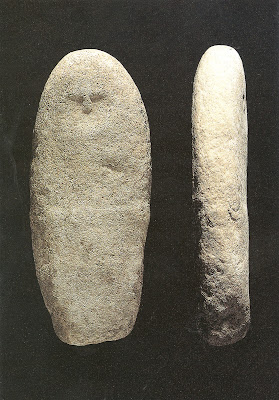 In both northern Italy and Spain the sanctuaries were adorned with carved stelae 1 to 2 meters tall (3.3 to 6.6 feet). Some have only abstract designs, but some are crude human figures. 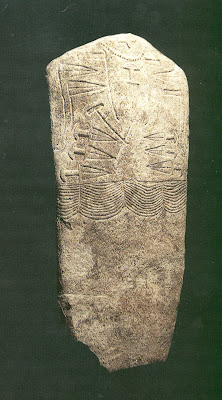 What these represent is much disputed. Some think they depict human heroes or demigods, and they point to the importance of heroes like Herakles in Late Bronze Age/Early Iron Age myth and cult. 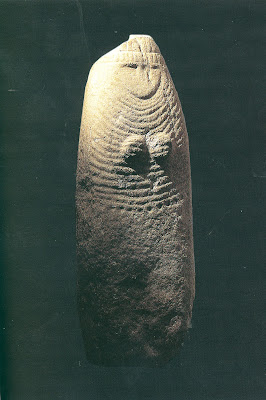 Others think they represent Gods. Italian archaeologist Emmanuel Anati calls them "monstrous anthropomorphic spirits" and thinks some are clearly malevolent, others beneficent.

I find it wonderful to imagine a Bronze Age tribe gathered in one of these valleys for a great annual festival, marked by ritual battles, sacrifices and great feasts, watched over by the cold stone eyes of these disturbing statues.
Posted by John at 8:08 AM