On Their Way to the Somme 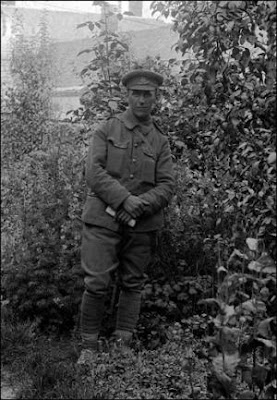 The Independent has obtained a marvelous cache of photographs of British soldiers from World War I. The pictures were taken by a photographer in the small French town of Warloy-Baillon, in 1915 and 1916. About 400 glass plate negatives were recently found in an attic of the town, and more than 200 of the images have now been scanned and restored. 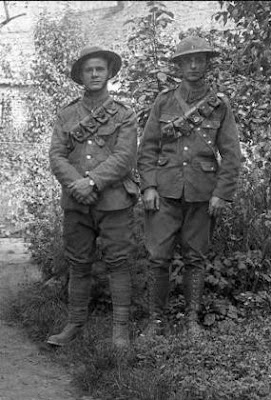 Warloy-Baillon is only a few miles from the British front line, and most of these men were on their way to the vast, pointless slaughter we dignify with the title of the Battle of the Somme.
Posted by John at 9:53 AM