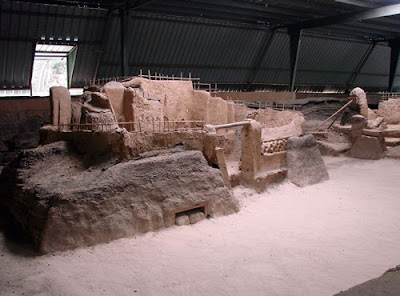 Joya de Ceren is an amazing archaeological site in el Salvador with what may be the most extraordinary preservation in all of archaeology. Excavations at the site have been ongoing since 1976, and the project now has a pretty cool web site with lots of computer visualizations. 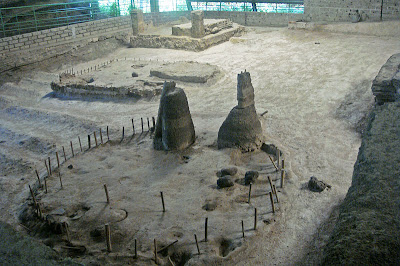 In about AD 600, a volcano erupted and buried an ordinary village in 5 to 7 meters of ash (15 to 23 feet). The inhabitants had time to escape, but they fled in a hurry, leaving almost everything behind them. 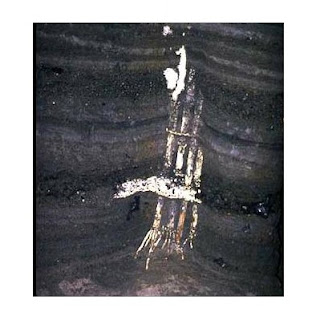 The ash settled gently on the village and preserved not just the wooden and clay walls of the houses but even the shapes of cornstalks and manioc plants. Archaeologists have been able to map gardens and show how far apart and how deeply different kinds of vegetables were planted. 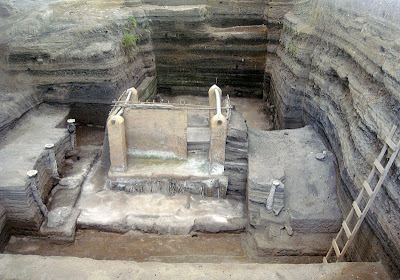 (If you're wondering how anyone found an archaeological site that was buried under 5 m of ash, it was in the usual way: by accident, during construction of grain silos.)

Joya de Ceren was a community of about 200 people, who lived in small household compounds that each contained two to five buildings. 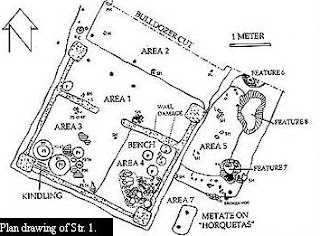 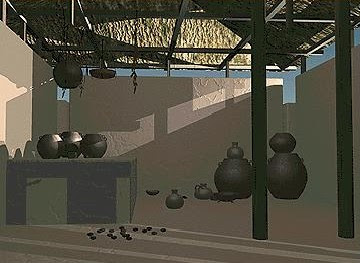 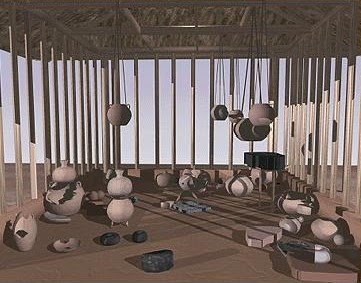 Because of the objects in the houses were still lying where they were abandoned, and the ash preserved the impressions of things like shelves and posts, the excavators have been able to recreate the interiors of the houses in great detail. The degree of continuity with the way peasants of the region lived only fifty years ago is remarkable. 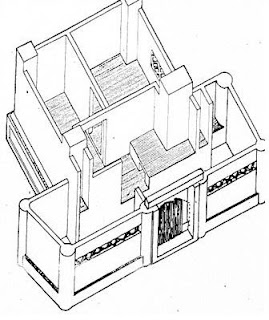 On the other hand there have been cultural changes, such as in religion. At least two religious structures were present, a small temple and what appears to be the dwelling of a shaman. 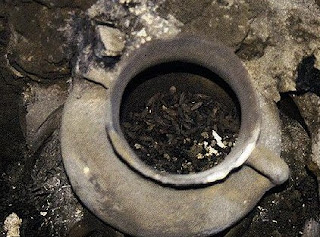 Most of the pottery on the site was strictly utilitarian and interesting mostly because of its contents; above, a pot full of squash seeds. But excavators have been surprised by the quantity of well made polychrome wares, like this vessel, which had been supposed to be part of the "elite culture" of ceremonial centers, not something a village headman or shaman would own. 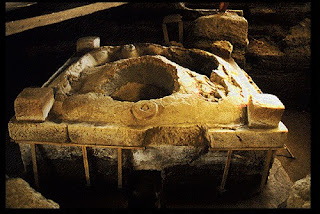 The stone bench in the communal sweat lodge.

The village is a fabulous window in a long past world, allowing its recreation in astonishing detail.
Posted by John at 12:27 PM