The American Revolution as an Economic Catastrophe 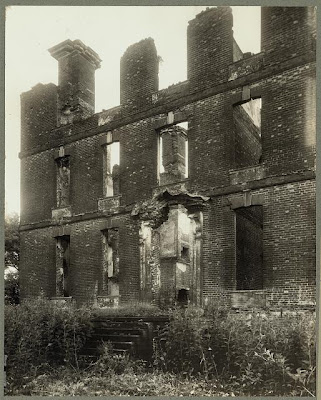 New research by Peter Lindert and Jeffrey Williamson suggests that the American Revolution was the worst economic period in our history, especially in the south:

The new estimates imply that America’s real income per capita dropped by about 22% over the quarter century 1774-1800, a decline almost as steep as during the Great Depression between 1929 and 1933, and certainly longer. If the 1790s recorded brisk growth rates (Sylla 2011: pp. 81-3), it follows that the Revolutionary War period could have been America’s greatest income slump ever. That fall may have been 28% or even higher in per-capita terms.

The economy of colonial America had been densely intertwined with that of the mother country, and the severing of those ties was intensely painful. Wartime losses in shipping, the closure of ports, the destruction wrought by British forces and their Indian allies, and the flight of many wealthy royalists caused further pain. The major cities (Boston, New York, Philadelphia, and Charleston) were especially hard hit.

At least the cities rebounded strongly in the early 1800s. In some of the places I work, especially around the western shore of the Chesapeake Bay, the economy did not recover from this disaster until after World War II. From being one of the richest places in the world in 1750, the Chesapeake became a poor backwater by 1820. In many Virginia and Maryland counties, population peaked in 1790 or 1800 and then declined by around 25%, not recovering until the 20th century. Towns that had been based on the tobacco trade disappeared (Port Tobacco, Maryland and Dumfries, Virginia, for example). Grand houses were abandoned and collapsed, or were not rebuilt after they burned. Wealthy families that had not invested in western lands slid into genteel poverty. Thousands of acres of ruined farmland was abandoned and seized by counties for unpaid taxes, and sometimes when they tried to auction it off, nobody bid. The people moved west by the tens of thousands, settling Kentucky, Tennessee, Mississippi, Alabama, Texas, and Missouri.
Posted by John at 11:38 AM