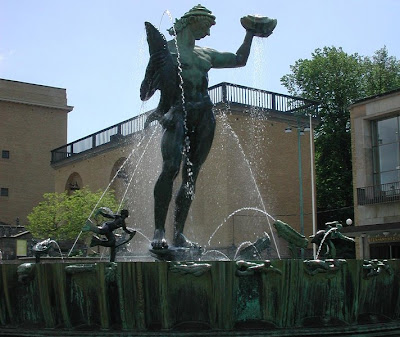 Carl Milles (1875-1955) was a Swedish sculptor who spent many years in America, leaving numerous works in both countries. He is probably most famous for his fountains; above is Poseidon, in Gothenburg. He installed multiple copies of some of his works in different parts of the world, so I have had trouble getting correct dates for some of the statues. 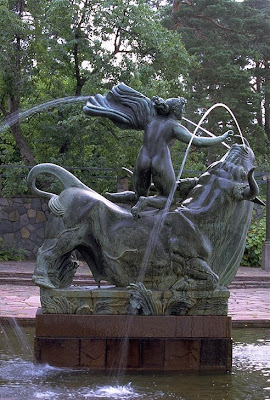 He was a classicist in two senses: most of his works depict classical subjects, and his style was based on classical proportions that he modified into something that draws on both muscular socialist realism and the perspective distortions of modernism. Above, the version of Europa on the Bull in Stockholm 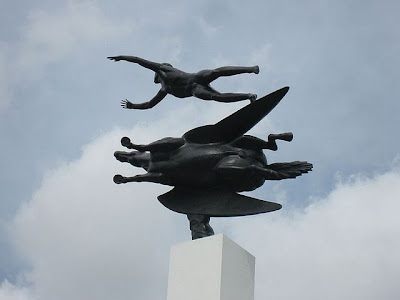 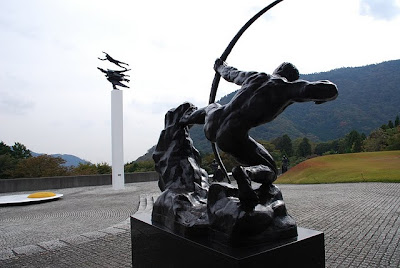 My favorite of his works is Man and Pegasus, a wonderful evocation of flight that connects human flight both to the world of myth and to our desire to copy natural, flying things. 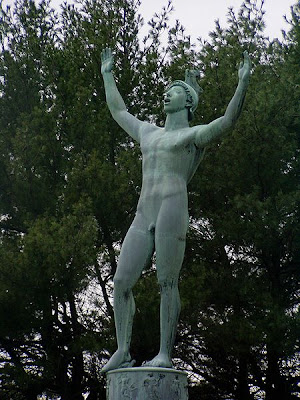 Sunsinger (1926) uses a form that is a near copy of an archaic Greek kouros to celebrate nature in a way that seems more Egyptian or Nordic to me than Greek. 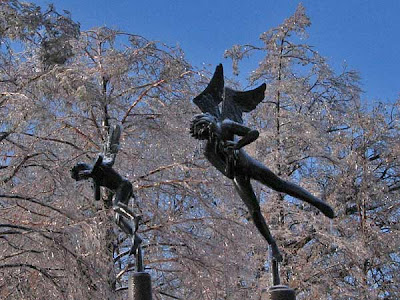 Two of Milles' Playing Angels at the Missouri Botanical Garden, after an ice storm. 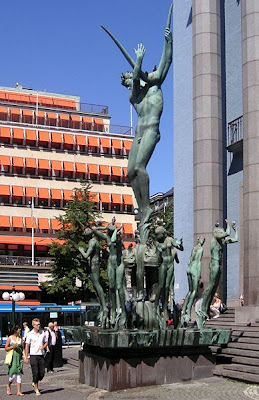 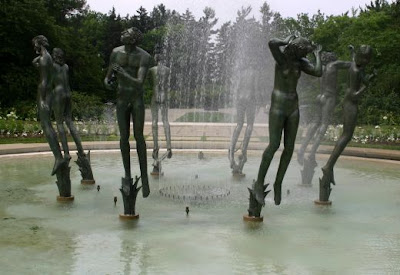 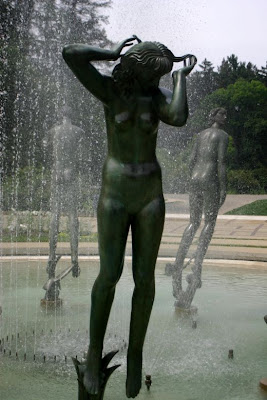 This is the Orfeus Fountain (1936) at the Cranbrook Educational Community in Michigan. 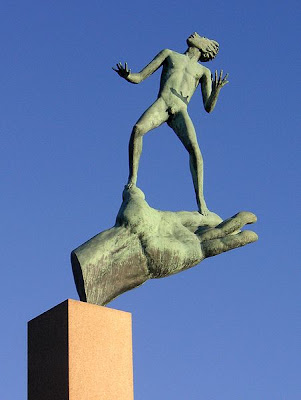 His last major work, God's Hand, (1953). I like these works, and they speak to me about the difficulty of working as a classical artist in a world devoted to novelty.
Posted by John at 12:49 PM