Europeans Try to Recover their Forests 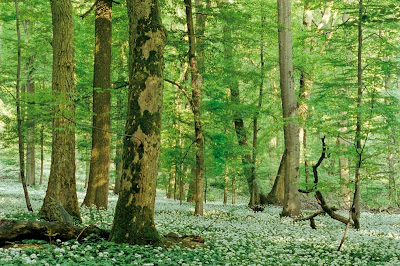 A few thousand acres of beech forest in Germany have just been made part of a UNESCO World Heritage Site that goes by the unwieldy name of the Primeval Beech Forests of the Carpathians and the Ancient Beech Forests of Germany. 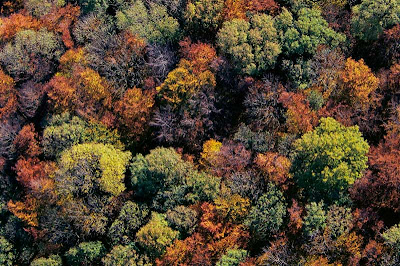 Reading some of the documentation for this nomination I was struck by how little of Europe's ancient landscape remains and how attached some Europeans have become to those remnants. Not that Europe is short of forests -- on the contrary it has millions of acres of forests, and that area continues to grow. But except in a few remote and rugged areas those forests have been intensely managed for centuries. In many places the natural beech and elm trees were replaced with pines and oaks that were more useful for timber (especially timber for building ships). In some intensely managed forests trees were allowed to fully mature but were then cut down at the first sign of aging or ill health, so that no trees ever died naturally and no logs ever littered the forest floor:

Due to human intervention and because timber use is complete long before the onset of decay, we have grown unaccustomed to the sight of ageing and dying trees.

To an American this is downright weird; the woods near by house are so choked by fallen trees that it is hard to walk off the trails. 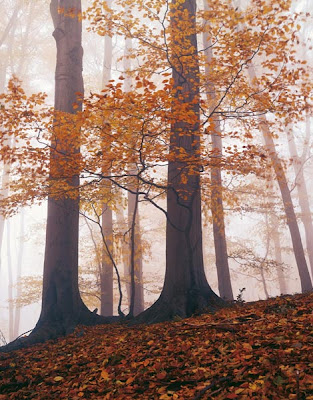 I noticed that the German foresters did not refer even to the areas they nominated for Heritage status as "natural," just "near-natural." And despite the millions of acres of forest in Germany they could only fine 5,000 hectares, or 12,000 acres, of beech forest that they thought was even "near-natural." 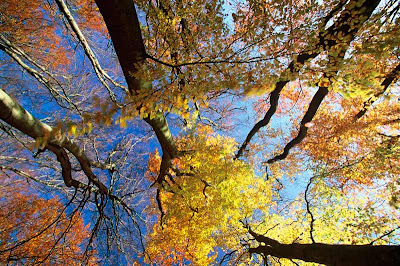 One of the impressions I took away from Europe was that every scrap of ground had a purpose. If there were woods, it was because they had been set aside as a park, and every wood had a grand-sounding name even if it was only 500 trees. If there was a meadow, it was a Meadow Park or a Recognized Natural Meadow or something. There was no place that was overgrown just because nobody knew what else to do with it. 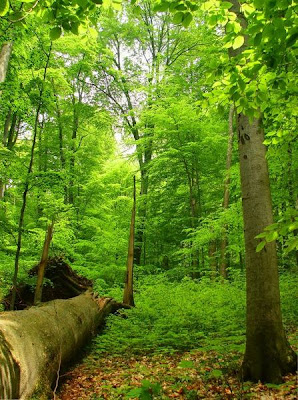 In the western US you can drive for hours without seeing anything that smacks of usefulness other than the road itself and the telephone poles beside it, but in the Old World such waste has been unheard of for centuries. The result is a shortage of places that can be called in any sense "natural." The point of setting aside these heritage areas is to let nature run its course, so there will be places where things live and die and rot in a more or less natural way, and where people can watch those things happen.
Posted by John at 8:24 AM

I take a different message away from the European reverence for beech forest (though I don't disagree with your comments re: "natural" and "near natural."

On a recent trip to Italy, I was once again impressed by the European avoidance of urban sprawl. By regarding these "unfarmed" (in the traditional sense) scraps of land as useful, Europe has done much to preserve its environment.

I was particularly struck by this during our time in Abruzzi, which is moderately off the tourist track. We drove through a beautiful valley near (and through) the Abruzzi National Park. Later we walked the same route. The "wild area" we had driven through was pockmarked with one little farm or pasture after another. It was... beautiful. The national park is surrounded by an area that has some limitations, looking toward the proximal edge of the park, but still being used & considered productive. This integration... something very fine about it all.