Castle of the Day: Hotynska, Ukraine 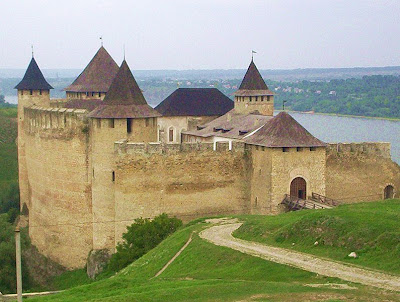 This castle is also called Khotyn on some web sites. (Wikipedia gives Khotyn as the English along with: Ukrainian: Хотинська фортеця, Polish: twierdza w Chocimiu, Turkish: Hotin Kalesi, Romanian: Cetatea Hotinului). Located on the Dniester River. The first fortress on this spot was built by the Kievan Rus in the 10th century. A major castle was begun in the 1260s by Prince Danylo of Halich. After that it was modified or added to by many others, including the Genoese and two Moldavian princes. What you see here dates mainly to the 14th century. In 1621 a major battle was fought here between the Polish-Lithuanian state and the Turks; the Poles won, and they retook the castle, which the Turks had seized. Beloved of Soviet filmmakers, the castle has appeared in dozens of movies, including Ivanhoe, The Arrows of Robin Hood, and The Three Musketeers. 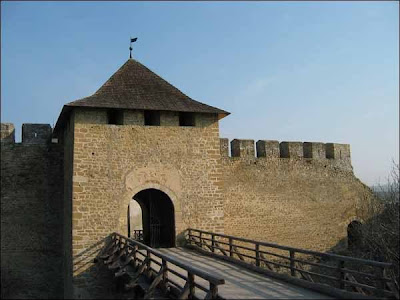 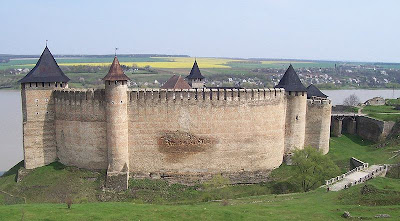 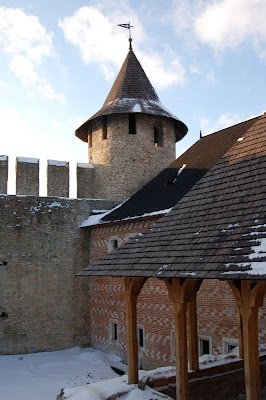