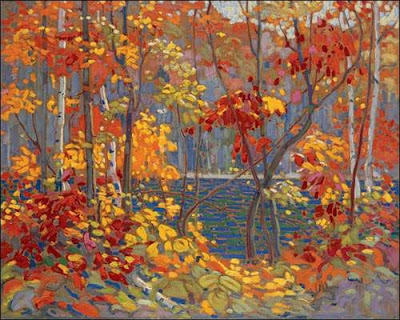 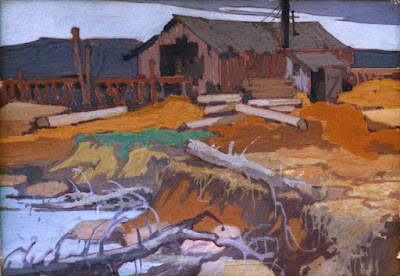 Born into a working class family in Ontario, he was apprenticed in a machine shop, but was fired for being habitually late. He tried to sign up for the Boer War, but was rejected for medical reasons. (Logging Camp, 1910) 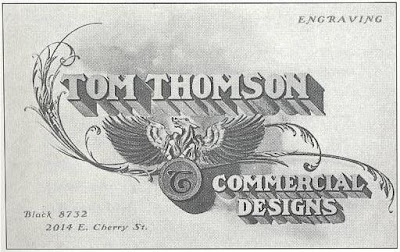 He started learning to draw and worked for years in various design shops and printing firms; this is one of his self-designed business cards. At his last such employer, Grip Ltd., he met a group of painters and began to make artistic trips with them. So far as we know he never took an art class, although he must have been instructed in engraving and so on in his jobs. 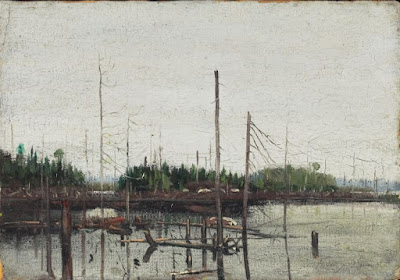 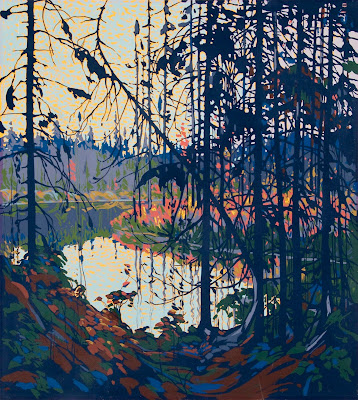 But he still worked part time to support himself, for example as a fire ranger in Algonquin Park. He loved the north woods and spent as much time as he could there, fishing, hiking, and painting. (Northern River, 1914) 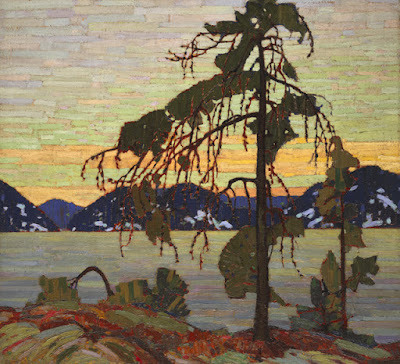 On July 8, 1917, Thompson disappeared while on a fishing trip on Algonquian Lake. His body was found eight days later. (The Jack Pine, 1916) 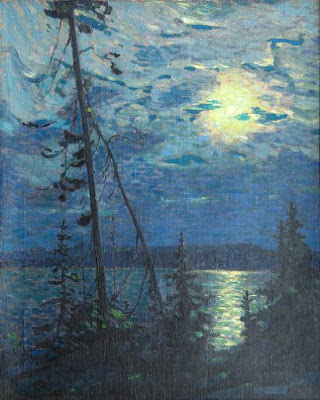 People have wondered what really happened to him ever since. There have been books, documentaries, tv episodes, etc., speculating that he was murdered by a rival or committed suicide because of some great scandal, and also theories that the body in his supposed grave is the wrong height or race. But nothing has ever been proved to the satisfaction of skeptics. (Moonlight, 1916)
Posted by John at 6:58 PM