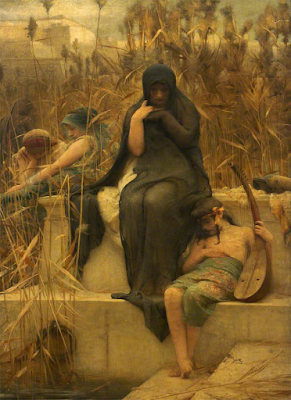 Arthur Hacker (1858-1919) was born into an artistic, middle-class family, his father an engraver and part-time government functionary. He attended the Royal Academy and then embarked on a modestly successful painting career. In fact he has one of the briefest and most boring biographies of any artist I have ever researched. But I was struck by this painting, By the Waters of Babylon, so I am posting about him anyway. 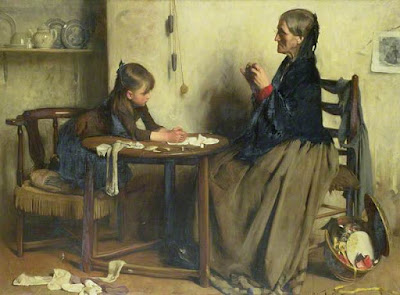 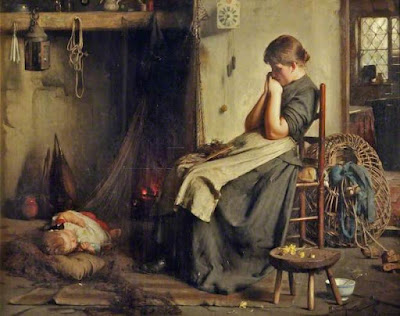 Two domestic scenes A Difficulty and The Fisherman's Wife (1885). Is there anybody out there who knows enough about sewing to guess what is the difficulty with which the girls needs grandmotherly assistance? 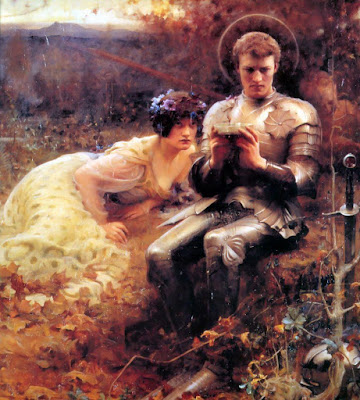 This is the work of Hacker's most reproduced online – mainly on the Tumblrs of young female art fanciers. The Temptation of Sir Galahad. (1897) Between the halo and the plate armor I think she is going to have a difficult time luring him very far astray. 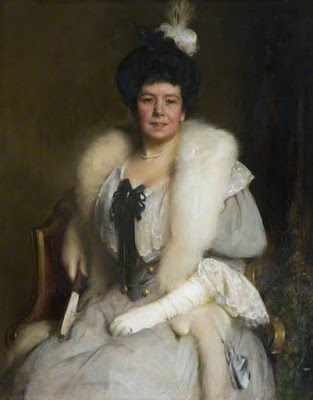 Like most 19th-century painters Hacker did a lot of portraits. His are of widely varying quality, some clumsy but others impressive. This is Charlotte Ferguson of Largham, obviously a true pillar of society, on the board of every charitable organization, with all the right opinions and a terror to those of her class who act beneath their station. Or so I imagine. 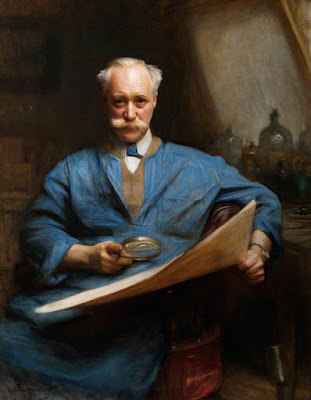 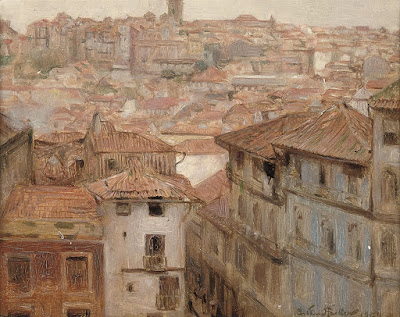 Oporto, Portugal, painted in an impressionist sort of style. 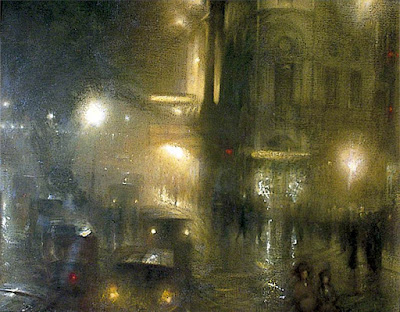 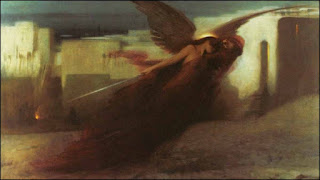 But it is the mythological and religious scenes that grab me. Here is A Great Cry in Egypt, 1897. 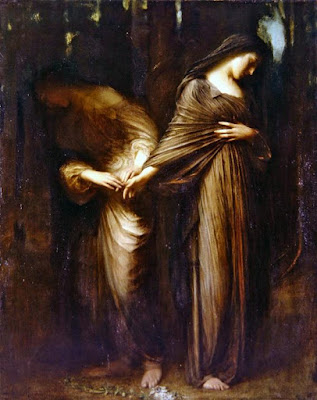