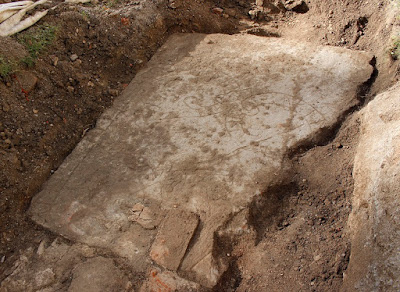 In Sweden recently archaeologists were monitoring some backhoe work near an old church at Hagby in the Uppland district. A large stone emerged, which when cleaned off turned out to be a Viking runestone. 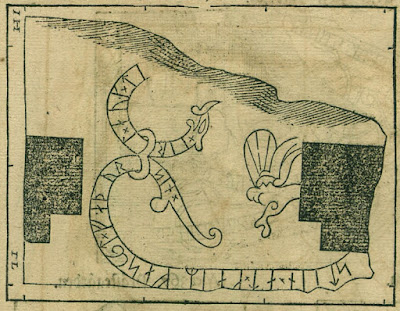 This particular runestone had once been well known, as this 17th-century woodcut shows. But in the 1830s Hagby Church was rebuilt, and the stone was lost. 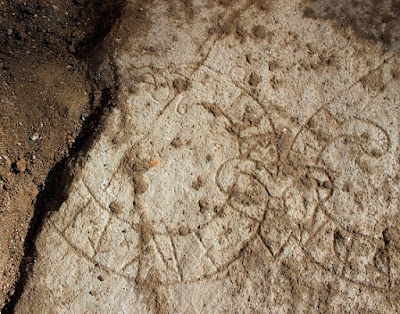 And found. My favorite part of the account of this discovery at The History Blog is this:


Although the stone is unsigned, the decorative style is recognizable as the work of a rune carver named Fot who was working in the mid-11th century. He worked in southern Uppland is believed to have carved more than 40 rune stones.

I confess that I have been reading about Viking runestones for 25 years but until now I never knew that some of the carvers signed their work. 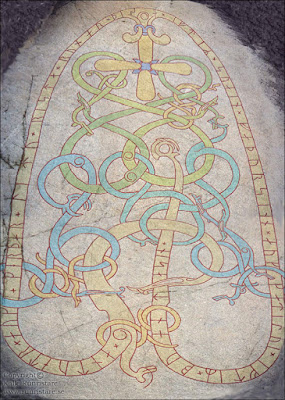 Here is another of Fot's works, with false color added to make the design stand out. 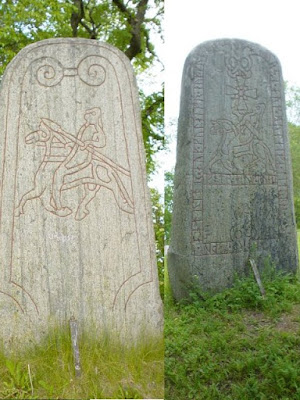 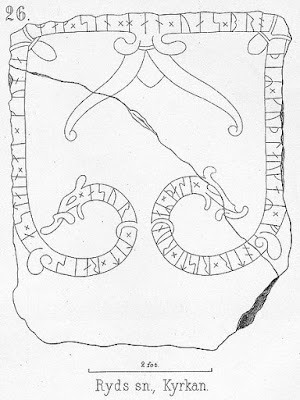 And a drawing of another stone signed by Fot, no doubt one of the stones that caused the one at Hagby to be identified as Fot's work. Amazing, the things that survive from a thousand years ago.
Posted by John at 8:38 AM