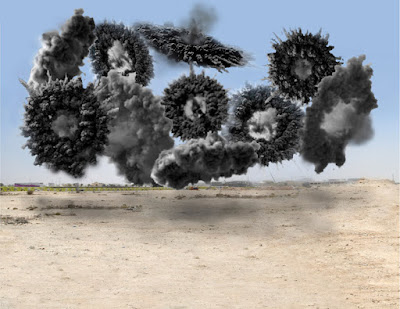 Cai Guo-Qiang was born in China, moved to Japan in 1986 to pursue his art education, and now lives mostly in the US. He is one of the world's most successful artists right now. His most famous works are his fireworks installations, so that is where I will start. 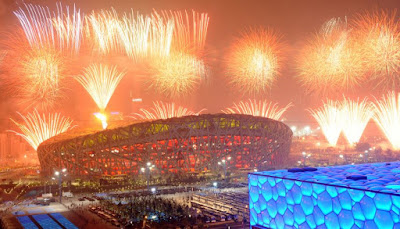 Cai did the fireworks for the opening ceremony of the Beijing Olympics, if you saw any of that. Which is interesting because Cai's father was an artist who was ruined during the Cultural Revolution, and Cai's first famous work was a commentary on the 1989 Tiananmen Square crackdown. (He built a shanty like those in the square and burned it down.) And yet it was the Olympics more than any other production that made him a star. So Cai seems to have a complex relationship with the Chinese state. 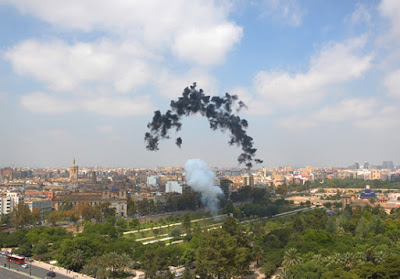 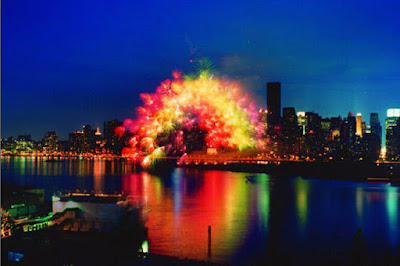 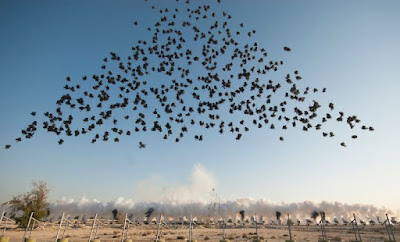 The Olympics display showed his technical virtuosity but most of his work is less grandiose. I especially love his daylight works, using black or colored power. 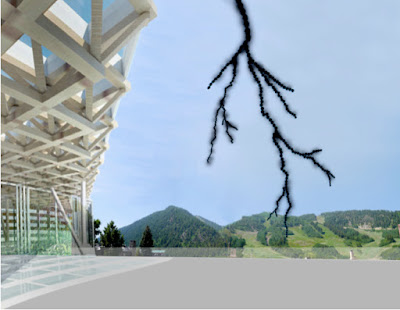 This is Black Lightning, which Cai did for the opening of the Aspen Art Museum a few years ago. 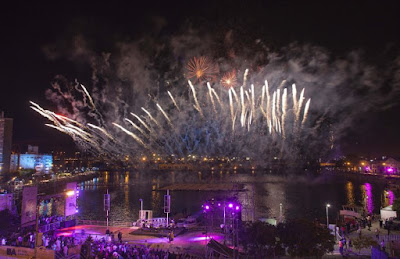 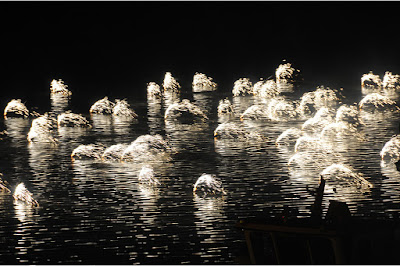 Two images of a display he put on in Argentina, Life is a Milonga. 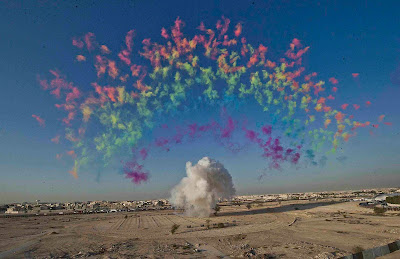 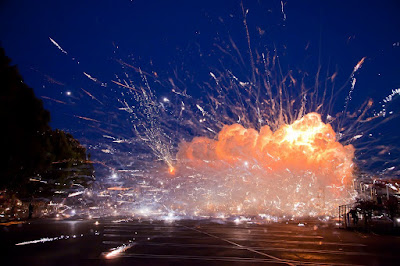 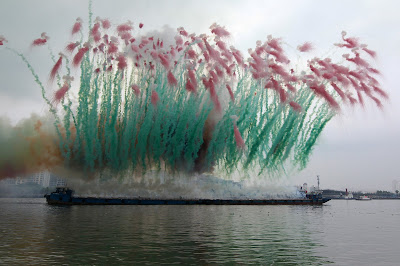 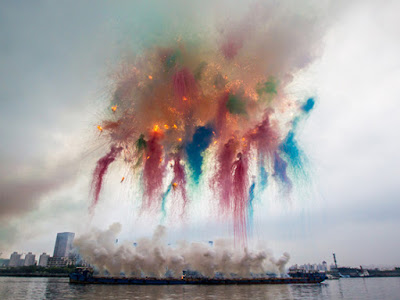 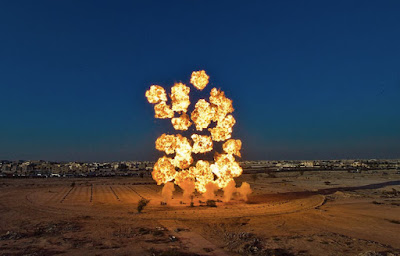 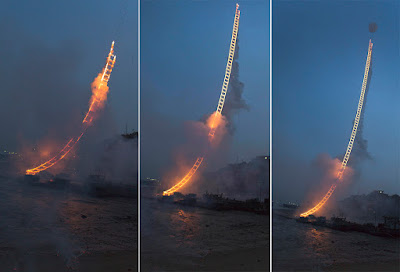 Stills from the video Sky Ladder, from Netflix; trailer here.
Posted by John at 11:12 AM