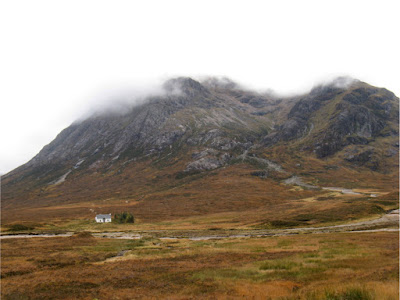 
In his recent book Wild Kingdom, Stephen Moss emphasizes the agricultural underpinnings of much of Britain's "wild" landscapes; "Everything I can see, all around me, has been shaped – and indeed is still being shaped – by human hand." Moss is reiterating a point made nearly forty years ago by Richard Mabey in his breakthrough work The Common Ground (1980). "What we had regarded as a natural landscape was a much more complex product of growth and husbandry", Mabey wrote. "The turf of the southern chalk downs . . . turned out to be the product of extensive sheep-grazing . . . . The wild sweeps of moorland in the Scottish Highlands had been created by a massive program of forest clearance. The Norfolk Broads were the flooded remains of medieval peat mines."

The zoologist and activist George Monbiot has spoken frequently of the problem of "shifting baseline syndrome" in ecology; that is, the conviction that the circumstances to which one has become accustomed – the landscape in which one grew up, for example – are the "correct" circumstances, the default setting. The term can be usefully applied to our attitudes towards the "wild sweeps of moorland" of which Mabey wrote. The objective position is that these are denuded monocultures, industrial badlands stripped of biodiversity by sheep-farming and grouse-rearing. In the generations since their deforestation and clearance, however, we have developed – learned? – a sincere appreciation for the starkness of the bare moor and treeless fell.

From an article in the August 19 TLS. I would add that human modification of the landscape did not begin with farming, but with our first appearance in the lands outside Africa. We transformed North America by slaughtering mastodons and the like thousands of years before agriculture.
Posted by John at 6:56 PM